Why We Need Metaphors, Character, and Common Sense

God reveals himself in metaphors. So why do we tend to read past them? 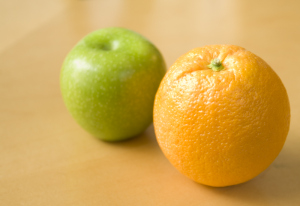 Sadly, I’m rather confident that this step will be ignored by most of my readers. However, metaphors are like a treasure map for biblical interpretation. A wealth of insights lies buried beneath their verbal imagery.

Consider Romans 5–8. We orient ourselves by first identifying its key metaphors. “Sin” for example is depicted as a slave master that reigns over us and pays us a “wage” of death. If we miss this pervasive imagery, we will quickly go adrift and sink in murky waters of Romans 7 before anchoring at the shores of chapter 8.

We unconsciously use metaphors everyday. Unlike my last paragraph, most metaphors are subtle.

Humans throughout history and across cultures––like those in the Bible––have employed various images as a way of saying more than the “plain meaning” of the words themselves. Abstract ideas are expressed in concrete language.

The word “salvation” itself is a metaphor (“being saved”). It is explained using countless other terms, like redemption, atonement, justification, glorification, adoption, election, union, forgiveness, washing, resurrection, rebirth, etc . . .

We take metaphors for granted. Though having eyes, we do not see them. Regaining the ability to see these word pictures and symbolic analogies takes practice. It’s a skill that is lost when we are casual about words. This is most tragic when we’re talking about the words of God.

Here are a view books that examine how metaphors are used either in Scripture or in modern cultures.

Metaphors, Culture, and Worldview: The Case of American English and the Chinese Language

Bad memory? Forget about it.

Some people think they have to be super smart, analytical, or have a great memory to understand the Bible. Such ideas are mistaken. There are a few reasons for this.

These six steps are also easy to remember because they can naturally be lumped into three commonly used word groups: 上下 (shàngxià, “before and after”), 主脉 (zhǔmài, “main thread”), 比喻 (bǐyù, “analogies/metaphors”). Therefore, even if one were to forget these six Chinese characters, their meaning is built into three simple words.

2. What we really needed is a little more imagination.

When we understand that the Bible is one big narrative, not merely a patched together collection of little stories, then we can more easily enter into that grand narrative. The biblical story becomes our story. No one has to “memorize” their life story.

At that point, interpretation can become more and more instinctive rather than mechanical. That is, the biblical story increasing acts as a lens for seeing the world. It becomes the context in which we live rather than a theological argument we look at.

If you want to read more on this, here are two great books.

The Drama of Scripture (by Craig Bartholomew and Michael Goheen)

The Drama of Doctrine: A Canonical Linguistic Approach to Christian Doctrine (by Kevin Vanhoozer)

If you review the process I have laid out in this series, you will notice that there is nothing at all that requires “brilliance” or a PhD in theology. More than anything, it simply requires us to slow down.

Step one is essentially paraphrasing. Step two asks us to give our impressions. They don’t even have to be right! Step three doesn’t ask us to do anything beyond what we do everyday that we read email, a web page, or any other book. Step four is simply asking questions about what we don’t know. In fact, we need only admit we don’t know everything. The final and fifth step tells us to go back slowly over the text again, explaining each sentence and paragraph, one by one, using what you’ve observed.

More than anything, we need character.

If “common sense” is defined as the most basic knowledge we use everyday, then reading the Bible requires nothing more than some common sense. Why? At one level, we are using the same words that you’ll find on a blog or in a magazine.

Why? In part, it’s because we think basic biblical interpretation is harder than it is. In so doing ourselves, we open ourselves to so many other deceptions.

In an upcoming post, I’ll suggest a few ways we should not teach biblical interpretation. 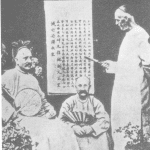 February 11, 2014 Do We Give Chinese Christians Too Much Face?
Recent Comments
0 | Leave a Comment
"I watch the older shows: "Hogan's Heroes", "Gilligan's Island", "Gunsmoke", "Tim Conway" Back then you ..."
Guthrum Status Seeking and the Media We ..."
"Yes. Bathsheba could say no. Israel's Kings were subject to the law and the prophets ..."
Johnny Davis Reviewing Rachel Welcher’s Talking Back to Purity ..."
"Not in 7 years like in the Christian Taiping Rebellion!"
Christian Thoughts on China’s “New” Regulations on ..."
"How do you get hold of this book?"
John Wood A Dictionary for Learning Theological Chinese
Browse Our Archives
get the latest from
Jackson Wu
Sign up for our newsletter
POPULAR AT PATHEOS Evangelical
1