Previously, I suggested what I think is a more biblical perspective of monotheism (compared to conventional ways of thinking about the subject). In the last post, I applied these ideas to apologetics. 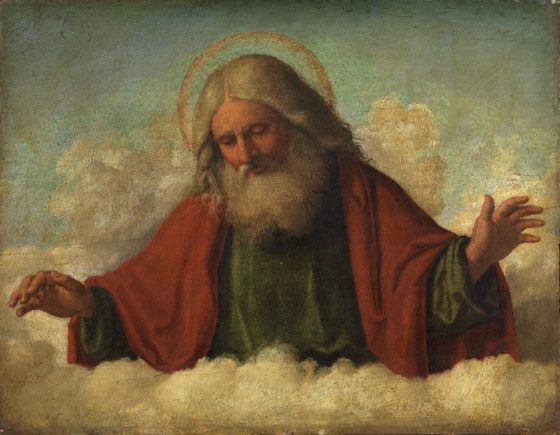 In this post, I suggest a few specific applications. Biblical monotheism should alter the way we talk with unbelievers. We should emphasize the following points.

Realize that the biblical writers did not directly confront modern atheism. In fact, they wanted to disprove other gods’ existence, not prove theism.

“Theism” is merely correct. When we settle for theism, we compromise biblical monotheism.

He is not an abstract God.

God provides all nations food and drink through nature. Furthermore, he saved Israel from Egypt, sent them into exile for being unfaithful, and incarnated in Christ, who was raised from the dead. He will also raise us up and give us renewed physical bodies.

The one true God is only hope for harmony.

Consider two points, one positive and one negative.

1. God is the Father of the human family.

Paul repeated emphasizes this conclusion. Most famously, he tells the Greek philosophers in Athens:

[God] made from one man every nation of mankind to live on all the face of the earth, . . . he is actually not far from each one of us, for “In him we live and move and have our being”; as even some of your own poets have said, “For we are indeed his offspring.” Being then God’s offspring, we ought not to think that the divine being is like gold or silver or stone, an image formed by the art and imagination of man. (Acts 17:26–29)

In Eph 2:15, Paul explains that Christ reconciled Jews and Gentiles in order to create one new humanity. Accordingly, he then says that God is the “Father, from whom every family in heaven and on earth is named” (Eph 3:14–15). Finally, in Eph 4:4–6, we read,

There is one body and one Spirit—just as you were called to the one hope that belongs to your call— one Lord, one faith, one baptism, one God and Father of all, who is over all and through all and in all.

Some people don’t like mentioning this point, yet Paul’s words are rather direct. I have a friend who always resists me on this point, not unbelievers to get confused and think they are a part of God’s family. I understand the concern. However, according to that logic, we had all better not use the prodigal son story (Luke 15) for evangelism.

Perhaps, we can say that unbelievers are estranged and will eventually be cast out of the family if they don’t repent? I’m just thinking out loud.

2. Polytheism and atheism lead to disharmony.

Polytheism supposes that many gods more-or-less have equal or comparable power. They are in charge various spheres. Naturally, this leads to territorialism whereby one group of people claim that their god is better and stronger than some other people’s god.

Atheism leads to tribalism. Essentially, if the one true God does not have authority over everything, then localism or regionalism runs amuck. People, sooner or later, will break into faction. As different local perspectives have increased conflict, violence inevitably results.

In the end, we arrive at a kind of thinking that says, “Truth grows out of the barrel of a gun.”