This post is the third in a series replying to Doug Coleman’s thoughtful questions about the meaning of sin in view of honor and shame.

Doug is correct when he says, “If we are to honor God, we must know what that means.” Therefore, in this post, I address this question: “How do we help people understand how sin expresses itself in concrete ways?”

Simply put, we do this by teaching the entire Bible. Because the essence of sin is the contrast of God’s character, people need to see what the Lord is like as he has revealed Himself in concrete ways in history.

The relationship between God and Israel becomes a microcosm for understanding both who God is and how people relate to Him, whether in a right or wrong way. By analogy, we may think that we can sing pretty well when taking a shower, . . . and then we listen to people like a Whitney Houston and Celine Dion only to realize we fall far short of excellence.

I think we may in fact make it more difficult for some people to grasp what sin is when we simply say that it is “breaking God’s law” or something similar.

On the one hand, people don’t know who this God is. They don’t understand his character. What kind of God are we talking about? What sort of actions and attitudes do not reflect his worth? Many Westerners assume the Christian God whenever they talk about “God.” We can’t make that other people share this view.

On the other hand, people have different assumptions about the meaning of “law.” They may think laws are too abstract and mere tools that powerful people use to oppress the common people. Also, in a culture that emphasizes relationship, they may not see the significance of keeping a “law” when in fact laws are supposed to help people. In other words, talking about “breaking God’s law” may come off irrelevant because they don’t see how this affects relationship.

Once again, we need to establish a better biblical context if people are to understand the character of God and the significance of the Law.

The Law is Specific

This brings me to my final point in response to Doug’s comments.

Paul speaks of sin’s existence before the Law was given. He rightly notes that Rom 5:13–14 refers to the Mosaic Law, not just any law. (I wish more people realized this as well because it would change the way people read the Law throughout Romans).

However, he adds, “In a non-technical sense, God’s command to Adam and Eve surely could be described as a law.”

Doug suggestion directly hits on a tendency that I want to resist––treating every command as though it were using a law-metaphor. We know this from everyday experience. A mother and father can give a command, but we don’t call it a “law.” This is a mixing of metaphors. When doing theology, we need to be slow to claim a law framework when it’s not actually there.

Disobedience to an authority is disrespectful, dishonoring, and a disruption to the relationship.

Do we overthrow the law? By no means!

So, to paraphrase Paul, “Do we then overthrow the law by honor and shame? By no means! On the contrary, we uphold the law!”

Why? Like any metaphor, even legal language is context specific. The significance of a term depends on a broader context. Accordingly, I can’t be accused of opposing or trivializing the law-metaphor. In fact, I want to redeem the law-metaphor, as it is understood within a biblical context.

When reading the Bible from an honor-shame perspective, we are freshly reminded that the Mosaic Law is an ancient covenant. Therefore, it describes who God is, establishes the collective identity of Israel as God’s people, and expresses what constitutes honorable (or shameful) behavior.

God is a king, not merely a judge. A king is a judge, but a judge is not necessarily a king. I too often see people reduce the “law” to a general set of rules, according to which God judges people “guilty” or “innocent.” God is reduced from a king to a mere administrator of juridical law.

In other words, God’s law becomes merely legal, not regal.

When we actually teach the Law as a covenant, we will be overwhelmed with issues of honor and shame. We see the relational significance of breaking covenant by the way that writers describe it. For example, in Ezekiel and Hosea, Israel’s unfaithfulness is compared to an adulteress and is even called a “whore.”

Breaking covenant is breaking a relationship. People in honor-shame cultures get that idea. This is why biblical theology is so important.

When we understand the law from this perspective, we are reminded that the law is made for people, not people for the law.

Honoring God in relationship––that’s the goal. Everything less is sin. 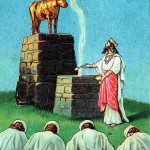 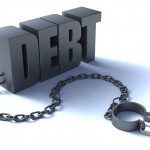