In a previous post, I responded to Doug Coleman’s question about the meaning of sin, including how “missing the mark” relates to shame and law language. In his reply, I think he really gets at the crux of the matter. Given the feedback I’ve heard from readers, I suspect having this conversation in public helps answer similar questions that other people also have.

First of all, I agree when Doug says,

“So, I’m not suggesting that sin is simply a matter of law-language. (At the same time, it is not something less, or other, than this.) It seems that Jackson and I agree on this point.”

We should appreciate the way metaphors work in parallel such that they do not always need either to be ranked or set in contrast. By analogy, we wouldn’t do this with a particular woman’s role or identity as a “mom” and a “wife.” They are both true from a certain perspective. Context would decide whether she is called one or the other in a given circumstance. Similarly, we would not say there is a tension between saying she is a “woman” and a “mom.” One presumes the other.

Doug’s comments (below) get at the core issue here. He writes,

. . . this still leaves a critical question undefined: How do we know if we have dishonored God? At a very practical level, what does it mean to dishonor God? By what standard is that determined?

In the end, this matters most because if we’re not clear on this point—defining “dishonoring of God”—a gospel message using honor/shame terms could be heard only in terms of how a particular culture defines and describes honor and shame.

…Ultimately, my point here is that dishonoring of God must be defined, and it must be defined biblically. Whether we define it in respect to the law or in respect to God’s character or nature, there is still a standard (a “mark” if you will), something that makes the act, attitude, or thought sin or evil, and therefore dishonoring to God. If we are to honor God, we must know what that means. And the content must be biblical. I think we agree here, but I want to be sure.

Doug’s point is spot on. We do not want contemporary norms of honor and shame to replace a more biblical perspective.

A measure of grace has to be given when trying to formulate a “definition” of a word. With that said, it’s possible to say that “sin” is anything that does not reflect the character and worth of God. Jayson’s reply in the comments section provides a list of ways that one might express this idea.

This would be consistent with passages that people have a hard time explaining, such as when someone unknowingly and unintentionally does wrong (like touching an unclean thing yet is considered to have sinned, Lev 5:2–3; cf. Lev 4:22, 27).

Likewise, we can understand the symbolism of offering a “sin offering” due to a woman’s menstruation (Lev 12:6; 15:30). God is pure. Sin represents impurity and defilement, thus something of less or no value.

Does Sin Depend on Culture?

Though culture does not ultimately determine what is honorable and shameful, we must recognize that people in different contexts do have their own ways of conveying honor to God. In contrast, certain actions may be regarded as shameful regard for God. In those instances, a person may sin because they do not act according to their faith.

Take Rom 14 for example. In vv. 1–2, Paul clearly shows who he regards as right (“strong”) and wrong (“weak”) on the debatable issue of diet. In vv. 5–6, he even says the weak brother (who misunderstands the truth) nevertheless can glorify God:

Paul is even more to point in Rom 14:23: “But whoever has doubts is condemned if he eats, because the eating is not from faith. For whatever does not proceed from faith is sin.”

In other words, there are instances where someone doesn’t break any explicit “law” or rule yet does not act in faith towards God. Consequently, they do not honor the Lord. For them, it is sin, even if a person was technically allowed to do something (like eat meat).

To put is another way, one “sins” in this case because he or she dishonors God, not because of “guilt” by breaking any specific law command.

**This post is long enough for now. I’ll continue my response in the next post. I’ll address the question, “How do we help people understand how sin expresses itself in concrete ways?” 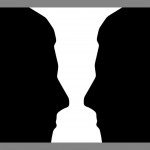 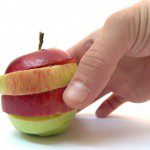