What image comes to mind when you think of a Chinese pastor? Meek and mild? Bold and tireless? 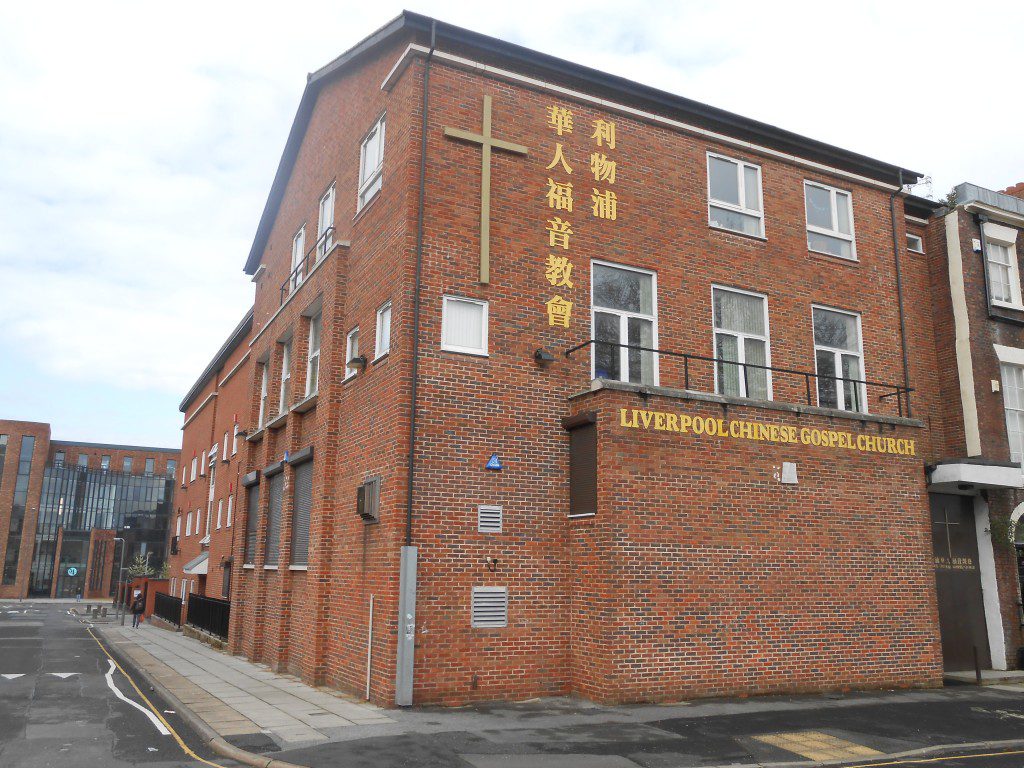 Often, Chinese pastors are very daring in their evangelism; sadly, that boldness does not always serve them well when it comes to shepherding their churches. I’ve said before that one of the more critical needs in the Chinese church is theological training. One area is particular is ecclesiology––the doctrine of the church.

In this post, I will use a news story from earlier this year as as a case study. Various sites, such as Christianity Today, reported that Chinese mega-pastor Yuan ZhiMing was accused of raping Chai Ling, founder of All Girls Allowed (AGA). The story gives us reason to consider the role and perception of the pastor within a Chinese, honor-shame context.

Below, I’ll offer my thoughts on the situation as a way of turning our attention to key areas of concern for anyone working with/as pastors in honor-shame oriented cultures. (Previously, I wrote an article discussing church leadership in China’s honor-shame culture. It’s called “Authority in a Collectivist Church: Identifying Crucial Concerns for a Chinese Ecclesiology.”)

Pastor as Face of the Church

Pastors do not face discipline by churches. If someone in the congregation doesn’t like something about what the pastor is doing––even sin––it’s almost always the congregant who is expected to leave. Compared to Western churches, there is a closer identification in Chinese churches between the pastor and the church itself. It’s rare to see congregants openly challenge or question their pastor. Even minor disagreements can be seen as “divisive” in the worst sense. 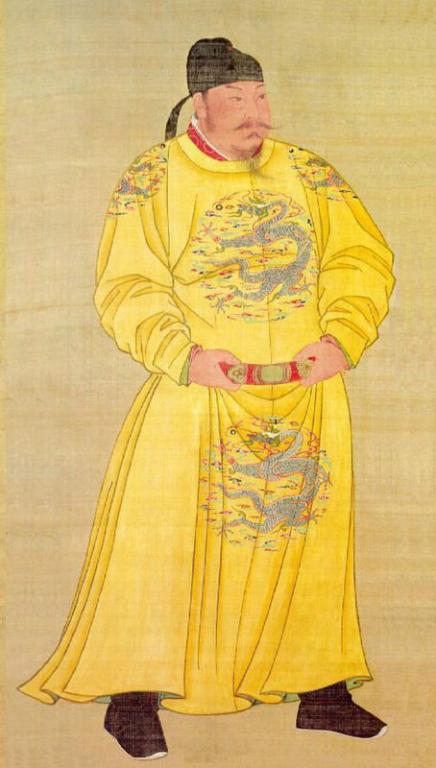 Honor-shame cultures tend to be hierarchical.

This also is a bedrock of Confucian ethics. Not surprisingly, this sort of thinking seeps into church leadership. The church is a family. So, pastors often lead like a Chinese authoritarian father. One’s authority depends on having “face” (i.e. maintaining the respect of those around you).

Of course, the key issue here is why someone has “face.” Like people around the world, Chinese pastors might subtly seek honor based on conventional standards, like title, knowledge, speaking ability, etc. Yet, when we misunderstand what it means to have “face” before God in Christ, we also begin to have skewed ideas about authority––where it comes from and how to use it.

In the Christianity Today article I mentioned above, you’ll find some insightful wording from the church staffer who said: “Pastor Yuan resigned from his pastoral duties and ministries, but not his title and position…”

Silence as a Symptom of a Problem

Both in Chinese culture and the Chinese church, conflict is most frequently dealt with silence.

People bury their anger or hurt and just don’t talk about the problem. After all, to bring up the issue would make everyone lose face and possible destroy the relationship. In Chinese culture, one’s entire life heavily depends on his or her relationships (guanxi). Therefore, Chinese are very careful not to make someone lose face or break relationship with others. After all, they made need the other person in the future.

Relationships are a very pragmatic consideration.

When I read the CT article, I was not surprised at Yuan Zhiming’s statement in the opening. He states,

“For the extramarital sexual iniquity that I once committed in 1990 before I became a born-again Christian, I once again confess my sins to God and seek his forgiveness, and offer my apologies to the party that [was] involved in that relationship.”

Problems within the church are typically handled in house. This is reflected in China Soul’s comment that the panel of pastors “[goes] far beyond the church system and has damaged the reputation and integrity of God’s church.”

Here’s the thing that’s hard for people to get on this point. The apostle Paul himself urges the Corinthians to handle legal problems among themselves, not in the courts before unbelievers.

For what have I to do with judging outsiders? Is it not those inside the church whom you are to judge? God judges those outside. “Purge the evil person from among you.” When one of you has a grievance against another, does he dare go to law before the unrighteous instead of the saints? Or do you not know that the saints will judge the world? And if the world is to be judged by you, are you incompetent to try trivial cases? Do you not know that we are to judge angels? How much more, then, matters pertaining to this life! So if you have such cases, why do you lay them before those who have no standing in the church? I say this to your shame. Can it be that there is no one among you wise enough to settle a dispute between the brothers, but brother goes to law against brother, and that before unbelievers? To have lawsuits at all with one another is already a defeat for you. Why not rather suffer wrong? Why not rather be defrauded? But you yourselves wrong and defraud––even your own brothers!

So, in principle, what Yuan Zhang says has biblical warrant; however, Paul’s words also presume a much different context where church discipline and reconciliation are possible. Specifically, Paul would never have imagined a church government where pastors were so beyond accountability, as is the case in most Chinese churches.

“Do not admit a charge against an elder except on the evidence of two or three witnesses. As for those who persist in sin, rebuke them in the presence of all, so that the rest may stand in fear.”

From a Chinese perspective, it’s very unusual for Chai Ling to make this accusation so public. However, when churches do not have sufficient accountability structures––even for pastors, a victim would feel little other option but to go public in this way.

If Yuan is in fact guilty of these accusations, what can be done? Or, what could have been done previously? A root problem here  the way pastors single-handedly rule their churches and are typically beyond accountability. There’s little to get in their way.

Of course, this whole discussion also raises fundamental questions that few people today like to discuss. For instance….

For some people, these are not easily answered questions.

What if Yuan is innocent?

In that case, we can especially see why “face” is so practical. “Face” is like one’s social currency.

Because Chai Ling has made such severe accusations against Yuan, she essentially robs him of his livelihood. To switch the metaphor, she convicts him the court of public opinion.

Westerners sometimes think “face” is nothing more than pride. Not necessarily. “Face” is about reputation. It’s the only thing we have at times. It’s the glue to social relationships. Even if you are innocent, it matters very little if someone has smeared your reputation because you will likely lose friends, opportunities, and perhaps your job.

In the context of a church, the potential that a pastor is innocent leads Paul to give Timothy the advice found in 1 Tim 5:19–20. After all, pastors are expected to be people of good character, even if they are imperfect. Accordingly, we do not want to drag them through the public mud too quickly.

This case presents a special challenge. Chances are there are not 2–3 witnesses that can speak directly to the facts of the alleged incident, whether it is consensual sex or in fact rape. This makes it tough to sort out the truth. Whatever the facts may be, people in the West tend to assume right away that the alleged victim is telling the truth.

The court of public opinion is not blind nor just. You can understand why people in Chinese culture see “face” in such practical terms. So often, justice eludes us. Victories are superficial. 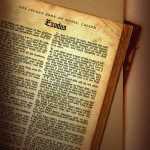 October 6, 2015
The Exodus as God's "People Planting Movement"
Next Post 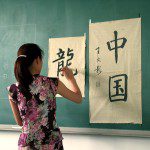 October 13, 2015 Teaching Theology in Chinese
Recent Comments
0 | Leave a Comment
"No need for comment. This article is downright offensive and insulting to the vast majority ..."
Ray How Honor and Shame Infuse Christian ..."
"Thank you, Mr. Wu, for your interesting, timely, illuminating article. I am Christian, a strong ..."
Gregor What or Who is a Christian ..."
"So this is your response to the evils of capitalism.I'm not surprised.You don't have a ..."
Bones What or Who is a Christian ..."
"But in practice his bashing extends to people beyond that."
Johnny Davis How Honor and Shame Infuse Christian ..."
Browse Our Archives
get the latest from
Jackson Wu
Sign up for our newsletter
POPULAR AT PATHEOS Evangelical
1

Why Evangelicals Are So Disliked, Part...
Cranach
Books by This Author Books by Jackson Wu

Jesus says--- Go Fishing!'
https://www.youtube.com/watch?v=N4fOJ8uoGyU
view all Evangelical blogs
What Are Your Thoughts?leave a comment
Copyright 2008-2020, Patheos. All rights reserved.