Another review of “Saving God’s Face”!

Albeit late, I recently found out that the Southeastern Theological Review included a book review of Saving God’s Face in their Winter 2014 issue.

To read their review of my book, click here.

The reviewer, Wesley Handy, does a good job summarizing key aspects of the book. He is very generous in his assessment. I am very grateful for his thoughtful critique.

I would like to throw in a just brief comment or two in response.  I need to correct or clarify a few sentences included in Handy’s review.

“Of particular concern to Wu, the West relies too heavily upon the law/guilt motif, supposedly arising out of Greco-Roman roots.”

“Perhaps there is an unwarranted assumption in Wu’s critique of Western theology. Could it be that the reason why Western theology has emphasized law/guilt is not primarily because of its Greco-Roman heritage but because of the rather large collection of laws in the Hebrew Scriptures, including the Ten Commandments?”

The big problem here is simply this: I do not assume that Western theology emphasizes law-motifs because of Greco-Roman roots. Handy speculates about something to which I pay little attention, namely, why Western theologians focus on legal themes. I simply state an observation.

Without question, law is an important biblical category. Of course, we should keep legal motifs before us. Handy and I actually agree on this point.

However, we must talk about the Law as the Bible discusses the Law. (BTW, I’m not suggesting that Handy disagrees with me on this point.)

In the Bible, writers do not stress some general sets of laws but rather the Mosaic Law, which is a royal covenant and thus functions different than merely a juridical law (whereby one is simply judged either “guilty” or “innocent.”)

Finally, the fact that the Law is important doesn’t warrant us neglecting other pervasive themes in the Bible, e.g. honor and shame. Thus, to overemphasize one theme routinely leads us to under stress other key ideas. 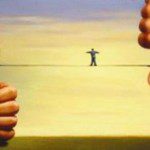 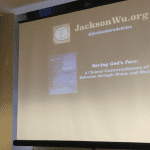 December 15, 2015 2015 ETS talks now online
Recent Comments
0 | Leave a Comment
Browse Our Archives
get the latest from
Jackson Wu
Sign up for our newsletter
POPULAR AT PATHEOS Evangelical
1

Are Women Really That Helpless?
Preventing Grace
Books by This Author Books by Jackson Wu 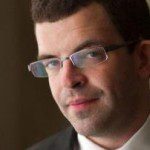 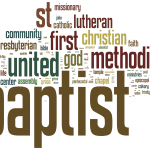