This the second half of my interview with Christine Dillon, a church planter in Taiwan with OMF International. We talk about storying in relation to honor-shame. Christine has written Telling the Gospel through Story: Evangelism that Keeps People Wanting More as well as 1-2-1 Discipleship. She has an excellent blog, which has been translated into other languages including Mandarin.

JW: What are some stories that have honor-shame significance but typically might get overlooked?

For example, David and Goliath. This is one of the most easily misapplied stories around. Many teachers focus on ‘conquering the ‘giants’ in your life…” Whereas, David sees the situation immediately. God’s glory is at stake. Or his ’face’ and ‘honour.’ If Goliath continues to win then God is ridiculed. If no one fights and defeats Goliath, then God is viewed as weak and useless.

David goes out to fight Goliath not to make a name for himself but to make God’s name known. 1 Samuel 17:45-47 says,

“ You come against me with sword and spear …but I come against you in the name of the Lord Almighty, the God …whom you have defied. This day the Lord will hand you over to me and I’ll strike you down…and the whole world will know that there is a God in Israel.”

Goliath’s loss of face is even greater because his opponent is a teenage boy so obviously inferior to him.

The whole Exodus story is about God’s face/honour/glory. As God himself makes clear in Exodus 9:13-16.

“By now I could have stretched out my hand and struck you and wiped you off the face of the earth. But I have raised you (Pharaoh) up for this very purpose that you might see my power and (through you) all the nations of the earth might know my name.”

And to know God’s name is to honour him as he deserves.

Yes, the Exodus is about saving Israel but God’s purpose is much greater. Through the ten plagues, God wants to show himself as “there is no one like me in all the earth.”

Story after story also shows people bringing shame on themselves. We are only restored through admitting our shame and accepting God’s solution. Through being united with him, we are honoured.

JW: How have you seen honor and shame influence the way people respond to your stories (e.g. which stories they like best, the issues that notice more than others, etc.)?

CD: Yes, in several ways. I think many men see quite clearly that in order to become a follower of Jesus they would first need to “lose face,” admitting their need for a Saviour, admitting that they’ve run their own lives and functioned as their own ‘king/boss/lord.’ They can see that allowing Jesus to be King means them giving up that right.

For these men, I often talk about the ‘loss of face’ that is the first step but the freedom this brings and that it is more than worth it. For to become the sons of God is a true honour and privilege.

* Stories like “Pharisee and Tax Collector”, Peter and his failure and restoration

With women or the elderly or less educated, I have an opposite problem. They often see themselves as totally unworthy and so they wouldn’t presume to ask for salvation.

They worry that they’ll dishonour Jesus because they’ll fail. With them, it is more a case of “yes, we are unworthy but God delights to give his ‘worthiness’ to us. He will raise us up and bring glory to himself through us because he loves to use the weak.”

An Easy Way to Learn a Story

Read out loud once  – slowly.

Immediately close the Bible and retell the story to yourself (again out loud to ensure you’re learning by hearing too and not skipping the hard parts). Don’t worry how poorly you do this. Knowing that we’ve missed out parts or confused them makes us pay more attention on the next read through.

Repeat process at least three times before finding someone to tell your story to. 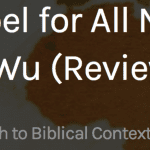 January 6, 2016
Can We Escape the Hermeneutical Spiral?
Next Post

January 18, 2016 Define "worship", not "god"
Recent Comments
0 | Leave a Comment
"That's 2 minutes I'll never get back. Political gibberish with no spiritual basis. Who selects ..."
Ray Laws are needed for those who ..."
"The great lie in CRT is that there is one white culture and one black ..."
Roger McKinney Approaching Wokeness with Generosity
"There is also the message that everyone should be excommunicated that doesnt agree with my ..."
Raymond SubChristian Caricatures of Wokeness
"6. Stop holding missionaries hostage with dysfunctional piety.This means a moratorium on avoiding responsibility by ..."
大鼻子老外 A Plea to Mission Agencies
Browse Our Archives
get the latest from
Jackson Wu
Sign up for our newsletter
POPULAR AT PATHEOS Evangelical
1 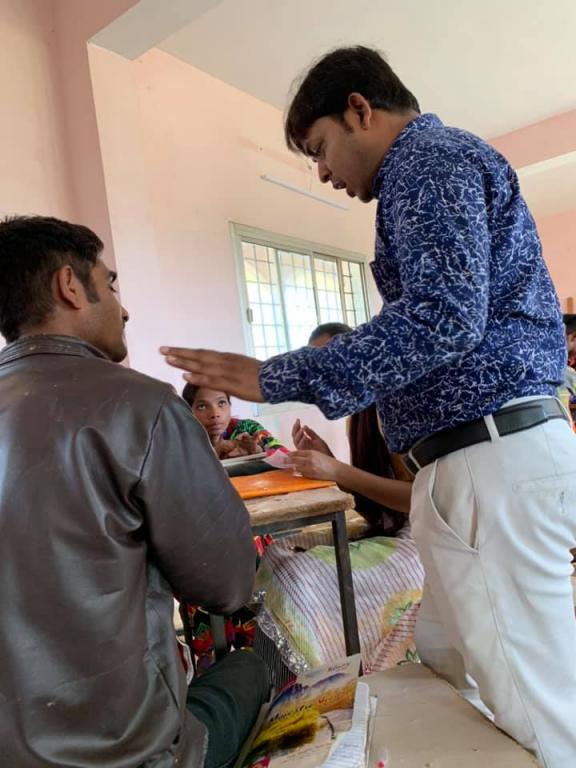