If certain missionary methods have no biblical precedent, then why do they multiply so rapidly? Pragmatism is proficient in spreading its DNA.

We need to consider how culture (including church/missionary subculture) influences our methods of ministry. Therefore, I wrote the article, “The Influence of Culture on the Evolution of Mission Methods: Using CPMs as a Case Study.”

This essay addresses an urgent need. It aims to offer suggestions from a practical perspective.

I’m often surprised that people who are familiar with my work have not see this particular article. However, I do know why that is.

It was included in the same journal issue as “There are No Church Planting Movements in the Bible“, which I was encouraged to find struck a cord with many people who have questioned the way that people have used the Bible to defend CPMs. What many don’t realize is that the second article (The Influence of Culture on the Evolution of Mission Methods) builds upon the conclusions of the first article.

Therefore, I’m using this post to “re-introduce” that second article. It’s one thing to know that a ministry strategy lacks strong biblical justification. It’s another thing to know how to prevent unhelpful cultural influences from undermining our mission efforts.

In the article, I make a few key points.

First, we have little biblical precedent for modern missions among “full Gentiles”:

To some degree, modern missionary outreach to Gentiles has little to no true biblical precedent. Certainly, Paul is the called “apostle to the Gentiles” (Rom 11:13). Nevertheless, there is an important reason why we perhaps cannot expect the same rapid response by Gentiles today that Paul enjoyed in his own ministry.

Second, I use CPM-theory as a case study to explain the similarities between Darwinian evolution and the spread of various mission methods (despite the lack of biblical precedent).

Why has CPM-theory grown legs among missionaries around the world? . . .

Furthermore, CPM-theory is made popular due to a “survival of the fastest” principle. That is, in a missionary culture where numbers are valued, many workers, whose churches grow very slowly, will rapidly fall prey to discouragement and leave the field.

Those missionaries who have the fastest growing churches will naturally move up the organizational food chain, assuming leadership positions within mission agencies. The result is that they spread the “DNA” that perpetuates CPM-theory. 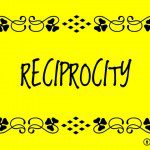 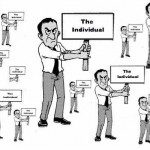