What LGBT Teaches the Church about Shame (Part 2)

This post highlights a few observations that will help the church use honor & shame to engage social issues. (In Part 1, I showed how LGBT advocates effectively use shame to propel their agenda.)

These observations do not mean the church should simply increase its own use of shame in order to win cultural battles. I’ll offer two reasons.

1. The church is a relatively weak social group.

Shame as a tool is generally employed by stronger communities against non-conformists. “Stronger” describes groups that are very influential in society. They typically exert power due to their size, unity of purpose, control of media, have values that resonate with the larger culture, and/or have members who have broad social influence. It’s more difficult for weaker groups to use shame effectively. In the Bible, we find a number of exceptions, which I’ll address later.

Therefor, it is what Andy Crouch rightly calls a “fame-shame” culture (as opposed to an honor-shame culture). In “The Return of Shame”, Crouch writes,

In fame–shame culture, people yearn to feel included in the group, a state constantly endangered, fragile, and desperately in need of protection…the only true crime is to publicly exclude—and thus shame—others. Talk of right and wrong is troubling when it is accompanied by seeming indifference to the experience of shame that accompanies judgments of “immorality.”

We must take seriously the distinction between “fame-shame” and “honor-shame.”

Shame works in traditional “honor-shame” cultures precisely because people do have a sense of belonging or collective identity. They are known and accepted so long as they affirm the group’s values. Shame reinforces sameness within a group. Loyalty is a near sacred virtue. People do not want to lose their place of belonging.

By contrast, group membership is extremely fluid in individualistic, “fame-shame” cultures. Whereas honor traditionally stems from some sort of conformity (to values, norms, etc.), “fame” simply requires that one win the attention of others. Differences determine identity, not similarity to others. While honor partly depends on values, fame depends on volume (in both senses of the word) –– how loud one speaks and the number of people who pay attention.

Shame concerns a person’s perceived worth within a social context. For those who live in an individualistic culture, worth is based on difference (insert words like “uniqueness” and “diversity”). Ironically, conformity often results in being dishonored by culture makers.

Difference is valued for difference’s sake. This becomes the minimum standard for what might be deemed social honor.

In this context, tolerance becomes a cheap substitute for acceptance. The lack of unifying conviction fosters disconnection. Consequently, individuals are increasingly shame-resistant when censured by groups like the church, whose insistence on conformity to traditional norms is regarded as intolerance.

The Paradox of Western Shame

A few final observations will help the church better engage LGBT and other contentious issues. Western shame expresses itself in paradoxical ways. On the one hand, Westerners are shame resistant relative to traditional norms. On the other hand, they have become more sensitive to shame (and thus LGBT tactics).

“relational mobility––the degree to which individuals in a given society have the option to form new relationships and end old relationships…When people perceive more difficulty in forming new relationships, they are more shame prone toward their friends.”

At the same time, people are far more shame-prone towards strangers than friends regardless of culture. This is significant for those in highly individualistic cultures characterized by weak social bonds. People are far more susceptible to feel shame if they don’t “tolerate” the behavior of strangers who simply express their “differences” (a form of social currency).

Part 3 will conclude with three suggestions to apply the observations we’ve made in Part 1 &  Part 2. 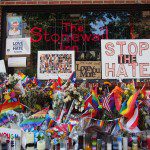 September 28, 2016
What LGBT Teaches the Church about Shame (Part 1)
Next Post

October 4, 2016 What LGBT Teaches the Church about Shame (Part 3)
Recent Comments
0 | Leave a Comment
Browse Our Archives
get the latest from
Jackson Wu
Sign up for our newsletter
POPULAR AT PATHEOS Evangelical
1