Someone asked me to speak more directly to the issue of “white privilege.” Previously, I responded to an American-born Chinese woman who complained of white privilege among missionaries. My article highlighted two big ideas.

We need to rethink how to communicate ideas about “white privilege” and related subjects. We need to define our terms clearly. We should have a generous spirit, particularly when speaking about missionaries who intentionally serve people from other cultures.

Not everything can be justly blamed on “white privilege.” At various times and places, we are all on the outside looking in. For any situation that troubles us, we can probably imagine 10 contributing factors besides skin color.

If we’re not careful, we will unwittingly…

In this post, I want to address “white privilege” head on. And I want to do so by looking at Scripture, something not always seen in these conversations.

“White privilege” is a fact, not a problem

The term “white privilege” does more harm than good. It could simply describe a fact––white people enjoy certain privileges. Or it might subtly accuse people of discrimination, even if it’s unintentional. The latter often happens when we talk about what others do to us, how others ignore us, or why others make us feel marginalized. 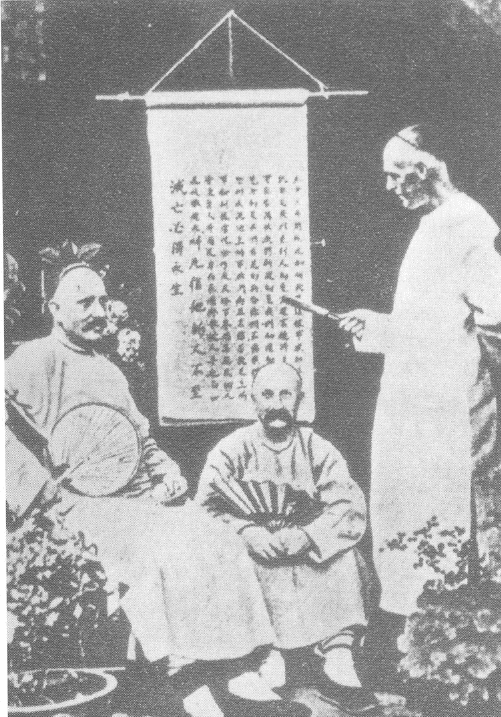 “White privilege” is a fact in many circumstances. But it’s not everywhere. Don’t confuse America and the rest of the world. In many contexts, being white grants you the privilege of being killed first. In many environments, Asian voices are given more access and credibility than white people, simply due to skin color.

This discussion has a fundamental problem. It focuses on a narrow spectrum of privilege. Why be so selective? We could also talk about “Western privilege.” Having a passport from America, Canada and Australia gives you many similar privileges, regardless of skin color. What about privileges based on wealth or gender?

Stop and ask yourself, “What are you really against?”

It is not privilege. It’s prejudice.

I agree “white privilege” exists in much of the American church. But I doubt most people want to take away those privileges. Instead, we want everyone to enjoy the same privileges.

Using the name “privilege” when we mean prejudice only perpetuates resentment. If we confuse the two, people will naturally become defensive.

From Blaming to Blessing

Rather than linger on the fact of “white privilege” (or any other type), we should pay more attention to our response. Only then can we move beyond blaming to being a blessing. What if we take a different perspective on the subject, one that can produce positive responses?

Let’s start with a constructive definition of “white privilege.” Kyle Howard has one of the best I’ve seen:

White Privilege, for the Christian, is a providential benefit of God that when properly stewarded allows for white Christians to stand uniquely and promote social justice and ethnic reconciliation in a way that others can’t within a prejudicial society.

By the way, that definition comes from a brother with black skin and an Asian wife. I recommend you read his post on the topic.

This perspective gets us beyond the destructive cycle of shame, blame, apathy, exploitation, guilt, and reverse discrimination. If you are born white, “white privilege” by itself should not elicit guilt feelings. Rather, you should be thankful!

Kyle is correct to say,

The fundamental question is how will the privilege be stewarded? Will it be used for self-advancement or Kingdom advancement? Pastor, your people, need to understand that trying to argue against white privilege is like Paul arguing against the privilege of Roman Citizenship. He never did! He embraced it, used it, and advanced the Gospel with it.

This is a helpful starting point. He directs our attention to the Bible. Where do we see anything like “white privilege” in the Bible?

In the Bible, we see something similar to “white privilege.” It is often called “grace.”
First, the people of Israel enjoyed many advantages as a result of birth not given to others. Paul celebrates God’s grace in Romans.

Then what advantage has the Jew? Or what is the value of circumcision? Much in every way. To begin with, the Jews were entrusted with the oracles of God. (Rom 3:1–2)

They are Israelites, and to them belong the adoption, the glory, the covenants, the giving of the law, the worship, and the promises. To them belong the patriarchs, and from their race, according to the flesh, is the Christ, who is God over all, blessed forever. Amen (9:4–5)

Therefore remember that at one time you Gentiles in the flesh, called “the uncircumcision” by what is called the circumcision, which is made in the flesh by hands—remember that you were at that time separated from Christ, alienated from the commonwealth of Israel and strangers to the covenants of promise, having no hope and without God in the world. (Eph 2:11–12)

Should we bemoan Israel’s advantages in history? Were they not blessed in order to be a blessing to all nations? In that process, Jews enjoyed the privilege of having God’s word and presence among them in a way that Gentiles did not.

The importance of being a Roman citizen in NT times was that one was, to a degree at any rate, a member of the governing community––in many ways occupying a position analogous to that of the British citizen during the hey-day of the Raj. The Roman citizen was privileged. In theory he could travel anywhere without problems, being everywhere protected by the Roman law. He was not subjected to the local law unless he consented (though such consent would be usual in business), and he could take matters into his own courts when these were sitting. He owed allegiance to Rome, and Rome would protect him.[1]

Paul wisely took advantage of his privileges. In Philippi, he shames the city officials when they freed Paul and Silas. Acts 16:17–39 states,

But Paul said to them, “They have beaten us publicly, uncondemned, men who are Roman citizens, and have thrown us into prison; and do they now throw us out secretly? No! Let them come themselves and take us out.” The police reported these words to the magistrates, and they were afraid when they heard that they were Roman citizens. So they came and apologized to them. And they took them out and asked them to leave the city.

This move effectively served to vindicate Paul and the church from slanderous charges of lawlessness.

In Acts 21, the Roman tribune thought Paul was a revolutionary. Paul replies, “I am a Jew, from Tarsus in Cilicia, a citizen of no obscure city. I beg you, permit me to speak to the people” (21:39). Paul’s pedigree and the education (21:40–22:3) not only afford him the chance to address the crowd; he was also equipped to handle the whirlwind of conversations to follow (before the Jewish council, Felix the Governor, Claudius, Festus, among others)

Of course, Paul famously appeals to Caesar in Acts 25:12, which saved his skin from the Jews who conspired to kill him. In the years that follow, Paul is given numerous opportunities for fruitful ministry. Because he wisely used his “Roman privilege”, he spent his prison time in Rome “proclaiming the kingdom of God and teaching about the Lord Jesus Christ with all boldness and without hindrance.” (Acts 28:31).

Praise God for His grace. May we use whatever privileges we have for the sake of Christ’s honor.

In the next post, I’ll offer a few suggested ways people can act to use our privileges (whether economic, gender, skin color, education, etc.) in a ministry setting.

Until then, enjoy this clip from Seinfeld that reminds me of the “Asian privilege” that also exists in mission circles. 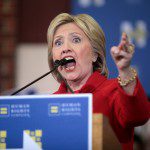 November 10, 2016
Trump supporters are not put to shame
Next Post

The Faiths of Others
I am very pleased to announce that a book that I have...
view all Evangelical blogs
What Are Your Thoughts?leave a comment
Copyright 2008-2021, Patheos. All rights reserved.