Word studies when you don’t know Hebrew or Greek

Chinese pastors (and most missionaries I know) don’t know Greek and Hebrew. Yet, they know the importance word studies (字意研读) for tracing ideas and themes in the Bible. Word studies are especially challenging when Bibles, like the Chinese Union Version (和合本), routine oscillate between translations for the same Greek/Hebrew word.

What’s a person to do? Typically, a person either:

— uses whatever definition is suggested by a concordance (索引) or lexicon

I’ve heard these methods compared to eating food someone else has already chewed; sure, it’ll have some nutrition value but it’s far from optimal. Ideally, such resources complement one’s own study. Unfortunately, most Chinese pastors depend still on Strong’s Concordance《原文编码》or similar resources.[1] Therefore, we should first note that books do not determine the meaning of a word. A dictionary at best can only give suggestions about possible meanings.

A word’s meaning depends on how it is used.

So how do local pastors and missionaries do word studies without knowing Greek or Hebrew? This post offers a few ideas (and I’ve included Chinese characters to assist you in explaining it with nationals).[2]

To begin, you’ll need some sort of resource that tells you the underlying Greek/Hebrew word. Many such tools exist online. You do not have to know what the word means or even how to pronounce it. But we must use the biblical languages.

I have too often heard Chinese Christians debate the meaning of a word by looking at the English translation as if the biblical writers first used English. Even in discussions about the Greek/Hebrew, students sometime retort with “The English says…..”, to which we should all respond, “Who cares what an English (or Chinese) Bible says?!”

For each of the following steps, you do not need to proficiency in the original languages.

People frequently overlook the “neutral” option. They assume words either have a positive or negative meaning. Depending on context, a word sometimes has positive and negative connotations, in which case the word itself is neutral and gains positive/negative value from its context or the modifier (e.g., adjective, adverb).

Keep in mind that simply because two ideas are related, they do not necessarily define one another. This is a subtle trap people fall into. A set of ideas often together paints a collage of meaning. The precise nuance of a word will only become clear once we see it within a proper frame of reference.

We should rarely be quick to say, “The word means this……” A word normally has at least some small range of meaning. This flexibility is what can make interpretation difficult. Some texts seem clear but others seem totally unrelated. As we deliberate on a word’s significance, contexts with more clarity should shed light on obscure passages.

We should not confuse “most common” usage with a word’s meaning. Rather, we are trying to give weight to certain aspects of our decision. We want to know

…which kind of context does the word most often appear?

…with what problem or issue is the word most often concerned?

…what is the word’s most common meaning?

You will likely find a few common usages. From these, you can form groups according to similar usage. Let’s say a word ΧΥΖ appears 12 times in the New Testament. Perhaps, 6 verses use the word similarly, 4 verses have a slight different nuance, and 2 are ambiguous. Comparing the meaning in groups like this is often easier and more objective that trying to balance 12 verses simultaneously. If we are not careful, we will find our favorite verse to define all the others.

You might try writing a definition to the word, not because it’ll be easy but rather you’ll see how insufficient your first impressions are. Only then will your mind open to seeing the characteristics that span all the word’s usages. You will then stumble on a general, seemingly abstract “definition” but one that is sufficiently fit each context and reflect the natural flexible of human languages.

Doing word studies this way has major benefits. We can avoid both needless controversy about what a word/verse means because we will recognize that both parties in a debate might be correct. The meanings we use might simply be appealing to different aspects of the word. Or, word XYZ might have such and such meaning but not in this context. Theological debates about righteousness and justification suffer from this problem.

We can become prone to dogmatic assertions about definition because a theologian or dictionary made some claim but miss shades of nuance that are equally valid.

[2] I will demonstrate this approach in a coming series when I discuss Peter Leithart’s Delivered from the Elements of the World, an important book with theological and missiological significance. 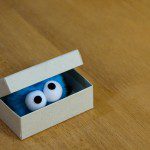 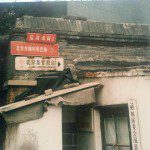 What the Bible Says about Old...
Cranach
Books by This Author Books by Jackson Wu