When Westerners learn about “honor-shame cultures,” a common response is this: “We have that in the West too. How is honor-shame different in the East and West?”

Writers, including myself, usually offer a similar but unsatisfactory response, “All cultures have honor & shame, but have heightened importance in the East.” While this is true, it doesn’t quite make the sort of helpful distinction we really want.

Recently, I stumbled on a key difference between Eastern and Western versions of honor-shame. Let me know how you’ve seen this in your own setting.

Ascribed and achieved honor and shame

We first need to clarify two terms key to grasping how honor and shame work.

Ascribed honor (or shame) is inherited based on one’s position, relationships, or characteristics. For example, parents, teachers and managers are afforded honor based on their position or title. Also, gender and ethnicity can influence whether one is ascribed honor or shame by others.

Achieved honor (or shame) depends on one’s achievements or failures. Olympic champions and honor-roll students win honor whereas Lance Armstrong and convicted criminals have achieved shame. This type of honor-shame tends to be a bit more focused on the actions of an individual.

What do Easterners prioritize?

My friend Iris grew concerned as her wedding drew near. Her longtime boyfriend, Dawson, told her that it is entirely acceptable for husbands to have a mistress. Iris came from a poor family and Dawson had an advanced degree and a promising future. He benefited to having a professor that was well connected in his field. Friends urged Iris not to marry a man who routinely seemed indifferent to her concerns. Iris brushed off their objections.

Although she earned a master’s degree from a prestigious university, she knew it would not do her much good. She said, “It does not matter that I have a good degree. My family doesn’t have guanxi (connections). So, others always get hired before me.” Dawson was her ticket to security and social position. Certainly, she had a measure of achieved honor due to her academic success. But her own accomplishments would only matter if she could first borrow (i.e. be ascribed) honor from Dawson and ultimately his professor.

In many ways, ascribed honor is prioritized over achieved honor in Eastern cultures.

If people do not already have ascribed honor, they find achieving honor far more difficult. Therefore, Easterners vigorously seek ascribed “face” (through guanxi) because they know it’s the precondition for greater social status.

“The West has that too”

In a Western context, the situation is often reversed. If a person already has ascribed honor, it is more difficult to achieve honor because others might say he was “born with a silver spoon in his mouth.” If someone has ascribed honor, he must eventually reach some level of achievement to maintain that respect.

People even disparage individuals whose advantages are based on ascribed honor (e.g., the reputation of family members). Ascribed and achieved honor consistently are contentious issues in American politics. The 43rd president George W. Bush was criticized as merely riding the coattails of his well-known father George H. W. Bush, the 41st president. Similarly, many balked as President Barack Obama was honored with the 2009 Nobel Peace Prize despite spending most of the previous year running for president.

Americans celebrate the lone hero, the individual who ventures out on his own and overcomes the crowd to accomplish a goal. This popular narrative magnifies those who do some praiseworthy action independent of others, thus apart from ascribed honor. By contrast, dependence on others is frowned upon. Individuals must earn what they get.

So strong is this sentiment that one sometimes hears comments like those from entertainer Sting, who said  he will not leave his $300 million fortune to his children because he wants them to earn their own money.

At the heart of individualistic cultures, an individual implicitly compete with the group for authority and honor. Consequently, this dynamic puts ascribed and achieved honor in constant tension.

In general, ascribed honor is more durable or easily maintained compared to achieved honor. Just as the latter can be won, so it can be lost by the passing of time or momentous failure. Ascribed honor has a number of protective guards that minimize the likelihood of loss.

2. Groups tend to show more tolerance towards insiders than outsiders such that an insider is not likely to be kicked out of the group whereas the fault of an outsider might reinforce the outsider status.

On the one hand, people identify with the smallest possible social group needed for survival. This likely means one’s family or clan.

On the other hand, one might have a fluid sense of group identity. Much like voluntary clubs, a group unites for the purpose of utility or interest. Perhaps, it is a business opportunity or hobby. Because these ties are fragile and temporary, loyalty is a luxury; at times, it even harms one’s self interests.

Individuals switch groups as necessity or convenience demands. One’s loyalty to the group is only as strong as it explicitly benefits the individual. At best, principles not people bind a group together.

In the West, racism is even tied to achieved honor.

Historically, whites in Europe and America boasted in their advances in technology, science, industry and military. As a result, these achievements seemed to validate ideas about white “progress” and that other ethnic groups were “weaker” or inferior.

With time, these assumptions became entrenched in people’s minds and so anyone from a non-white group would receive the same shameful status ascribed to others in their group. In essence, many Westerners previously used some form of social Darwinism to justify racism on the basis of achieved honor and shame.

The difference is not merely one of degrees but of priorities. Ascribed honor is prioritized because people are socially shamed if they do not conform to group norms. In this way, achieved honor is capped by the standards of ascribed honor.

Westerners often minimize the value of ascribed honor because they regard conformity as mindlessness, weakness that veers toward enslavement. By contrast, one finds that ascribed and achieved honor are far more complementary relationship in Eastern cultures. Ascribed honor does not minimize the value of one’s achievements (as it often does in the West). Nor does achieved honor detract from ascribed worth with one important exception, i.e. personal “face” must not come at the expense of the group.

Different cultural values lay beneath these distinct views of honor. An Eastern perspective sees conformity as humble and virtuous, a way of honoring the group and its elders. Nonconformity is insolence and pride. Thus, weight is given to ascribed honor. 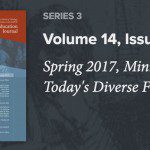 April 20, 2017
Reconnecting God's Story to Scripture and Service
Next Post 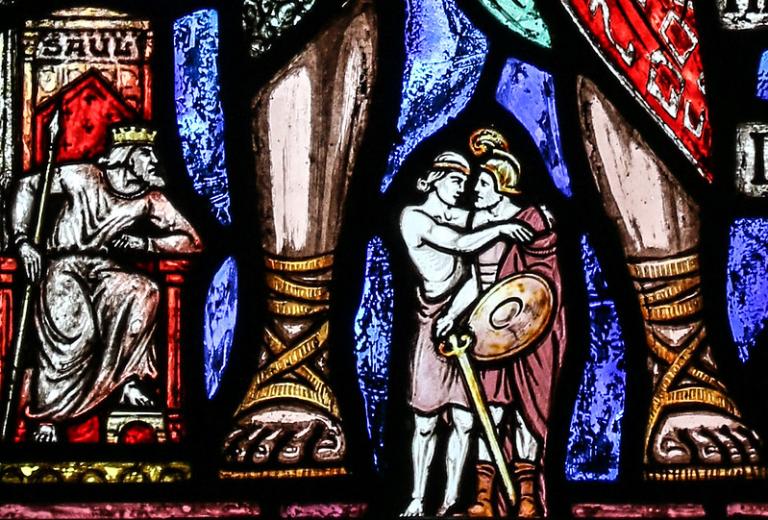