Two things usually escape our notice: cognitive biases and theological syncretism. This is not surprising. When you’re generally unfamiliar with an idea, you’re less likely to understand it.

What does this mean for us? We are unable to account for our biases and so succumb to theological syncretism rather than healthy contextualization.

The seedbed for my thinking comes from Aaron Chalmers’ exceptional article “The Influence of Cognitive Biases on Biblical Interpretation” (BBR, 26.4). As I argue in One Gospel for All Nations, biblical faithful and culturally meaningful contextualization begins with interpretation, not communication or application. Accordingly, Chalmers identifies ways that we undermine robust contextualization and even veer into syncretism.

This raises a question, “What is theological syncretism?”

We are more accustomed to thinking of syncretism as an errant imposition on the biblical text from culture. The point often overlooked is that even church and denominational subcultures are shaped by various dynamics in their surrounding culture(s). Who possibly knows the all the ways Christian organizations reflect the values and priorities of the numerous cultures in which we belong?

Furthermore, the inertia of tradition moves us along. We filter out certain texts and theological conclusions; or perhaps, we will overemphasize ideas beyond what is found in Scripture. In effect, our traditions and “Christian” subcultures create biases and impose significance or meaning into a passage.

Chalmers identifies 5 cognitive biases that influence interpretation (and therefore contextualization). They include:

“the tendency to selectively search for or interpret information in a way that confirms one’s preconceptions or hypotheses.” (p. 470)

individuals seeing “their own behavioral choices and judgments as relatively common and appropriate to existing circumstances while viewing alternative responses as uncommon, deviant, or inappropriate.” (p. 472)

“the tendency for people to give preferential treatment to others they perceive to be members of their own group.” (p. 474)

“the inability to realize that something known to have a particular use may also be used to perform other functions.” (p. 475)

“the tendency of people to identify a statement as true simply because they have heard it before, irrespective of its actual truthfulness.” (p. 476)

How do these biases impact the way we read the Bible? According to Chalmers, …

Researchers have shown that the effect of confirmation bias is stronger for emotionally charged issues and for deeply entrenched beliefs. In both instances, people are more likely to be resistant to change. Therefore, we would expect this bias to be a significant factor when it comes to biblical interpretation, which is often dealing with issues that are emotionally significant and—for those who come from a confessional background—frequently involves deeply-held beliefs.” (p. 470–71)

“might result in interpreters naively assuming that the biblical authors held the same priorities, attitudes, or beliefs as themselves. While there may be some overlap, there are also likely to be significant differences.” (p. 473)

3. In-Group Bias manifests in multiple ways. For example, we might only read commentaries and listen to speakers from within our tribe. Likewise, we must be suspect of anyone not from our tradition or school of thought. This biased constricts what questions we ask and the potential answers we’ll find.

4. Functional Fixedness limits how we understand the “application or contemporary relevance of the text.” (p. 475)

What can we do to mitigate the effects of cognitive bias on contextualization? Chalmers’ suggestions apply to everything from biblical interpretation to ministry strategy.

First, we need to grasp how cognitive biases work and their influence. This awareness helps us to identify when such biases rear their ugly head.

Second, genuinely seek ways to refute your opinion. What would your opponents say in disagreement? Beware not to caricature their position

Third, don’t presume your abilities are sufficient to immediate understand a text of situation. By slowing down, one can more easily notices details, emphases, and nuance.

Fourth, seek the opinions of others, especially those who are most likely to disagree with you. I often tell people, “Even heretics aren’t idiots. They likely have a good insight that they’ve take in a wrong direction.” Don’t get defensive but rather try to assume their perspective in order to understand it and apply the legitimate insights they offer.

Significant articles like this are frequently overlooked because they reside in scholarly journals. However, Chalmers’ contributions are helpful for pastors, missionaries, and your “everyday believer” as well. While he mainly focuses on biblical interpretation, ask yourself, “How do these biases also influence how our church or team determines ministry strategy?” 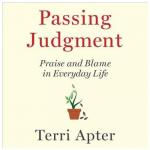 September 19, 2018
We are not made for online praise and blame
Next Post

October 3, 2018 A Leading Cause of Atheism? Not Allowing Dialogue and Disagreements
Recent Comments
0 | Leave a Comment
"I cannot possibly reply adequately to your comments. These are natural reactions. The authors unpack ..."
Jackson Wu Argument Culture, Not Conviction, Threatens the ..."
"Thank you for this article. I hope the book contains this famous and helpful remark ..."
Salvatore Anthony Luiso Argument Culture, Not Conviction, Threatens the ..."
"Neither Paul nor Luther can be blamed for the subjection of women in christianity. Their ..."
David Cromie Is biblical womanhood an example of ..."
"Thanks for this prompt to think if the issue in terms of syncretism. It's a ..."
Christy Is biblical womanhood an example of ..."
Browse Our Archives
get the latest from
Jackson Wu
Sign up for our newsletter
POPULAR AT PATHEOS Evangelical
1