It is one of the most popular buzz words in evangelicalism today.

When a word is heard enough times, it’s easy to assume that one understands its meaning. However, what happens when we assume this? For some, prejudices are reinforced without good reason. For others, the concept is oversimplified and effort is not given to solving the hard problems of contextualization. 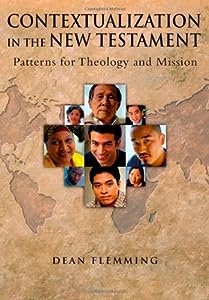 In Saving God’s Face, I suggest that evangelicals have largely assumed a particular view of “contextualization” that has made it very difficult for us make progress on the subject. In general, contextualization is seen primarily as an act of communication or application. While mention is made to “contextualized theology,” this generally refers to communicating theological truth in a contextually meaningful way.

Alternatively, I suggest that contextualization most basically is an act of interpretation.

One begins to contextualize whenever one reads the Bible from a particular cultural context. People may get nervous to hear that sort of idea. “Certainly,” they might say, “the meaning of the Bible is unchanging. How can our interpretations change? Isn’t that eisegesis––simply forcing our interpretation into the Bible?”

The Bible’s original meaning does not change, but we do.

That means we notice new things as our circumstances change. It also means that we naturally overlook or under-emphasize certain aspects of the text that lie outside our common experience.

In humility, we need a model of contextualization that takes seriously this interaction between text, read, and context.

I won’t offer a “definition” now. But I will offer some of the suggestions of others.

In the next post, I’ll give a sample of definitions from mostly evangelical scholars. 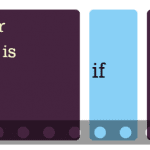 May 21, 2013
Does Biblical Infallibility Allow Us to Assume the Gospel?
Next Post

May 24, 2013 How Do Evangelicals Define "Contextualization"?
Recent Comments
0 | Leave a Comment
"No need for comment. This article is downright offensive and insulting to the vast majority ..."
Ray How Honor and Shame Infuse Christian ..."
"Thank you, Mr. Wu, for your interesting, timely, illuminating article. I am Christian, a strong ..."
Gregor What or Who is a Christian ..."
"So this is your response to the evils of capitalism.I'm not surprised.You don't have a ..."
Bones What or Who is a Christian ..."
"But in practice his bashing extends to people beyond that."
Johnny Davis How Honor and Shame Infuse Christian ..."
Browse Our Archives
get the latest from
Jackson Wu
Sign up for our newsletter
POPULAR AT PATHEOS Evangelical
1

Having Said That...There Are Times When...
Roger E. Olson
Books by This Author Books by Jackson Wu