Reciprocity, Collectivism, and the Chinese Church

I’ve said before that patronage might be the most misunderstood and overlooked aspect of traditional cultures. This is why I’m thrilled that the talks from the recent Patronage Symposium in Beirut have now been released. Accordingly, for the next few posts will make up a mini-series touching on various aspects of the topic.

Today’s post gives an overview of the talk I gave at the Patronage Symposium. FYI–– a video of my talk is now available on YouTube! It is titled “Reciprocity, Collectivism, and the Chinese Church.” Due to time constraints, the talk only covers a portion of the full paper I prepared. So, if you are interested, you can download the full PDF of my prepared notes.

Gifts have meaning within a specific social context. Rather than assuming the significance of the word “gift,” we ought to consider the context of gift-exchange. In this way, we can better understand patronage and reciprocity.

Consider the following ways people interpreted the favors done for them. In 2006, an older woman in Nanjing fell when getting off a bus. A man, Peng Yu, helped the woman, contacted her family and paid her initial hospital fee (about $33). However, she accused him of causing her to fall. Although no corroborating evidence existed proving Peng Yu was at fault, the judge in the case ruled against him saying, “no one would, in good conscience, help someone unless they felt guilty.”[1]

A similar situation occurred in 2013, when Wang Lan saw an older woman had fallen. Like Peng Yu, Wang Lan assisted the elderly woman, contacted her family, and paid the initial medical fees. Once again, the injured woman accessed Wang Lan of pushing her claiming, “If it wasn’t you who bumped into me, why would you have helped take me to the hospital?” Later, cameras proved conclusively that Wang Lan did not harm the older woman.

A significant form of reciprocity in Chinese culture is called renqing. A wooden translation of renqing (人情) is “human feelings.” Renqing describes a voluntary reciprocal exchange between individuals based on emotional attachment.[2]

Renqing only exists within non-familial relationships. Chinese do not regard the give-and-take of family relationships as renqing. Rather, helping one’s relatives is an obligation, what a person “should do” (yinggai de). In this way, an obligation is distinct from renqing.

Exchanging gifts or favors primarily serves two interconnected functions. First, social exchange establishes relationship with others. I include the initiation, maintenance, and deepening of relationships. Second, gift-giving sows the seed of obligation, which will someday bear fruit in the form of returned favors.

In the talk, I unpack the various social “rules” that either foster friendships or can end relationships.

Why does reciprocity differ across cultures?

Not surprisingly, the norms of reciprocity are different across cultures. But why? While a complete answer is likely impossible, I looked at the research to identify one major influence on reciprocity–– the individualism vs. collectivism distinction.

(People loosely describe collectivist cultures as those prioritizing the group above the individual. By contrast, individualistic cultures emphasize the rights and prerogatives of the individual over the group. These descriptions are simplistic generalizations. They merely stress characteristics that tend to be prominent within cultures.)

Having a collectivist perspective, Chinese do not sharply dichotomize “public” and “private” spheres. The public/private distinction is more prominent in individualistic cultures, where people assume multiple, separate identities. Thus, one’s public role (e.g., employee) should not affect private relationships. Fostering a close personal relationship with one’s boss could even be deemed inappropriate in a Western context. 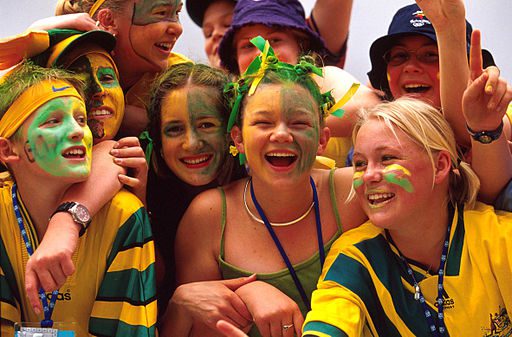 Western friendships often center on common interests, e.g., sports, books, hobbies. Belonging to interest-based social groups rarely entails a sense of responsibility or debt. Group members relate within a narrow sphere of life. They might not have meaningful relationships beyond their shared interest. A Westerner who divides his relationships in this way can theoretically belong to an infinite number of social groups. Social identity, at any given moment, is temporary. One’s personal sense of identity, across countless groups, is most likely defined by the individual’s particularities.

This basic difference in cultural perspective affects how people practice reciprocity or social exchange. But how and why? The answer has significant implications for the church. My presentation gives a fuller answer. I’ll preview my response in the next post.

[1] Countless articles retell this story and the next one. Both are summarized online: https://medium.com/shanghai-living/4-31-why-people-would-usually-not-help-you-in-an-accident-in-china-c50972e28a82. cf. https://www.chinasmack.com/good-samaritan-again-blamed-after-helping-fallen-elderly. 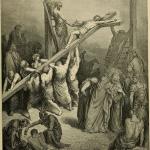