The Coddling of the American Missionary

The Coddling of the American Missionary February 13, 2019 Jackson Wu 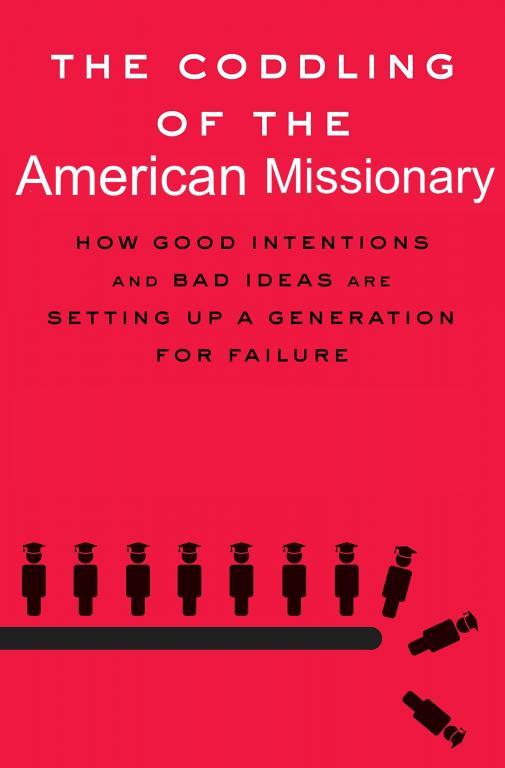 Three untruths have coddled the American missionary mind. I summarized them in my previous post.

These untruths are the focus of Haidt and Lukianoff’s The Coddling of the American Mind (which is the most important book I read from 2018). In this post, we apply them to the context of missions specifically and the church in general.

The Coddling of the Missionary Mind

These cultural dynamics are not limited to school campuses. We see it daily in popular media. And let’s not forget that thousands of missionaries and missions mobilizers have spent years within some version of the coddled context described in the previous post.

I have a few reasons for linking this discussion about American culture to the work of global missions.

The effects of a coddling cannot help but extend to churches and the mission field.

Here are two predictable responses Christians have with respect to the coddling of the American mind. First, they could react with extreme aversion to anything that smells of coddling. Second, believers might adopt a coddled mentality (even if unknowingly). We see evidence for both in the world around us.

The “You are either with us or against us” response

Option 1 could be called the “You are either with us or against us” response. It feels tough and resolute, but it is merely an expression of untruth #3 (The Untruth of Us Versus Them: Life is a battle between good people and evil people.)

This reaction is seen most clearly in conservative circles and especially in relation to theological questions. Fearing compromise, the line distinguishing insiders and outsiders becomes more pronounce and encloses a smaller circle. Secondary and tertiary issues divide people because they “logically” are tied to core issues (as though that were not the case for numerous other topics, e.g., election, sovereignty, interpretations of Gen. 1).

To again quote Haidt and Lukianoff, who depict the popular mindset:

Words that give rise to stress or fear for members of some groups are now often regarded as a form of violence. (p. 97)

In church, Christians might not call words a type of “violence”; yet, people have become just as quick to label ideas dangerous “heresy,” i.e. theological violence. Not surprisingly, such hard lines only perpetuate the problem as coddlers feel all the more repulsed by the perceived lack of desire for unity.

Untruth #3 impacts more than theology; it influences mission strategy. For example, I have seen a trend among proponents of rapid church planting movements (CPMs). To hear some people talk, you would think that missionaries labor in vain if they use anything other than prescribed CPM methodologies. Other ministry approaches, whether social engagement or theological education, are sometimes judged as fine but flawed.

Fear is the path to the Dark Side

Untruths #1 (fragility) and #2 (emotional reasoning) are just as dangerous and common among missionaries. Fear for personal safety and that loved one has kept countless people from serving cross-culturally. The problem is exacerbated nowadays by technological conveniences and ease of travel.

On a closely related note, check out Christianity Today’s cover story “Move Over, Sex and Drugs. Ease Is the New Vice.” The article says,

As Christians, we are rightfully attuned to the hedonic temptations of material life: the sex, the drugs, the proverbial rock-and-roll. But reckless abandonment to the sensual pleasures of the body is not our only vice. So, too, is evasion of bodily life—which is, in one aspect, any attempt to squirm out of the tedium of being enfleshed, emplaced beings with obligations to love.

Missionaries have the ability to communicate directly and frequently with people from their home country. This means they have a harder time disconnecting from their home culture and forging meaningful relationships with local people. All this on top of the coddling that comes from growing up in American and what do you get? Hesitancy among people to commit to being long-term missionaries. Instead, I have often seen people “sense God’s calling them back” after around 2 years, when the romance fades and the reality of overseas life smacks them in the face.

Fear of inconvenience. Fear of psychological and physical pain. Fear of being different… Fear that what does not kill us will make us weaker.

“Fear is the path to the Dark Side. Fear leads to anger, anger leads to hate, hate leads to suffering.”

Fear undermines our ability to love. The CT article mentioned above captures the sad truth that plagues a coddled heart:

When fear takes over, we succumb to emotional reasoning, not love.

“Your feelings betray you” or “God told me so”

Christians are far quicker to embrace Untruth #3 than anyone would like to admit. “Emotional reasoning” feels like the right thing to do because we are called to love others. If we think love primarily is a feeling, before long we will begin to act as if we should always trust our feelings. In other words, emotional reasoning feels a lot like love to us.

What’s more, Christians slowly begin to buy into popular belief that offending people is unloving. In contemporary American culture, people treat words as though offensive speech were an act of violence. Since missionaries want to spread the gospel, the fear of offending people with evangelism is not the primary application I see happening.

Instead, Christians have increasingly become hyper-sensitive to direct or candid communication. People can get deeply offended if you question their ideas or methods to say nothing of their motives. Yet, keep in mind that brothers and sisters in Christ should be able to have sincere and open dialogue not only for ministry effectiveness but for the sake of our hearts.

With increasing regularity, I hear Christians assume that their being offended is someone else’s fault. They never consider that they might be too sensitive, defensive, or proud. Jesus-loving people will claim that their feelings are proof of their truth, which no one should “invalidate” with reason and logic. In essence, it’s as if people believed Darth Vader

“Give yourself to the Dark Side. It is the only way you can save your friends. Yes, your thoughts betray you. Your feelings for them are strong. Especially for … sister. So, you have a twin sister. Your feelings have now betrayed her, too. Obi-Wan was wise to hide her from me. Now his failure is complete.”

–Darth Vader, Return of the Jedi

These dynamics are often present when discussing a biblical text or when trying to discern God’s will. People have little patience with careful, reasoned discussion about a topic of theological idea. They will say our heads should not get in the way of our heart.

When Christians use emotional reasoning, they will appeal to the Holy Spirit. They will likely say something like, “Well, God is telling me……”

Do We Have a Victim or a Victor’s Mentality?

When conflicts arise, wisdom and prudence suggest we should discuss a matter with an open mind and desire to strengthen (not merely save) a relationship. Instead, assuming the role of a victim has become the new norm. As Haidt and Lukianoff explain, the coddling of the American mind has created victim culture.

When a person takes on a victim’s mentality, they will appeal to their “rights” far more quickly. They will appeal to authorities or, more likely, to the mob (e.g., their friend group, social media, etc.) to come to their defense against an alleged injustice. Mutual obligation and guilt not options for discussion in a context that accepts Untruth #3 (“Us Versus Them”).

Consequently, shame is the favorite weapon of choice in a victim culture.

What justifies this tactic? The common unspoken assumption that we have the right not to be offended. I can hardly improve upon Jordon Peterson’s response below:

As Christians, we don’t need to look further than the Gospels. Jesus was willing to offend people when truth was at stake. Jesus famously said, “You serpents, you brood of vipers, how are you to escape being sentenced to hell?” (Matt 23:33).

He was not ignorant to what he was doing. His disciples asked him, “Do you know that the Pharisees were offended when they heard this saying?”

13 He answered, “Every plant that my heavenly Father has not planted will be rooted up. 14 Let them alone; they are blind guides. And if the blind lead the blind, both will fall into a pit.”

15 But Peter said to him, “Explain the parable to us.” 16 And he said, “Are you also still without understanding?17 Do you not see that whatever goes into the mouth passes into the stomach and is expelled? 18 But what comes out of the mouth proceeds from the heart, and this defiles a person. 19 For out of the heart come evil thoughts, murder, adultery, sexual immorality, theft, false witness, slander. 20 These are what defile a person. But to eat with unwashed hands does not defile anyone.” (Matt 15:10-20)

Of course, offense for offense’s sake is not good. My point is rather simple: offense is an inevitable and necessary part of life. Offense is the what happens when our beliefs, value, and even worldview are challenged. This is precisely what truth does when it confronts our sin and false beliefs.

Rather than play the victim, we must recognize the fact that we in Christ can be victors. Paul exhorts, “Do not be overcome by evil, but overcome evil with good” (Rom 12:21)

In the church and certainly among missionaries, we need to reclaim responsibility for our responses to others. We must regain the skill of interpreting others charitably and not being so easily offended. This is critical for us to foster in our churches, in our families, and in our teams.

February 6, 2019
The Most Important Book I Read from the Past Year (and how knowing untruth can set you free)
Next Post 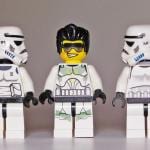 February 20, 2019 Honor, Shame, and Imposter Syndrome
Recent Comments
0 | Leave a Comment
"Shame doesn't work on bad people; otherwise, a lot of our problems would be so ..."
Medalcollector Is Shame a Solution to Racism?
"I have been struggling with this commonly used term of "shaming." It seems to me ..."
CJ Caufield Is Shame a Solution to Racism?
"Several huge leaps in logic in this piece. If your argument relies heavily on the ..."
Roger McKinney How Individualism Spreads Racism
"I am white and I don't feel guilty about anything. Why should I? I learned ..."
David Swann The Problem of White Shame
Browse Our Archives
get the latest from
Jackson Wu
Sign up for our newsletter
POPULAR AT PATHEOS Evangelical
1