The Most Important Book I Read from the Past Year (and how knowing untruth can set you free) February 6, 2019 Jackson Wu

The most significant, insightful, and provocative book of 2018, in my opinion, was The Coddling of the American Mind (by Jonathan Haidt and Greg Lukianoff). I’m far from the first person to make that claim. However, fewer people have identified ways that the book’s key ideas might impact the church and especially missionaries. This post prepares us to do just that. 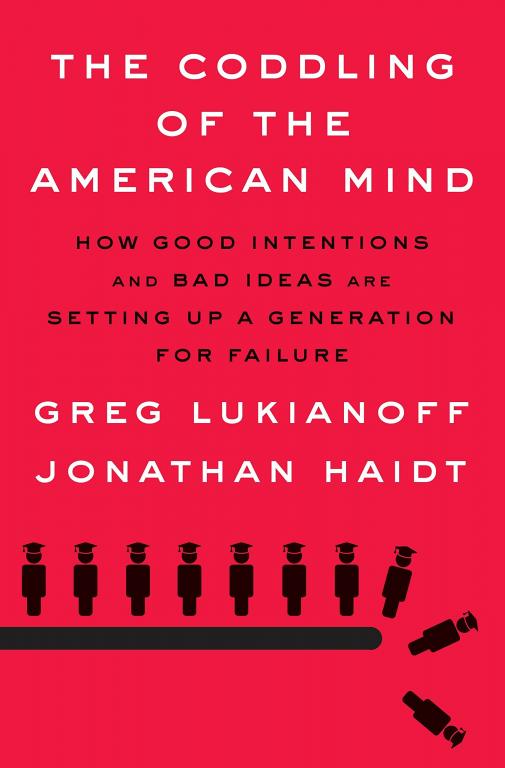 The book expands on the authors’ article originally published in The Atlantic. I cannot write a summary that could possibly do the book justice. Instead, I’ll introduce a few key ideas below.

The next post will highlight insights from the book that will apply to the church and the work of missions. Both giving an introduction and offering application would be a bit much for a single post.

Untruths Will Not Set Us Free

1. The Untruth of Fragility: What doesn’t kill you makes you weaker

The authors observe, “gradually, in the twenty-first century, on some college campuses, the meaning of ‘safety’ underwent a process of ‘concept creep’ and expanded to include ‘emotional safety’” (p. 24).

the cult of safety—an obsession with eliminating threats (both real and imagined) to the point at which people become unwilling to make reasonable trade-offs demanded by other practical and moral concerns. (p. 32)

They explain the emergence of “safe spaces” and established policies to protect students from the “trauma” of emotional “triggers,” which colleges fear will cause PTSD (yes, PTSD).

2. The Untruth of Emotional Reasoning: Always trust your feelings

Micro-aggressions are a well-known manifestation of this distorted thinking. In the name of safety and unity, colleges actively train students to interpret others’ actions and speech in the least generous way possible.

Students are to judge moral correctness based on an action’s effect (including an individual’s being offended), not its intent. Haidt and Lukianoff conclude,

If someone wanted to create an environment of perpetual anger and intergroup conflict, this would be an effective way to do it. Teaching students to use the least generous interpretations possible is likely to engender precisely the feelings of marginalization and oppression that almost everyone wants to eliminate. (p. 46)

In so doing, dialogue becomes dangerous, even impossible. This accounts for a wave of speakers being disinvited by colleges.

The Untruth of Us Versus Them: Life is a battle between good people and evil people

Humans are social creatures who cannot shed our social skin. The growth of individualism simply causes us to realign our group identities. In the West, tribalism has bred “common-enemy identity politics,” aptly summarized in a line:

Identifying a common enemy is an effective way to enlarge and motivate your tribe. (p. 63)

“Unity” is illusory, at best fragile and fleeting. After all, we all belong to multiple groups. A white woman could be labeled “privileged” due to skin color but “oppressed” because of gender. According to the authors, this environment

produces a call-out culture in which almost anything one says or does could result in a public shaming. This can engender a sense of “walking on eggshells,” and it teaches students habits of self-censorship. (p. 77)

Common features that mark this cultural milieu such as “dogmatism, groupthink, a crusader mentality, and anti-intellectualism.” (p. 73)

The book is chock-full of examples that illustrate how the each untruth plays out in real life. They exemplify new patterns of thinking and acting. For instance,

Words that give rise to stress or fear for members of some groups are now often regarded as a form of violence. (p. 97)

Organizations now encourage diversity in nearly every area except viewpoint. The book argues,

viewpoint diversity is necessary for the development of critical thinking, while viewpoint homogeneity (whether on the left or the right) leaves a community vulnerable to groupthink and orthodoxy. (p. 113)

Several cognitive distortions breed unhealthy patterns of parenting. A vicious cycle exists. Due to 24-hour needs and exaggerated news reports, parents have the misimpression that children are in less safe than they used to be. Therefore, overprotective dads and moms start to hover over every inch of their kids’ lives, which ironically produces children who are even more fragile and less independent.

I’ve only scratched the surface of what you’ll find inside the book. This introduction prepares us to consider potential implications for the church and for its missionaries.

In anticipation, I’d like to hear from you. How do you see the above dynamics influencing the church, your ministry, and the work of missions?

February 13, 2019 The Coddling of the American Missionary
Recent Comments
0 | Leave a Comment
Browse Our Archives
get the latest from
Jackson Wu
Sign up for our newsletter
POPULAR AT PATHEOS Evangelical
1