“People Groups,” “Unreached,” and the Semantics of Missions Strategy

Several people responded with comments or questions concerning my previous post building on Christianity Today’s article concerning the use of language like “people groups” and “unreached.” Many mission-minded people are questioning the value of such terms. If we no longer used these phrases, what are the implications for mission strategy?

In this series, I will first identify the key issues we need to think about. Then, we reexamine conventional interpretations of ethne (“nations”) and Matthew 24:14, 28:19. Finally, I’ll suggest a few ideas that affect mission practice.

Why is there a problem? Doesn’t the Bible tell the church to go to the nations? Doesn’t “nations” translate the word ethne, from which we get “ethnicity”? Seems pretty straightforward, right? Well, no.

The underlying issue to acknowledge is this: ethne in the Bible is not necessarily equivalent to “nations,” as used by contemporary social science. 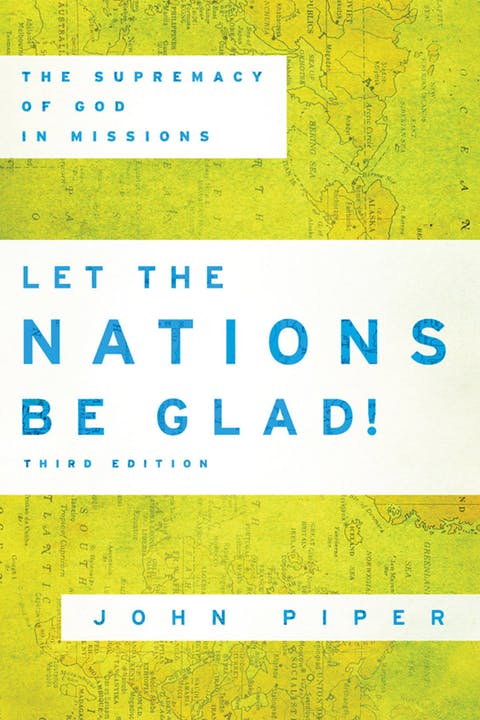 In the 1970s, Ralph Winters overturned missiological paradigms when he urged participants at the Lausanne conference to shift their focus to “unreached people groups.” “People groups” were defined in light of current notions of ethnic identity. John Piper’s Let the Nations Be Glad further popularized the impression that we can determine who are the ethne by using modern sociological categories.

However, such thinking can quickly lead us in eisegesis. When we read modern sociology into the Bible, it will not be long until we then use the Bible to defend contemporary ways of thinking.

The Bible does not offer an explicit, formal definition of “nations.” Rather, we must consider how it is used by the biblical writers.

(As an aside, we also need to rethink terms like “unreached” and “unengaged” as much a “people groups.” After all, the criteria used to define those terms either differs among groups or is arbitrary. However, that subject must be saved for another time.)

Who are “all nations”?

What does the Bible mean by “nations” (ἔθνη) and “all nations” (πάντα τὰ ἔθνη)?  This is the subject of a chapter found within World Mission: Theology, Strategy, and Current Issues, recently published by Lexham. Authors Jarvis Williams and Trey Moss explicitly

question the legitimacy of interpreting the Great Commission through the controlling lens of modern anthropology. Simply put, does Jesus indeed command his followers to disciple all nations, meaning analytically defined people groups? (p. 131-33)

To consider this question, they take a multipronged approach. They first examine how the Greek Old Testament (LXX) uses ἔθνη before turning to the New Testament, including Acts, Romans, and especially Galatians and Matthew. In the end, the authors broadly argue,

Our thesis is that ἔθνη can carry either a universal meaning that includes both Jews and gentiles, or a specific meaning that exclusively refers to gentiles (i.e., non-Jews) in certain texts. 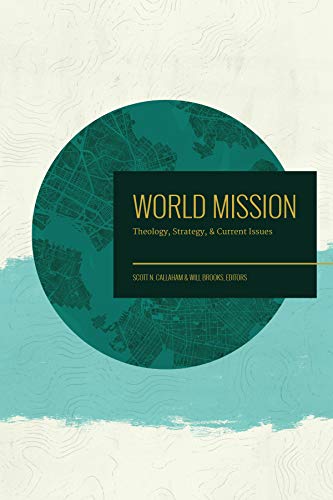 At first glance, this conclusion presents us with nothing new or controversial. People have long recognized that ἔθνη refers to non-Jews. But they don’t stop here.

What happens when biblical writers speak of “all nations” (e.g., πάντα τὰ ἔθνη)? Williams and Moss focus Abrahamic background, from which Paul draws his emphasis on “all nations” in Galatians and Romans. In Galatians, Paul conflates several texts from Genesis, such as when he summarizes God’s promise to Abraham saying, “In you shall all the nations be blessed” (cf. Gen. 12:3, 18:18, 22:18, 26:4).

The authors remind us,

there are no individual groups of people distinguished as Jews and gentiles in Abraham’s lifetime. (p. 143)

MT Gen 12:3 highlights the universal nature of God’s promise to Abraham. With the word for tribes (φυλαί), LXX Gen 12:3 likewise supports that all of the ἔθνη universally refer to all of the different kinds of people/tribes/clans on the earth. (p. 143)

Matthew similarly uses ἔθνη. Given the context of his Gospel and in light of Daniel 7:14, which underlies Matthew 28:18-19, the authors conclude that πάντα τὰ ἔθνη (“all nations”) “…at least, refers to Jews and gentiles” (p. 147).

Jesus’ command to his disciples to take the gospel to πάντα τὰ ἔθνη is a messianic proclamation. That is to say, it is a pronouncement of the messianic age that Israel will no longer be a “come and see” people to the ἔθνη but a “go and tell” people to πάντα τὰ ἔθνη (Isa 11:9–10; 42:6; 49:6).

What do we make of these conclusions?

It is not true that “all nations” (πάντα τὰ ἔθνη) always refers to “both Jews and Gentiles.” Several passages from the LXX establish that point. For example, passages like Zech 12:3; Ezekiel 25:8; 38:16 all distinguish Israel from “πάντα τὰ ἔθνη.”

However, it is true that the function of ethne/ἔθνη, in the New Testament, routinely refers to non-Jews (i.e., Gentiles). On the other hand, πάντα τὰ ἔθνη typically takes on universalistic overtones. That is, “all the nations” normally consists of everyone, all people, whether Jew or non-Jew.

To be clear, ἔθνη does not signify discrete sociological units, like the Zhuang (in China), Ansari (of India), or Hausa (of Niger). In other words, biblically speaking, I have not merely listed 3 “nations” (ἔθνη). They are three groups that makeup “all the nations.”

The only thing that defines someone as belonging to the ἔθνη is that he or she is not of Israel. Regardless of language or cultural background, simply not being a Jew makes one belong to the ἔθνη.

Paul uses “all nations” language in order to bring down cultural and ethnic boundaries, whatever they might be. It does not prescribe strategy by demarcating ethnic identity with any specificity. No biblical writers give criteria to differentiate subsets such that we can list the specific groups of ἔθνη that Jesus had in mind in Matthew 28:19.

“Nations” are Not “People Groups”

By analogy, when visiting a zoo, we will distinguish humans and animals. A biologist might insist that even humans belong to the category of “animal.” However, this language does not identify how I classify the various animal subgroups within the zoo, whether reptile, marsupial, mammal, fish, amphibian, etc.

What missiologists call “people groups” are akin to the various subtypes within the category “nations.” Using the above analogy:

For our purposes, the analogy breaks down at critical points. Scientists can dictate specific criteria to clearly classify animal subgroups. However, the Bible does not give specific, divinely-inspired criteria to differentiate an individual “people group” from among the ἔθνη.

In reality, people from different “people groups” intermarry and take on the traditions of 2nd and 3rd cultures. A man might be the great-grandson of a Japanese farmer, the grandson of an African businessman, and the son of a Swedish cook; yet, he might speak Spanish and live in southern Alaska. To what “people group” does he belong?

The problems with conflating the Bible’s ἔθνη and sociologically-defined “people groups” should now be apparent.

In the next post, I’ll reflect on passages like Matthew 24:14; 28:18-20. Then, I’ll offer an initial strategy proposal for engaging “people groups.”

October 23, 2019 Matthew 24:14 is Not the Great Commission Nor a Mission Strategy
Recent Comments
0 | Leave a Comment
Browse Our Archives
get the latest updates from
Jackson Wu
and the Patheos
Evangelical
Channel
POPULAR AT PATHEOS Evangelical
1

How the Loss of Family &...
Cranach
Books by This Author Books by Jackson Wu