The Problem of White Shame

How does “white shame” factor into discussions about racism in America? What one means by the term “white shame” may vary, but I will focus on something particular. I do not indicate the idea that whites are ashamed of being white.

Rather, by “white shame,” I refer to the shame felt by white people (especially in America) that stems from the past and/or present mistreatment of non-whites by whites. This sense of shame often comes from a mixed array of reasons. Someone might subconsciously feel ashamed of being associated with a group of people who have oppressed minority groups. Others may be ashamed of benefiting from racial injustices (e.g., white privilege).

In this post, I will not address the possibility that one could feel an ethical sense of shame, a combination of retrospective and prospective shame (topics I highlighted in my review of Te-Li Lau’s book).

In her thought-provoking book, Good White Racist?, Kerry Connelly analyzes the role that shame plays in perpetuating racism. She points out that white parents routinely and unwittingly plant seeds of racist thinking in their children. As provocative as this sounds, hang with me for a moment while I explain. 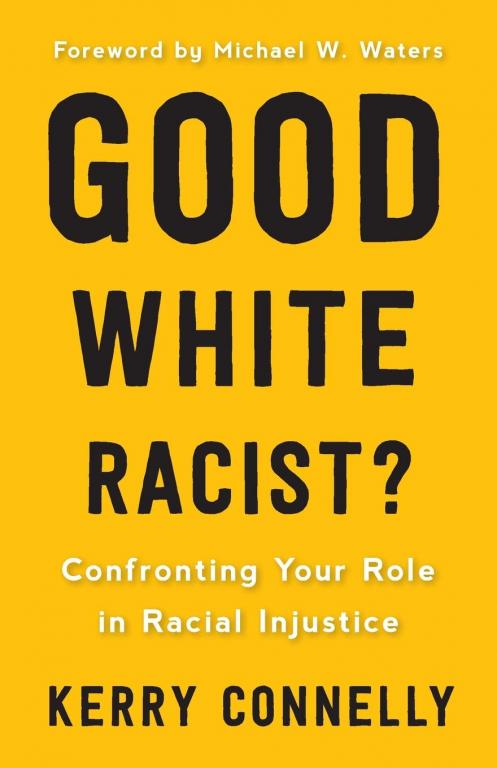 Consider how shame works. As is well-known, the feeling of shame typically produces a desire to hide, to cover up, or keep silent about some matter. We see this in Genesis 3 and still today. The converse can also be true.

Think now about the common practice of white parents who hush their children from talking about anything that relates to race. “Why is that man’s skin so dark?” a child asks. Connelly says,

“white parents will forcefully shut down their questions in an efforts to maintain their own comfort levels –– because it’s never comfortable for a good white racist to talk about race. This results in internalized shame in children, who feel the tension between what they want (relationship with people of color) and what they need (protection offered by the [family] tribe). (p. 34)

The shame that emerges further fuels the espoused ideal of being “colorblind.” Sadly, however, this too easily results in “colorblind racism.” This type of racist stems from naivety or well-intended ignorance whereby a person does not realize how unconscious biases perpetuate false stereotypes and social inequalities.

There is a second way that white shame maintains racist perspectives and practices. People under the influence of shame are prone to react with defensiveness. This too is a well-known symptom of shame. Connelly again describes the problem well. She writes,

When we look at the history of our nation and our people, something inside of us withers and cringes at the cruelty of white supremacy, but damned if we know what to do about it. So instead, we raise our chins, search for justifications and denials, and say, “Not my ancestors.”

But our defensiveness only perpetuates the reality that our success, our lifestyle, our happiness, and yes, even our perceived goodness as Americans were built on the backs of people who were kidnapped, enslaved, tortured, pillaged, and/or slaughtered. (p. 48)

In other words, defensive people don’t tend to listen well. Defensive people attempt to exonerate themselves at every turn. When we’re defensive, we don’t seek ways that we can contribute to solutions because we’re too busy deflecting blame.

White shame is not an effective, long-term strategy to change minds. Shame can sometimes serve as a sudden jolt to one’s conscience, but only if it is used well. Few people understand how shame works to use it in a healthy manner. Instead, common shaming tactics usually push people away, creating an us-versus-them mentality. Whether you are white or non-white, relying on such methods is counterproductive.

What about those who experience white shame? Don’t use the ideas in this post as a justification not to do some introspection. Even if you, as a white person, are not “as bad” as some people claim, few people are blameless. Few people are free of harmful biases about others. We all have blind spots.

I hope this post equips you to deflect white shame so that you can think more clearly, not defensively. Finally, we need to recognize how not talking about race issues can produce white shame and perpetuate the problems of racism.

For part 1 of the series, concerning racism and individualism, click here.

July 14, 2020
We need a better definition of racism
Next Post

July 28, 2020 Is Shame a Solution to Racism?
Recent Comments
0 | Leave a Comment
"Thank you for this article. Good points. However, I agree with Arthur C. Brooks, who ..."
Salvatore Anthony Luiso Civility is a Life and Death ..."
"Thank you for this article. When I lived in the Netherlands in the late 1990s, ..."
Salvatore Anthony Luiso Yes, we stereotype. So now what?
"You gave me a point for my farewell sermon Sunday: complementary ministries. It is the ..."
Shannon R Separating for the Sake of Church ..."
"I plan to treat myself to the book for my birthday next month, but I ..."
NorrinRadd Is biblical womanhood an example of ..."
Browse Our Archives
get the latest from
Jackson Wu
Sign up for our newsletter
POPULAR AT PATHEOS Evangelical
1

Christianity vs. Christendom?
Cranach
Books by This Author Books by Jackson Wu