How Honor Affects Our Response to Covid

How Honor Affects Our Response to Covid October 12, 2021 Jackson Wu

Did you know honor even affects the way people respond to Covid? While many of my readers might have guessed as much, most of us would have difficulty explaining how. So, here you go… a summary of current research.

Early findings not only show a relationship between honor and our response to Covid. In a paper under review for publication, scholars found that a concern for honor was present in both the United States and Iran. Nevertheless, they identify distinct ways that it spurs contrary responses to Covid in each culture.

The paper opens with a definition:

Honor is that cultural mindset which focuses people on protecting their well-being and that of their families or larger groups… To accomplish this, they are motivated to defend their reputation so that others will be less likely to take advantage of them.

In keeping with prior work, the researchers “predicted that the pandemic could trigger honor-based reasoning of the kind: If the government cannot look out for me, I must look out for myself.” They “also explore[d] the possibility that distrust of government amplifies the relationships between honor, self-reliance, independent action, and adherence to public health guidelines.”

After conducting multiple studies, they drew several conclusions. The first set of conclusions focus on Americans.

Americans who cared more about honor were more willing to rely on themselves, and because of this preference, they were less willing to adhere to CDC-issued This finding provides converging evidence that honor can impede cooperation with the government and willingness to follow public health guidelines during the COVID-19 pandemic.

Study 1 results broadly suggest that Americans with stronger honor values prefer to rely more on themselves, taking actions separately from government-issued guidance in the context of COVID-19.

The second group of findings concerns differences between Americans and Iranians.

Iranians in Study 2 responded differently from Americans. Iranians who expressed higher endorsement of honor values did not prefer self-reliance and did not act more independently of government… Iranians who endorsed honor values adhered more closely to public health guidelines. This pattern of results suggests that the cross-national relationship between honor and self-reliance may depend on contextual factors.

This difference in responses is significant for people who want to understand how honor-shame works across contexts. After all, “even when people endorse the same honor values, they may apply these values differently depending on how their choices are framed.”

Why is this so? The following paragraph is gold for anyone who wants to understand grasp how context affects honor dynamics. The researchers explain,

Generally, people with honor concerns are motivated to maintain social image and reputation, and they do so by adhering to social norms. However, the strategies people use for maintaining their reputation may depend on whether these actions are tied to shared values.

For example, if a society values self-reliance, actions that demonstrate self-reliance in that society should be useful for maintaining one’s reputation. American individualism promotes self-reliance as a sacred value and places it in opposition to government intervention.

To maintain their reputation, Americans might show that they can look out for themselves without assistance from others, including their federal or state government. Because of this individualistic emphasis on self-reliance, Americans perceive self-reliance as honorable.

What about in Iran?

Thus, a preference for self-reliance is not inherent to honor. Consistent with culture-as-situated-cognition theory, this view suggests that shared societal beliefs determine which values and behaviors are relevant to honor.

In part, we protect our reputations as a way of self-preservation. When self-reliance is not a cultural value, there is no reason to link honor with self-reliance. In fact, in many traditional cultures, such insistence on self-reliance could be seen as arrogant and off-putting, as though one preferred independence rather than interdependence. In that case, a strong valuing of self-reliance could lead to a loss of face (honor).

This study illustrates a key idea that I and others have stressed repeatedly. To put it as simply as possible:

Contextualization, evangelism, and Christian discipleship require we challenge many honor-values that drive our culture.

But how can we do this if we are either not aware of the cultural values that hold us or don’t perceive the fundamental values that shape a Christ-centered life? 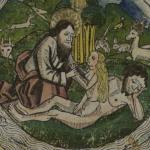 October 5, 2021
The Genesis of Masculinity and Femininity
Next Post