The message ‘Never Trump’ evangelicals are (not) sending the GOP

Conservative evangelicalism in America is supposedly having a crisis of conscience over the 2016 election. The momentum leading up to Trump winning the Republican Party’s nomination brought about a real come-to-Jesus moment for people who had grown comfortable with the way they were used by the GOP over the past few decades.

Many evangelical pastors and leaders, including some very prominent ones, pointed out that Trump lacks the moral character to be America’s chief executive and leader of the free world. This is to their great credit, because most leaders of the old-line Religious Right fell in line behind Trump. Polls indicate that most rank-and-file evangelicals will cast ballots for the lapsed Presbyterian New York billionaire.

The “Never Trump” holdouts did some soul-searching, many of them publicly critiqued elements of how conservative Protestants have engaged with electoral politics over the past 35 years. This has not been an easy or popular position to take, as I cannot think of a single Never Trump evangelical elite who has personally or professionally profited for his stance.

Ostensibly, they wanted to send a message to the Republican Party. The GOP has confidently counted on white evangelicals’ votes, winning them with little cost or difficulty for many consecutive election cycles. But a few of these evangelicals are not going to vote for Donald Trump. Not even Trump’s pledge to appoint Supreme Court justices who want to overturn Roe v. Wade has convinced them.

So what message are Never Trump evangelicals sending to the GOP?

White Never Trump evangelical leaders have basically said that they will not vote for Trump, but that they will vote Republican for all congressional, state, and local races. To the extent that anyone listens to them, this sends a very weak message to the GOP: “We don’t want to be very complicit in a Clinton victory. Our consciences can’t bear it. But we definitely need you guys to continue to control all other levers of power.”

Republicans in Washington must be overjoyed. Instead of withholding votes from the party that nominated Trump, white evangelicals believe they have a moral imperative to elect Republican representatives — almost all of whom support Trump!

As long as the GOP claims to be anti-abortion, it really needs not fear losing white evangelicals.  I don’t hear white evangelicals saying that there are fundamental problems with their position as the base of the party, as long as the party is right on abortion and nominates people of character. To them, the Trump nomination was just an aberration, not a sign of foundational corruption or rot in the party. Thus, evangelical elites will be back on the GOP bandwagon in plenty of time for the 2018 midterms. They figure someone with more moral credibility than Trump will maneuver to the top of the 2020 field of presidential aspirants.

If evangelicals wanted to send the party a message, they would vote for Clinton and the Democrats. They would say, “We care about the environment, immigration reform, criminal justice reform, and reducing poverty. Trump is worse than an embarrassment, he’s a danger, and we’re going to pad his opponent’s margin of victory. Get back to us when you’re serious about addressing the fact that without white race resentment, militarism, nativism, and a theologically vapid civil religion, you could not compete nationally. We repent of our complicity in this. Go and do likewise.”

But no one is saying that. White Never Trump evangelicals are saying, “We can’t support Trump. But we’ll never support Clinton. And we’ll support you down-ballot no matter what. We’ll back in two years. And every two years thereafter.” 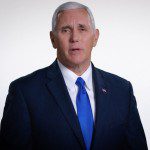