Transvestites and Conservative Christians Meet Minds at the Cult of Prettiness

Being pretty has never come naturally to me.  I like the concept in theory, but I don’t have the patience for it.

I grew up immersed in that world where gender-equality was translated as prove you can do everything a boy can. The going entertainment-industry trope was the odd-couple pairing of the pretty girl who was beautiful but whiny and useless with the tomboy who got things done and then got a makeover at the end of the movie.

That culture breeds misogyny.  Given my natural spread of strengths and weaknesses, I found myself rewarded, socially, for going tomboy, and most rewarded for sexy tomboy.  It sort of worked, except that it didn’t.

The best thing that ever happened to my husband and me (for he, too, grew up in that misogynistic culture) was having a daughter whose femininity fully integrates her whole person in a package that defies our childhood false dichotomies.  Those are big words to say I’ve got a girl who’s catalog-model beautiful and who loves fashion, make-up, arts and crafts, classical music, sports, rescue stories, adventure novels, high-stakes medicine, camping and hiking, gardening, babysitting, playing with dolls, and filling out paperwork.

She can shoot pretty well and she sings soprano.  Her first word was “shoes” (she is still obsessed) and she completed her first major mountaineering milestone at the age of four.  But I knew we’d hit the mark in raising a girl who was fully at ease with her femininity when it came to volleyball: She doesn’t give a rip that boys can, on average, serve harder and jump higher.  She wants to play against the best girls at her level, work hard and try to win.  She’s not in a contest against anyone; she’s on a quest to be herself to her fullest, however many inches of vertical that happens to entail.

My girls (I have a couple more along the same lines) do what they can to encourage me to let my inner pretty-person out, and we have fun at it.   There are skirts and dresses involved.  On the feast of Corpus Christi, after Mass the lady in the pew in front of me let me know that her four-year-old granddaughter just loved my skirt.   Of course she did: It had sequins on it.

My during-the-week uniform is a black t-shirt and jeans or canvas shorts.  Real jeans with no Lycra added, thank you.

I have two classes of friends who dress skirts-only: Transvestites and ultra-conservative Christians.  (Medieval reenactors of both genders could make a third group, but they tend to ditch the tunics and pull on jeans when it’s time to strike camp.)

And here’s a funny story, and I’ll disguise some details to respect privacy.  I’m chatting with a transvestite friend over drinks, and she’s glommed on to me because I’m the girl in a group of men, and if you’re a male-to-female transvestite, being perceived as female is the number one priority, so you need to be one of the girls.   Her problem, of course, is that the only girl around at this particular event is me, and I’m not girly-girl material.

And she’s talking shoes and clothes and things like that, and of course I’m out in public as frumpy as they come — my latest fashion dilemma is whether it’s time to order new black t-shirts, or just get through the summer on the existing stock.  (Big question: Is Duluth Trading Company having a sale on long-tails? Cause that’s my brand, and they aren’t cheap if you pay full retail.)

But here’s the reality, the thing that makes me different from her, and don’t read more into this than I mean: I’ve borne four children.  I’ve spent five and a half years of my life breastfeeding, or seven child-years if I get credit for the eighteen months when I breastfed two at the same time.  I am secure in my identity as a woman, no lip gloss required.

The hardest thing about motherhood and my self-image, as an athlete who did bicycling well and pregnancy poorly, was seeing my non-gestating friends reach new athletic milestones while I was barely holding it together physically, thank you hyperemesis.  I had to remind myself that I had in fact, through hard work and self-discipline, put on twenty pounds of lean body mass recently — it’s just that I’d put it on someone else’s body.

Since you might be reading more into this than I mean, let’s clarify: A woman’s femininity isn’t measured in babies-carried-to-term. Neither virginity nor infertility nor bereavement nor any other situation causes a woman to be less of a woman.

I am only saying that for me, given the bizarre culture from which I came, it has been a helpful thing to have tangible reminders that you can be fully feminine even if your nails won’t grow long and anyway nail polish feels icky.

But I will say something that irritates people: When I look at women who have no children, sometimes despite wanting them, sometimes because of not wanting them, I see, all the same, this motherliness in them.

I’ve heard ladies deny they have this motherly-thing going on (crucial evidence: they aren’t mothers), and I know I make people mad saying I see something they don’t.  But being a non-traditional mother in the sense of lousy housekeeping, inability to come up with a suitable casserole for the potluck, and a tendency to forget my children’s birthdays . . . I think maybe my mom-dar is operating on a different frequency.  Because yeah, I pick up that motherly feminine genius in my most butch or tomboyish spinster friends in a way that the transvestites just don’t have it.

Sorry transvestites.  Your shoes look good and I’m secretly jealous of your nails, but let’s talk about how you’d make a great father, okay?

So I have these Christian friends, some Catholic, some not, who do the skirts-only thing.  (It’s always the ladies who do it, never the men. I think I need to meet more Presbyterians.)  I don’t object to this.  Not one bit.  I know all these holier-than-thou Catholics who look down on the skirts-only crowd, and cast aspersions on the authenticity of their spirituality, as if Truly True Catholics all sport blue jeans nowadays.

[Just thinking about this makes me gasp and realize I forgot to put on my scapulars.  Be right back. . . .  Okay, back.  Let’s be clear: I don’t wear two scapulars for the express purpose of driving self-righteous modern Catholics into a foaming rage.  I just happen to enjoy ticking people off as a side-benefit.  If I really wanted to give someone apoplexy, I’d pull out one of my mom’s old mantillas.]

Since I can’t win any holiness contests, I need all the piety rubbing off on me that I can get.  If there are people who dress nicely out of a love of God, these are people I need in my life.

I’ve read too much history to equate pants with masculinity or skirts with femininity in any universal way, but that doesn’t make me mind the skirt-movement.

I could happily go skirts-only myself, if the current trend among transvestites and conservative Christians didn’t have such classist overtones.  I love skirts, I just need ones (and happen to own and love ones) that work well for climbing in and out of the back of my work truck.  I admire pretty shoes, but my feet require sensible ones.

The thing is this: I’m not dainty.  I don’t do well in the drawing room.  Small talk and polite conversation fascinate me; I’m entranced by the masters of that art when I get to listen in — but I can’t make it myself.  The biggest cross in my decrepitude isn’t missing out on cocktail parties, it’s being forbidden to mow my own lawn.  Yeah, sure, you can mow lawns in a skirt. No problem.  Just not one of those pretty little numbers with the coordinating heels.

Prettiness is a good thing. To value it and cultivate it is good, when kept in its proper place.   I think my transvestite friends have it wrong, and I think the way they have it wrong is a cautionary tale for the Christian friends.  Prettiness is the handmaid of beauty — one of her servants.  But beauty is the real mistress, and she reigns only as much as she’s oriented towards the ultimate Beauty that is God Himself.

Beauty puts prettiness to work, but beauty can dispense with her, too.  Beauty is pretty when she throws a cocktail party or a garden party, but she’s all rock and leather and beef jerky when you’re searching for her at the top of a long hard hike.  And when you are kneeling before the toilet, giving up another bottle of Gatorade to the work of bringing a new human being into this world, beauty looks like vomit.  Week after week of vomit, vomit, vomit.

She isn’t pretty then.  Pretty is about beauty, but beauty isn’t about pretty.  Beauty is about the creation of new eternal souls, the care and keeping of them, and the safe delivering of those souls to their eternal destiny.

My neighbor’s grandmother died at home after a long illness.   Her daughter and granddaughter washed and dressed the body, brushed her hair.  The grandmother was going to be cremated, but still this body required the loving respect of being made fit for its journey back to dust.  This is beauty: That sacrifice of caring for an aging, dying loved one.   That sacrifice of preparing a corpse for the undertaker.

My friend stepped back and admired her work.  Something was missing.  Grandma looked almost, but not quite, the way she would have wanted.

Pretty is the servant of beauty.  That missing thing? The one final thing that made Grandmother’s body ready for its final rest?  Lipstick. 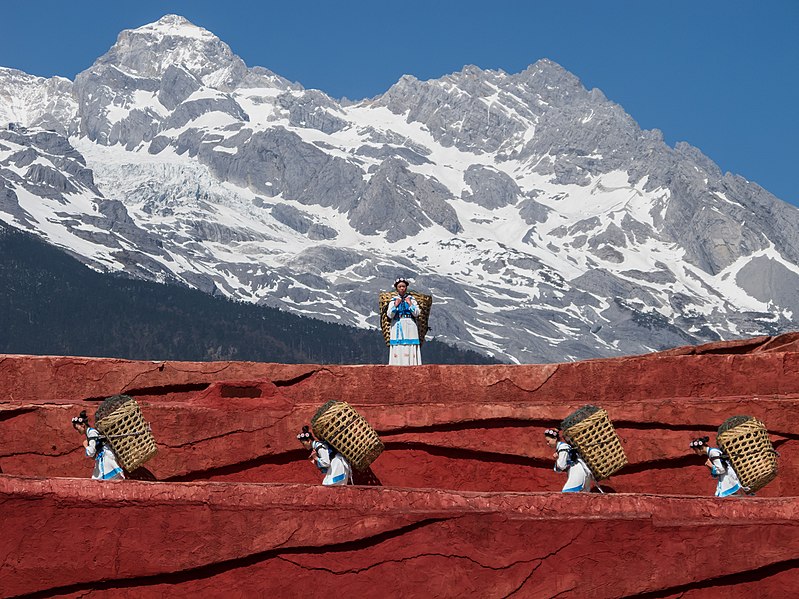 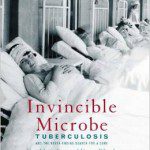 June 14, 2015 What Not to Read When You've Got a Rash
Browse Our Archives
Follow Us!

I love it when Catholics Nerd...
Catholic and Enjoying It!
Related posts from Sticking the Corners

Catholic
Is There Any Hope for People Like You...
Sticking the Corners

Catholic
Trends in Parish Administration: Are Deacons the New...
Sticking the Corners

Catholic
Idol-Tossing, Yay or Nay? It's Not that Complicated,...
Sticking the Corners
TRENDING AT PATHEOS Catholic