Apparently California has passed a law requiring stores to create gender-neutral toy sections? (H/T to Salon Beige of all places for the heads up. If you’re both a Francophile *and* want to see an exceptionally cute plea for restoring the Latin Mass, look here.)

So . . . on the one hand I was the teenager who wrote an angry letter to the editor when Lego first debuted pink, simplified, domestic-themed sets explicitly targeted at girls, because: Insulting and unnecessary.  (But, Dear Lego, More female mini-figs, huh?  You’re still waaaay behind the curve on that.)  On the other hand: I was the teenager who . . . yeah, I’ve been at this a long time.

So, with that for full disclosure, here is my reminder to all shoppers everywhere:  You can buy whatever you want.

You can buy clothes from whatever department suits your size, taste, and state in life.  You can not only buy yourself toys that aren’t marketed with stereotypical tropes associated with your sex, you can completely ignore the age recommendations while you’re at it.  Ditto hygiene products, ditto home furnishings, ditto everything.

Why exactly are you letting some stranger in a marketing department tell you what you can and can’t purchase? Seriously?

So anyway, God bless California.  It must be a very oppressive place, if people really don’t feel free to shop whatever toy aisle they please.  They must be pushing some hardcore stereotyping if girls who see a science kit in not-pink somehow think that therefore they aren’t allowed to do science.  Apparently California needs to catch its culture up with all the feminist victories of the 1970’s, so bless them for attempting that, I guess.

(Dear Mom & Dad: Thank you rearing me like a true child of the seventies, allowed to pick my own clothes and haircut and toys and sports and hobbies and friends without ever questioning whether I was male or female based on something as absurdly superficial as passing cultural fads.)

Meanwhile: Let’s keep convicted male rapists out of women’s prisons? Yes? Because *that* is a legitimate division between male and female necessary for public safety.  Provide vulnerable male prisoners with safe quarters separate from their aggressors, absolutely.  Men don’t deserve to be raped either.  But do it without denying female prisoners the same protection from sexual assault. Thanks. 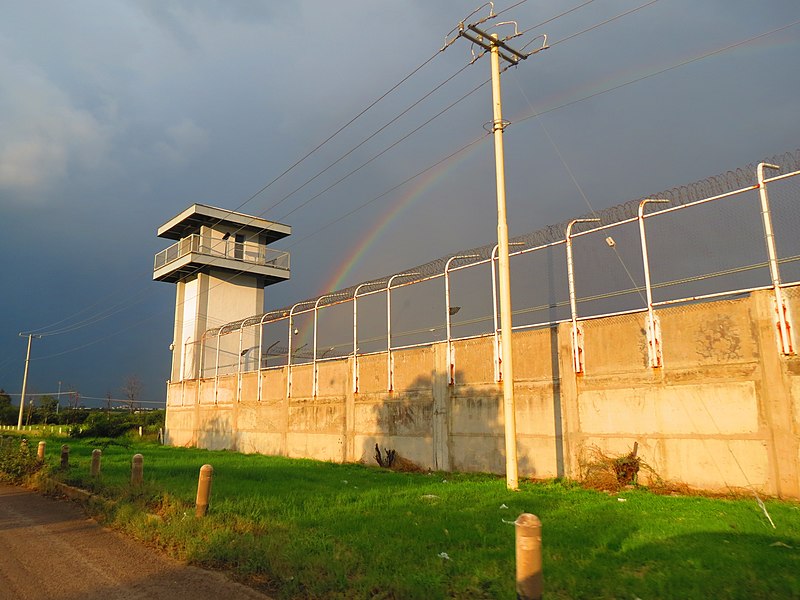 Photo: Exterior of a juvenile detention center, with a (real) rainbow in its background, via Wikimedia, CC 4.0.

October 20, 2021 The Cost of Flattening Your Opponent's Humanity
Browse Our Archives
get the latest updates from
Sticking the Corners
and the Patheos
Catholic
Channel
POPULAR AT PATHEOS Catholic
1

The Oxford School Shooting and its...
Steel Magnificat
Related posts from Sticking the Corners

Catholic
So. About Those Right-Wing Extremists.
Sticking the Corners