Could the Pope Be Black?

This week I volunteered to answer a question posed to the Catholic Channel writers: Could the Pope be Black?

Let’s narrow that question further: Could the next pope be Black, without any crazy circumstances, just a normal papal election producing that result?

There’s no dogmatic (set in stone as a matter of faith and morals) way for choosing the Bishop of Rome, but the current procedures are this:

Again, there’s not some immutable law that the pope has to be chosen from among those 120-ish guys, but that’s how it is (at the moment).

So our question becomes: Who among those eligible to participate in the conclave are Black?

Semi-conveniently, Wikipedia has compiled a list of the current cardinals and noted which ones are eligible for the conclave. You can sort the table by country to quickly discover a whole pile of obviously-Black candidates.

(Hint: Africa is chock full of them. But it’s not only Africa, if you dig a little deeper, it turns out the African diaspora has coughed up a few Black cardinals on other continents as well.)

Let’s narrow the question even further: Could the next Pope be a Black American?

If you scroll down the table to the United States cardinals, we currently have one African-American cardinal, Wilton Gregory. If the conclave were held today, he’d be in the running (against everyone else, of course), so it’s possible he could become the next pope.

Now let’s ask an unanswerable question: Will the next pope be Black?

Answer: There’s no telling. After the fact, there are always a contingent of analysts who swear that the newly-chosen pope was the obvious choice. And of course, a given man is elected for some reason, so it’s not as if they are just drawing names from a hat. (Or if they are, no one’s talking.)

But seriously: Cardinal-specific politics is how the new pope is chosen, and going into the voting there’s no way to know who is definitely going to end up on top. The best you can do is make a shortlist of likely candidates . . . and then be surprised anyway.

And one final question for today: What would it mean if the next pope were Black?

There are a pile of different answers to that. Let’s look at some of them.

The Vatican’s table of the geographic distribution of cardinals sums it up nicely: Europe has 51 cardinal-electors, Africa has 17.

It’s difficult getting accurate statistics on Catholic populations, but you can dig through Wikimedia’s country-level and regional data here. A lot depends on how you count who is “Catholic.”

For example, it is easy to be skeptical of the claims that Italy is approximately 75% Catholic when other data suggest that only 50% of Italians even believe in life after death. In contrast, one naturally takes more seriously the faith of Africans who daily risk their lives in order to be Catholic despite torturous persecution.

So while on paper the imbalance of geographic representation in the college of cardinals is not quite as bad as it seems, one does have to ask: Just exactly what are these European cardinals representing?

If the cardinals were to elect as Pope an African cardinal with a solid record of faithful leadership under horrible conditions of persecution, that would send one message.  There are candidates throughout Asia who would similarly fit that bill.

Conversely, a candidate like Wilton Gregory would send a completely different message. Exactly what that message might be, however, would be open to interpretation.

Can I recommend you subscribe to The Pillar? No matter your personal church politics and doctrinal leanings, there is nothing quite like following what actually happens in the Vatican to make it clear that what the cardinals are up to shows very little evidence of reading from a normie-Catholic script.

Regular readers know that last spring I attended the extremely historic ordination of the Diocese of Charleston’s first Black bishop. I don’t have any updates since then. What I see in The Catholic Miscellany is all good, and I have no deeper inside track than that.

When we outsiders analyze the appointment of someone like Bishop Fabre-Jeune, there are some obvious guesses as to how he was appointed. The language skills, pastoral record, and experience working with migrants seem to be more than enough justification for his candidacy.

Were there other political factors at play? Who knows.

Was there a conscious decision to give a state like South Carolina a Black bishop? Hard to say. No matter what insiders do or don’t claim, motivations can be complex.

But, regardless of why or how this particular man was nominated to this particular office at this particular time . . . it’s still a fantastic feeling, for those of us far too  familiar with the South’s legacy of racism, to have finally jumped the hurdle.

And once you’re there, you glance up at the papacy and shrug: Sure. If it can happen in Charleston, it can definitely happen in Rome. 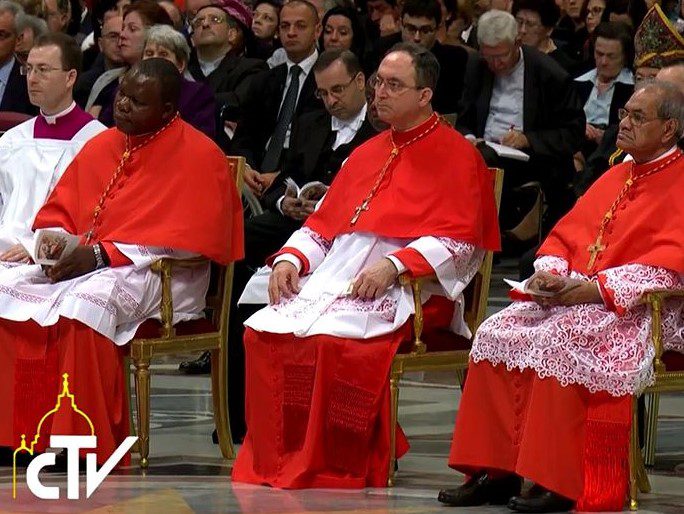 Photo: Cardinal Dieudonné Nzapalainga at left, at the 2016 consistory, with two other cardinals created that day, Sérgio da Rocha and Patrick D’Rozario. Not shown from the same scene: Cardinal Jozef De Kesel.  Photo by Centro Televisivo Vaticano, CC 3.0 . Read Cardinal Nzapalainga’s biography here — to my untrained eye, he’d make a great “I told you so” candidate were he elected pope. Here’s a Wikimedia rendering of his coat of arms, which is quite on point for today’s topic.

About Jennifer Fitz
Jennifer Fitz is the author of The How-to Book of Evangelization, OSV 2020. You can read more about the author here.
Previous Post

October 17, 2022
Parsing Out the Physical from the Psychological in Chronic Illness
Next Post

November 14, 2022 Catch Me Tonight on The Journey Home!
Browse Our Archives
Related posts from Sticking the Corners 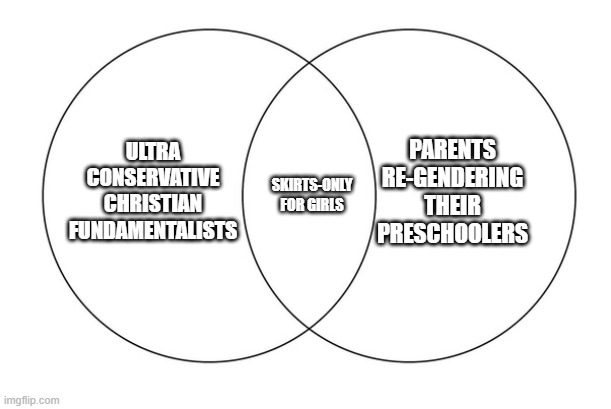