Immediately after Death, What Happens?

Following a sermon one day a person waited around until everyone had left and he asked me this: “My father was a Christian; he died last week; we buried him Monday. Where is he now?” And pastor after pastor has told me this is a very common — monthly — question they get from the grieving. Matthew Levering, in Jesus and the Demise of Death, explores how three representative scholars — N.T. Wright, Hans Urs von Balthasar, Aquinas (and the Catechism all over the footnotes) — explain the so-called intermediate state.

Big one: What do you think?

N.T. Wright is first up: relying on Surprised by Hope, Levering finds four themes in Tom’s conclusions: the Christian dead are conscious, happy, equal (no rewards, no differentiations, all is forgiven, all is purged), and inactive. But Levering observes N.T. Wright says nothing about Jesus and the intermediate state: where did he go between his death and his resurrection?

von Balthasar: all of the dead prior Jesus’ cross experienced the punishment of the damned, Jesus identified with them in solidarity and experienced both infinite distance and unity with God at the same time (a form of penal substitution atonement), in this experience sin is burned up as by fire. Levering moves to the Fathers through von Balthasar. Clement of Alexandria: Jesus entered into the realm of the dead to preach the gospel to those who died before Christ. Athanasius and John of Damascus say much the same. He then appeals to Alfayev, whose book Christ the Conqueror of Hell I reviewed on this blog. Alfeyev thinks Jesus entered into death and hell to destroy the power of death and Satan, and he destroyed hell (not sure what this means) and all that remains is a prison, which houses Satan and those who want to be with him. But Alfeyev believes in a second chance, and Levering does not believe in the second chance. Levering believes in “implicit faith” in this life, making second chance unnecessary. The fathers see a Jesus who is active and humans who can be active, and who are in a state of potential joy.

Aquinas: like Augustine, he thinks 1 Peter 3’s emphasis is baptism, not what Jesus was doing. Like others, Jesus’ soul went into the intermediate state to wait for resurrection. In this state, Jesus freed Israelites who, because they died before the death of Christ, were incompletely redeemed. He cites Hurtado agreeing with Aquinas. Theirs then was a joy mixed with some suffering, awaiting the fullness of joy in the redemption of Christ. Not all, however, are in the same condition. Those who welcomed Christ were led into full joy, awaiting the fullest joy in the resurrection (necessity of the body for complete redemption). Christ is not active in the intermediate state and the saints are Israelites who need full redemption.

Levering thinks Aquinas’ view avoids the unhistorical and otherworldly and inactive condition of the saints between death and resurrection. And he thinks Aquinas avoids the overactive work of Christ in evangelizing that one finds in some of the Fathers. His work after his death is the work of his death and resurrection, not something more than that.

August 3, 2012 Junia's Friends
Recent Comments
44 Comments | Leave a Comment
""
Queenofthefuzzybugs The (Non)Wesleyan (Non)Quadrilateral
""
Xanthrince JesusCreed.org Blog Prayer
""
William Ristau Writing In Your Life
"'This renewal began first with the renewal of the people of God (chapter 5 or ..."
Kostya2 Putting the Bible Together
Browse Our Archives
Related posts from Jesus Creed 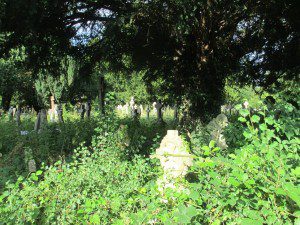