The Many Beating Hearts of Evangelicalism

The Many Beating Hearts of Evangelicalism September 2, 2013 Scot McKnight 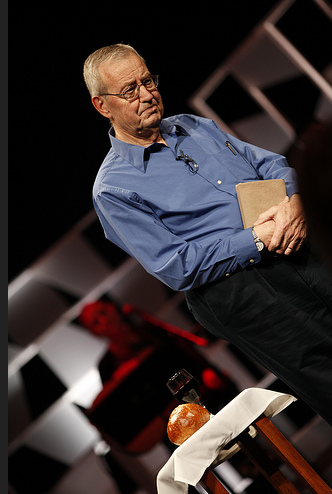 Though some think they can simplify evangelicalism, as one hears at times in the media or from some group that thinks it alone is the true heart of evangelicalism, the consensus of intelligent reporting and thinking about this movement is that is a movement with many beating hearts. Many good studies have proven this, and a brief listing of the thinkers would include David Bebbington, Mark Noll, Randy  Balmer, George Marsden, and Don Dayton.

Add to these names the masterful sketch by Gary Black, Jr., in his fresh study of Dallas Willard, The Theology of Dallas Willard: Discovering Protoevangelical Faith (2013). There you have in that second-to-last word a tip of his hand: he will see Dallas as a “proto” evangelical. But the reason he chooses that term will await another post. Today we want to look at this sketch of the many beating hearts of evangelicalism.

To use a few other images: evangelicalism is a village green, big enough for all those who want to picnic but there are separate tables for different families; it’s a big tent with plenty of booths inside for all. To equate true evangelicalism, then, with being “Reformed” as some today seem to think is the way of faithfulness, fails to account for our diverse history. Gary Black masterfully sketches this diversity. So, again, there are many beating hearts — all kinds of lively and life-giving centers.

Don Dayton once said there ought to be a moratorium on the word “evangelical” because it can refer to historic Lutherans (German Evangelisch), it can refer to the Wesleyan movement which focused on a religion of the heart, and it can refer to the 1950s to the present day kind of “neo-evangelicals.”  George Marsden made a big point when he said it was “trans-denominational” and he’s right.

But Black begins with what I will call a historic heart beat: there’s a set of beliefs, not often defined specifically but clear enough in general, to say this is what evangelicals have been committed to when it comes to beliefs.  Here he sketches David Bebbington’s quadrilateral, and I would say this has become now standard form for defining evangelical beliefs. What is this heart beat?

1. Conversionism: evangelicals believe a person must be born again to be a Christian and that means they have made a personal decision at some time.
2. Activism: this isn’t so much social activism as it is evangelistic and missional activism.
3. Biblicism: The efficacy and primacy of the Bible is characteristics of this movement. It’s the source of theology and beliefs. Difference of interpretation is fine, but it is legitimate difference in reading the Bible. Traditions are fine but must be rooted in Scripture.
4. Crucicentrism: the atoning death of Jesus, the atonement (not often defined but leaning clearly toward substitutionary atonement), as well as a cruciform life. Hence soteriology is central.

There is dispute about which of these four is the most important, or which gets primacy … I tend to think today it is #1 while others think #3.

That’s the first heart beat. The second one comes from Randy Balmer’s lucid little book The Making of Evangelicalism, where we are treated to a sketch of four transitional events, and these events then define the make-up of evangelicalism. The heart beats, then, beat together and you must hear all of these beats.

1.Between the first and second awakenings, from Edwards to Finney, salvation went from an act of God upon a passive individual to a choice by humans who were active.
2. In eschatology there was a shift from more amillennial and postmillennial theories toward premillennial and dispensational eschatology, that combined with withdrawal from society and social, ecological concerns.
3. Fundamentalism broke away from liberalism and evangelical/fundamentalism began to develop its own institutions outside the prevailing mainline culture. Concerns with scientific evolutionary thinking was part of this.
4. The rise of the Religious Right formed a new heart beat: Fundamentalism withdrew from culture and society while the Religious Right reentered the public sector with vigor and with strong theories of how America should be run.

Some more heart beats can be heard if one listens gathers around Neo-evangelicalism, the Baby Boomer Church Growth Movement, Post-evangelicalism, the Spiritual Formation Movement and the Emerging Church Movement. Yes, each of these groups is on the Village Green — calling others to listen and calling out others and wondering aloud what this is all about.

Neo-evangelicalism stems from Carl Henry’s call for fundamentalism to quit separatism and reenter the public fray and to do so with intelligence, relevance, and evangelical faithfulness.

Post-evangelicalism became, if I may, a prophetic critique of the stuff going on here: too much individualism, lack of ecclesiology and discipleship, megachurch breaks down intimacy and fellowship, and premillennialism was insufficient.

The Spiritual Formation Movement focused on spiritual disciplines, tied into personal transformation and a return to the great spiritual classics of the church: Richard Foster, Dallas Willard, Larry Crabb, Gary Moon, John Ortberg… etc. This ties together psychology and spirituality into an inward transformation emphasis.

Emerging Church: here his focus is McLaren, Pagitt, Jones, et al… and sees a gradual emphasis and move into postmodernity’s impact on the faith, on the church, and on the need for local church ministries.

The heart beats reveal evangelicalism is in flux and there is a profound re-aligning of spiritual values for many who were nurtured into evangelicalism.

All of this sets up Dallas Willard’s theology… wow, exceptional survey and it is worth buying this book just for the survey. And the book now gets going!