Who is an Evangelical? Or, Who Decides? 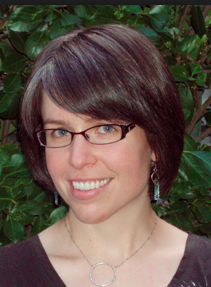 A standard story is that the fundamentalists couldn’t handle their own questions so it was the neo-evangelicals who found a better way. The leading lights of neo-evangelicalism were Billy Graham, Carl Henry and Harold John Ockenga. In neo-evangelicalism American evangelicalism found a new kind of unity. That, in fact, is one story but Molly Worthen (University of North Carolina), in what may well prove to be one of the most important books on evangelicalism in a decade or two, Apostles of Reason: The Crisis of Authority in American Evangelicalism. At a number of points Worthen challenges the narrative I sketched above.

A number of important themes at work among evangelicals are sketched admirably in this book. To begin with, the issue of inerrancy. Christian Smith argued that the obsession with sola scriptura among evangelicals is not matched by cohesive or compelling interpretations, leading to the “Bible made impossible.” Molly Worthen provides the narrative of that tension.

The most recent Evangelical Theological Society gathering focused on inerrancy, and Mike Bird, who was on the lead panel, came away asking the question: Whose definition of inerrancy does ETS follow? Is it that of Al Mohler or DA Carson? Precisely, and that is the problem that Molly Worthen is addressing in the first major section of the book: Who decides who is evangelical? Who decides what evangelicalism believes? Her contention, and I think she’s right and revealing at just this point, is that it is the elites. Well, who’s that? Ultimately it came down to a few leaders: Billy Graham, Carl Henry, and Christianity Today.

What Worthen reveals in this book — at least for me — is how exclusive that inner circle of elite neo-evangelicals was. I’ve always contended neo-evangelicalism was expansive, a village green, a big tent, but her studies reveal it was more or less a hand-selected cadre of nearly all Reformed-leaning but not-so-denominational leaders. What strikes me in this book is how often she is in touch with alternative voices — the anabaptists like John Howard Yoder, the Nazarenes and an admirable grasp of the Restoration movement. I have been with each of these and often I experience tension amongst them in whether or not they are evangelicals. Why the tension? They were not at the table when “evangelical” was being defined. In other words, they were welcome at some level but not completely — the more denominationally-affiliated the evangelical the less interested they seemed to be in neo-evangelicalism. The leaders of neo-evangelicalism wanted evangelicalism to be Reformed, but generous toward others. Many did not experience the generosity.

Just a few observations now about section one on inerrancy:

Carl Henry is the focus; Barth was Henry’s nemesis. I have long wondered who will write the story of evangelicalism’s polemic against Barth (Henry’s life passion in some ways; Van Til, too) that has now become a much wider embrace. In this circle emerged the Common Sense Realism into the propositional theology of CH Hodge and then on into many in the neo-evangelical ambit led by Ockenga and Henry. World and life view came into play, and Worthen thinks this was a conservative cultural trend as much as a theological idea. Names like Machen and Gordon Clark appear frequently in this narrative.

Good sections on the “company men” as opposed to the entrepreneurs (neo-evangelicals): Wesley Holiness Nazarene leaders like H.O. Wiley, Anabaptists like Harold Bender and Yoder, Fuller seminary’s story of a Billy-Graham approach that fell apart when some of its major voices didn’t want to play that game, so Carl Henry, Harold Ockenga, Harold Lindsell, Wilbur Smith, Gleason Archer, Charles Woodbridge packed their bags and Fuller developed a broader evangelicalism while those leaders went to form the core of neo-evangelicalism or moved back more into fundamentalism.