The Spirit of Life (RJS)

The fifth chapter of The Spirit in Creation and New Creation: Science and Theology in Western and Orthodox Realms is by Jürgen Moltmann. I’ve heard a great deal about Moltmann over the last several years, but this is the first thing by Moltmann I’ve had reason and time to read. (Yes I could have “made” reason and time but it just never moved to the top of the heap.)

In his essay Moltmann points to a deeper understanding of creation, one that involves the ongoing creative power of the Holy Spirit.

According to Christian interpretation, the act of creation is a trinitarian act: God the Father creates through his eternal Word in the energies of his Spirit this non-divine reality, which though it is non-divine is nevertheless interpenetrated by God.

It is noteworthy that Basil ascribes the completion of creation to the Holy Spirit. I understand that to mean that all created beings are aligned towards their future consummation and are driven towards that through the energies of God’s Spirit. The creation open to the future has to be understood as creation fashioned by the Spirit. In this direction and movement it is not merely a material reality; it is a spiritual one too. (p. 66)

He also notes that the action of the Spirit is best described using biological metaphors rather than inanimate metaphors from the physical sciences. The Spirit gives birth, nurtures, and enlivens. Moltmann doesn’t bring it up, but I would expect that metaphors using a potter and clay are also better suited to the creative action of the Father rather than the Spirit. But all such metaphors are incomplete in isolation. Creation is an ongoing trinitarian activity.

God’s Good Creation. Turning to the creation narratives in scripture, Moltmann suggests that we need to begin with Revelation 21 and then turn to Genesis 1 in this light.

Genesis 1 does not describe a perfect world, but only the beginning of a creation which just arrives at its true nature in the “new creation.” Genesis 1 describes only Act I of creation, the beginning of creation history which arrives at its goal and its perfecting in the kingdom of God’s glory. The expression “new creation” can easily be misunderstood, as if the just creation had miscarried, and another, quite different one was to come about instead. What the phrase means is the rebirth of all things in their eternal form. This eternal creation, world without end, is not something lying behind us; it lies ahead of us. Creation in time is aligned towards eternal life. Then not only will death “be no more” (Rev. 21:4) but transience will be overcome as well. In this respect the “new creation” will bring not only redemption from sin, death, and chaos, but also the completion and perfecting of the first act of creation, and the fulfillment of its initial promise. (p. 68)

Reformed theology, beginning with Calvin himself, does not see the initial creation in Genesis 1 as a timeless perfection to which we will return. There was process and promise from the beginning. Moving away from Calvin, who was much more deterministic, we can view creation as progressing towards God’s intended consummation under the interactive guidance and nurture of the Spirit. Moltmann also points out that the Christian view of creation should not begin with Genesis 1 and 2.

The starting point for a specifically Christian doctrine of creation is the Christ event: the coming of Christ into this world, his lowering of himself and his exaltation, his self-giving reconciliation of the cosmos, and his resurrection for the gathering together of all things (anakephalaiosis). With this event the new creation of all things in their eternal form begins in the midst of this world. … The eschatological perspective of the consummation of all things is the justification for the Christological way of reading the creation stories in the Old Testament. (p. 68-69)

The Christian doctrine of creation begins with John 1 along with texts such as Ephesians 1:9-10 and Colossians 1:15-17.

The New Creation. And what is this Spirit of the new creation?

According to Christian understanding, the Spirit of the new creation is the power of Christ’s resurrection and the power of the risen Christ. Pentecost presupposes Easter. (p. 75)

The Spirit was and is poured out on all believers without discrimination.

That means equality. Sons and daughters will prophesy – there is no discrimination, and no subordination of women to men. The young will have visions and the old will have dreams – there is no detraction because of age; no one is too young and no one is too old. The Spirit is poured out on slaves; there are no longer any masters and no ruling classes; all are equally endowed with the Spirit. For Paul this equality among God’s children widens out to include ” Jews and Gentiles, slaves and free, men and women.” The are all one in Christ and heirs of the new creation (Gal. 3:26-28). (pp. 75-76)

The Spirit is vital energy that draws all together into charismatic community, mutual submission and peace with each other. The idea that like draws to like and congregation into small enclaves of interesting people “just like me” is alien to life in the Spirit of God.

The Spirit is not supernatural from heaven but eschatological from the world to come. The living energy of the Spirit is the power of the age to come, the future world, the new creation.

The relationship between science and theology. This essay by Moltmann came out of a conference that explored the relationship between science and theology, The essays by Polkinghorne, Alexander, Schloss and Katsanov (whose essay is an interesting discussion of the relationship between mathematics and theology, but didn’t make its way into a post) were focused on the perspective from science accompanied by theology.  Moltmann has the perspective of a theologian rather than a scientist. His view of the Spirit in creation and new creation has much to add to the conversation. Creation is not so much an event as a process and the good creation of Genesis 1 was always a creation with a path to consummation. Theology, according to Moltmann, does not inform science, but the hermeneutics of nature and the metaphysics of physics. All approaches to science incorporate a hermeneutics of nature. Raw facts are incredibly limited in their explanatory power. A map of one’s genome tells you very little about the “person-ness” of that individual. Christian theology informs the interpretation of nature, its purposes and goals, not the formulas of physics or the significance of the genome.

What do you think of Moltmann’s view of the Spirit in creation and new creation?

Does it make sense to think of the power of the Spirit as an eschatological force from the future?

March 4, 2014
Jesus, Paul and Grounds for Divorce
Next Post

March 4, 2014 Top Problems for Pastors
Recent Comments
8 Comments | Leave a Comment
"WOW UR TESTIMONY JUST SAVED ME. WOW. Thank you praise Jesus. (I feel like that ..."
Luu Saturday Afternoon Book Review: Andrew Farley
"Avoidance of these verses is at the heart of faulty conclusions. Humanistic interpretations are why ..."
Glenn Harrell What To Say When Someone Says ..."
"I think what you should say is: "I don't want to kink shame, but that's ..."
Spirit Plumber What To Say When Someone Says ..."
"Jesus dying temporarily for our sins doesn't really make much sense. Here's why:Let's say I ..."
C Nault What is a “Sacrifice of Atonement”?
Browse Our Archives
get the latest from
Evangelical
Sign up for our newsletter
POPULAR AT PATHEOS Evangelical
1 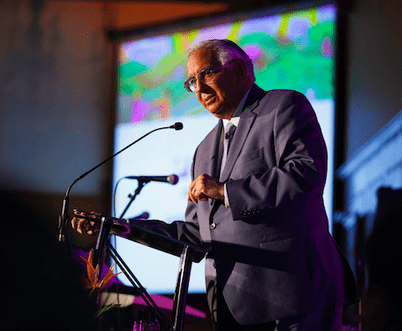 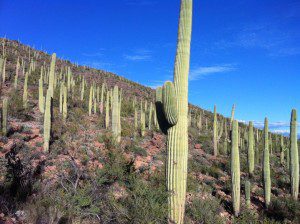