Patristics and the Bible 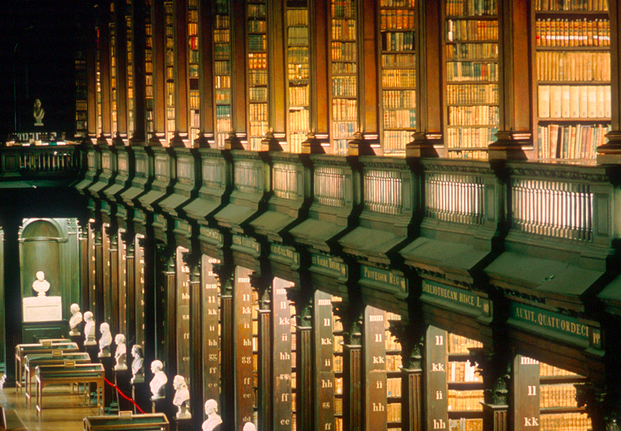 A review by Bryan Litfin (information at bottom of this review).

Michael Graves. The Inspiration and Interpretation of Scripture: What the Early Church Can Teach Us. Grand Rapids: Eerdmans, 2014. 201 pp. $24.00.

Over the past several years, a noteworthy patristic upswing has swept Evangelicalism (“patristic” is the traditional descriptor for things having to do with the ancient church). This return to the sources, or the Evangelical ressourcement as it has been called, began in academic circles but quickly made its way to the pews. These days it isn’t uncommon to hear preachers quote the opinions of an early Christian to back up a point or illumine a key idea in a sermon. Evangelicals have realized the church fathers belong to them, not just to Catholics.

One of the most common refrains you’ll hear among advocates of ressourcement is that the church fathers help us interpret the Bible. Whole commentary series have been published with the goal of getting the noses of pastors into actual patristic exegesis. Everyone agrees we need the wisdom of the ancients to help us interpret. Yet it’s one thing to say we should do it, and quite another to tell us exactly how. That is the task Wheaton College professor Michael Graves undertakes in The Inspiration and Interpretation of Scripture: What the Early Church Can Teach Us.

Graves’s book is one of those heavyweight studies that will certainly please the academician. Nevertheless, it has a vital message for the church as well. This twofold appeal actually works against itself at times. The average pastor’s hectic schedule doesn’t leave much time for perusing the latest scholarly tome. Relatively few pastors are going to work their way through Graves’s dense, methodical paragraphs. Though his writing style is lucid and logical, it’s not exactly what you’d call entertaining. He’s building a case with a scholar’s erudition, and he does a masterful job of it. But unless the reader is already interested in patristic hermeneutics, the effort might turn into something of a slog. And that would be a shame, for Graves’s message needs to be heard—not just by theorists in the ivory tower, but by the practitioners of biblical exposition who serve the people of God.

Where Does Meaning Lie?

In the introduction, Graves takes a familiar question and turns it on its head. Instead of asking, “What qualities must belong to Scripture because it is inspired?”—which causes us to read back onto the sacred page whatever we determine those qualities must be—a better question is, “What do we actually find in Scripture?” When we investigate how the biblical writers interpreted the sacred texts that preceded them, we discover a much different method than the historical-critical approach taught in our modern seminaries. The New Testament writers found rich Christological meanings in Old Testament texts—meanings that probably weren’t intended by the original Jewish authors. The ancient church fathers used exactly this approach as well. Graves wants to reveal how the early Christians were doing their exegesis, and by their example, to restore a level of comfort with interpretive meanings that aren’t entirely circumscribed by what could have been in the original author’s head. Better, Graves believes, to bring the modern reader’s mind into contact with the mind of God himself.

The core of the book introduces us to the shape and intent of the ancient church’s hermeneutical methods. Graves organizes the study around five key themes: Scripture is always useful for edification; God’s illumination helps us see multiple layers of Christ-centered meaning in the text; the divine voice is often cloaked in the riddles, mysteries, and wordplays of ordinary speech; the Bible’s revelation is generally accurate in matters of fact and history; and the Bible is theologically true, providing reliable Christian doctrine and a worthy view of God. Graves is entirely correct that these themes represent the ancient church’s view of sacred scripture. What he really wants us to consider is: How can we recover and apply these insights today?

Despite Graves’s mastery of a vast array of sources and his detailed scholarship that piles on evidence from the fathers, at no point is his overarching thesis unclear. To make sure it isn’t, a meticulously-argued conclusion tells us exactly what the author wants to say. Of course, his fundamental thesis may unsettle those who hold to what has been called the “literal-grammatical-historical” method. That term can mean a lot of things, but it usually designates an inductive method by which the objective meaning that resides in the text is drawn out by a dispassionate observer using scientific techniques. Graves argues just the opposite: “I believe we should nuance our conception of Scripture’s authority by affirming that the final locus of interpretive authority rests in the relationship between God and the individual Christian.” (141)

If you are hearing rampant “postmodern relativism” here—not so fast. Graves isn’t advocating an interpretive free-for-all in which every reader does what is right in his own eyes. The point of examining all that patristic biblical interpretation was to bring it to bear on the modern task of exegesis. And to his credit, Graves doesn’t valorize the church fathers. He realizes many things the ancients said simply won’t work anymore. However, a lot of gold still remains among the dross. Borrowing especially from the Antiochene “literal” approach, Graves advocates a hermeneutic of multiple senses that allows subjective new meanings to emerge from the interplay between God and the exegete when they meet in the text of Scripture. At the same time, the four walls of Christ-centeredness, the church as the interpretive community, the worthiness of God, and his ongoing ministry of illumination provide boundaries to the text’s possible range of meaning.

Michael Graves has written an extremely important work of pastoral technique disguised as a scholarly history. Like other professors at Wheaton, he offers an apologetic for theological interpretation of Scripture (TIS) that drinks deeply from the church’s ancient tradition. Whether today’s pastors have the desire—or perhaps the courage—to stray from the perceived safety of an objective methodology remains to be seen. Yet if they do attempt this bold endeavor, Graves has proven they’ll be in good company.

Bryan Litfin is Professor of Theology at Moody Bible Institute, Chicago. He is the author of Getting to Know the Church Fathers (Brazos, 2007) and Early Christian Martyr Stories (Baker Academic, forthcoming). He resides in Wheaton, IL.

April 5, 2014 Odd Facts about Income
Recent Comments
5 Comments | Leave a Comment
Browse Our Archives
get the latest from
Evangelical
Sign up for our newsletter
POPULAR AT PATHEOS Evangelical
1