The Historicity of Adam is a Gospel Issue (RJS) 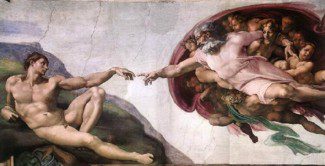 The final major essay in Four Views on the Historical Adam is by William D. Barrick. In his chapter Barrick argues for a traditional young earth view of Adam as the unique, supernaturally created, seminal father of all humankind. He argues that this is central to the biblical story and the Christian worldview. If Adam is not historical we must wonder why there is a need for Jesus. According to Barrick “[t]hat makes the historicity of Adam a gospel issue.” (p. 222 – emphasis in the original).  Barrick’s stress on the importance of a young earth and a historical Adam exactly as described in Genesis 1-3 is rooted in his approach to scripture (what we might call his theology of scripture) and his understanding of the gospel story conveyed in scripture.

In Barrick’s view, which he calls the traditional view, a historical Adam at the original man from whom all human beings descend is foundational to a biblical understanding of God’s creative activity, the history of the human race, the nature of mankind, the origin and nature of sin, the existence and nature of death, and the reality of salvation from sin; it is foundational to the progressive account of the historical events recorded in Genesis, … “and perhaps most importantly, foundational to a biblical understanding of Scripture’s authority, inspiration, and inerrancy.” (list and quote p. 199, emphasis mine)

This is important – everything in Barrick’s view rests on his approach to scripture as inspired and incapable of error of any sort. In his view the Holy Spirit superintended the writing of scripture and protected it from all error. This leads to very strict readings of the intended meaning and prevents serious consideration of the idea that mistaken understandings may have been included. His theology and, to be fair, the theology of many other Christians rests on this approach to scripture.

First, the traditional view commonly affirms that God gave the Genesis account of creation to Moses by special revelation. Thus the narrator is both omniscient and reliable, because the ultimate author is God himself. After all, if Adam was truly the first human being, there were no human eyewitnesses to his creation. Additionally, Adam could not have described the making of the woman, because he was in a deep sleep throughout the divine procedure. The only eyewitnesses are God and the angels. The only alternative to divine revelation would be an unlikely angelic report. …

Second, traditionalists take the position that the declarations of Genesis bear the stamp of divine truth, historical fact, and historiographical accuracy. (p. 199-200)

He believes that the suggestion that the account contains mistaken ancient Near Eastern conceptions of cosmology “impugns God’s moral integrity.”

The Creation Account. The Biblical evidence for the traditional view of origins rests on the straightforward prosaic nature of the account of creation and of Adam and Eve.  Evolution is not consistent with the biblical account for a number of reasons – but one is that Adam was created first and was alone … “if it takes countless years to produce one such individual, how will he survive long enough while another similarly developed individual evolves who is his compatible opposite in gender for the human race to begin?” (p. 210) The Genesis account refers explicitly to individuals and not to groups or populations and the traditional view takes this specification seriously.

Adam is the seminal (physical) head of the human race and Eve was produced directly from him using his DNA “altered by God at the time he formed her.”(p. 213)  Sin enters into the human race before any children were produces and is transmitted to everyone else through the contribution of the male parent.  Immediate death would have put an end to God’s plan for Adam and Eve, thus he allows them to produce offspring and eventually the seed who is the restorer – Christ. Not only is sin transmitted through the male but …

As far as that disobedience is concerned, the second masculine singular grammatical form (verbs, pronouns, and pronominal suffixes, throughout Genesis 3 make it clear that the Creator holds Adam accountable. As Eve’s husband, Adam is head of his family and responsible for both Eve’s and his actions leading to sin’s entrance into the world. (p. 214)

The climax of the Genesis 3 account is that “Adam and Eve produce children bearing their image as rebels against a holy God.” (p. 215)

The Gospel Story. Barrick sees strong support for the traditional view in the New Testament (as well as the rest of the Old). He suggests that the genealogies in both Matthew and Luke connect back to Adam, although only Luke does so explicitly.  Paul makes reference to the one man in Acts 17 as well as 1 Corinthians 15 and Romans 5.  He does not feel that an archetypal or any view of Adam other than as a single unique individual can fulfill the textual and theological role assigned to Adam.  In fact, he argues that the biblical description of sin depends entirely on the historicity of Adam because it is both active rebellion and a state of being, but not an inherent aspect of the created order. The state of being alien from the created order entered through a man (Adam) and an act (Adam’s).

Adam must be a completely righteous person, bearing the image of God, who succumbs to a specific temptation from outside his own person and who represents the entire human race. (p. 221)

He concludes his discussion of the thrust of the argument, connecting Christ, atonement, resurrection, and Adam:

In Barrick’s view the only reason that people stray from the view he has described is because they allow extrabiblical sources to trump (or even nuance) the biblical account. This includes extrabiblical information from geology, evolution, and archaeology (especially ancient texts) as well as other errant human studies.

When a reader of the Bible accepts extrabiblical evidence (whether from ancient Near Eastern documentation or from modern scientists’ interpretation of circumstantial evidence) over the biblical record, that denigrates the biblical record and treats it with skepticism rather than as the prima facie evidence. (p. 226)

The adherent to the traditional view turns to science only to refute the secular scientist, not because they care about science as primary evidence. We must stand on the testimony of the biblical text. “Science changes, the Scripture does not.” (p. 227) He finishes by quoting John Walton from his commentary on Genesis to close his essay: “We need to defend the teaching of the text, not a scientific reconstruction of the text or statements that are read between the lines of the text.” (p. 227)

In the next post on this book we will look at the responses offered by Denis Lamoureux, John Walton and Jack Collins along with William Barrick’s rejoinder and some thoughts of my own. Today I would like to focus on Barrick’s view.

What do you see as the strengths of his traditional approach?

What are the weaknesses?

July 15, 2014 Rachel Marie Stone and Ending Gun Violence
Recent Comments
38 Comments | Leave a Comment
Browse Our Archives
get the latest from
Evangelical
Sign up for our newsletter
POPULAR AT PATHEOS Evangelical
1