I have been reading Joshua Ryan Butler’s The Skeletons in God’s Closet, the first major section in which is a study of hell — and how it fits into the Bible’s narrative. Hell without a story becomes a torture chamber.

Butler begins by clarifying the all too common view of hell:

We get hell wrong because we get heaven and earth wrong…. So what is this problematic story? The distorted picture in which the puzzle piece won’t seem to fit? If you ask most folks today how hell rorks, they will usually tell you something like this: “Right now I live on earth. One day I will die. When I die, I will stand before God and God will either send me up to heaven if I’ve done the right things, or down to hell if I haven’t (5).

There are, he says, three problems here:

1. It is Me-Centered vs. God-Centered.

2. It is works-centered instead of grace-centered. It is about “behavior management.” [Butler is here using categories I wouldn’t use, but I would blend this point into the first one. The problem, in short, is a false dichotomy between God’s action vs. our action when the Bible requires us to respond — and that’s an action, one Paul calls the “obedience of faith.” Forget this for the moment, not a big deal for his study.]

3. It’s view of Earth creates a kind of disembodied spirituality, a physical world we want to escape instead of an eternal new heavens and new earth. Heaven in the Bible is threaded to earth, but hell is not. Earth-y living is preparing for heaven-y living. Here is the narrative at work:

God is on a mission to get the hell out of earth (15). [Tweet that, and include @scotmcknight so my folks can get a number for it.]

There are two ways to take this statement: one, it means abandoning the physical world for a spiritual world; two, it means redeeming the world from evil. The difference is dramatic, and the second one is the Bible’s narrative. Here is that narrative:

In the gospel story, heaven and earth are currently torn by sin. Our world is being ravaged by the destructive power of hell. Sin has unleashed it into God’s good world, and God is on a mission to get it out, to reconcile heaven and earth from hell’s evil influence to himself through the reconciling life of Christ. The time is coming when God’s heavenly kingdom will come down to reign on earth forever, when Jesus will cast out the corrosive powers of sin, death, and hell that lave tormented his world for so long (16).

2. “Jesus will liberate his capital and establish his kingdom in the earth. When he does, the power of hell will be cast “outside the city,” away from the seat of power, influence, and authority, where it can no longer hurt or destroy” (48).

3. “God’s purpose is not torture, but protection. God contains the destructive power of sin to protect the flourishing of his new creation” (67). [Notice here a teleology for hell: to protect the good world of God’s people from evil and death.] 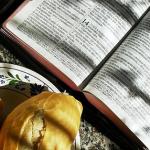 December 15, 2014 Lord's Supper: Who is Unworthy? (Jeff Cook)
Recent Comments
26 Comments | Leave a Comment
Browse Our Archives
get the latest from
Evangelical
Sign up for our newsletter
POPULAR AT PATHEOS Evangelical
1

What I Learned from Reading Wendell Berry
For the past several years, I’ve been reading through Wendell Berry’s Port...