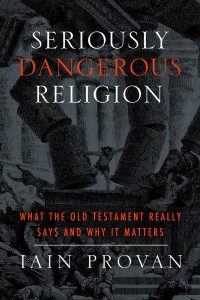 Iain Provan, in his book Seriously Dangerous Religion: What the Old Testament Really Says and Why It Matters (Ch. 10) makes the claim that God is a gradualist. This has significant implications for biblical society, the lessons we should draw from biblical society, and the attitude we should take toward our society today.

From all of this it is clear that, in the biblical way of thinking, God does not deal with the world in an all-or-nothing way. He works with the world as he finds it, and (indeed) he accommodates himself to the world as he finds it, so that the world—and human society—may continue. When it comes to the new Jerusalem, God is a gradualist. He nudges the world slowly in the direction of this great city, rather than dropping it from heaven directly upon the world. (p.264)

The “all of this” that Provan refers to is the way God works with people in Genesis and Exodus. No one is perfect, and some are downright disgusting at times. God calls his people to goodness, and commands it, but doesn’t coerce obedience. The whole story of Genesis is an example. 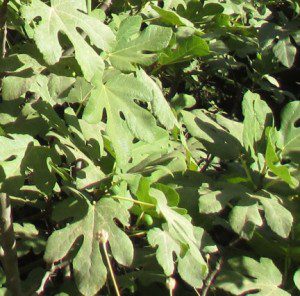 Adam and Eve sin, and now ashamed of their nakedness make a belt of fig leaves to cover themselves. Now fig leaves (shown to the right) are not a particularly effective material for clothing. God supplies a much more practical garment instead.

If there must be clothing, at least it shall be proper clothing. God has essentially accommodated himself to the new reality of shame in the world, and he has become actively involved in finding the best way forward, given all the circumstances. From the perspective of the biblical authors, God remains the God who is “for us,” even in the midst of our wrongdoing and shame. When moral evil enters God’s good creation, he does not abandon his creatures but comes closer, accommodates himself further, and helps them to deal with these new realities. He aids them in finding a way to continue their journey in the fallen world, in which physical nakedness has now become problematic because of evil. (p. 254)

And this is only the beginning. Abraham lies when it seems expedient, Sarah is cruel to Hagar. God would have spared Sodom and Gomorrah for the sake of a few righteous people. Rebekah conspires with Jacob to trick Isaac, Jacob favors Rachel over Leah, Rachel steals her father’s household gods and lies about it, Joseph is insufferable, Reuben slept with his father’s concubine, and Judah, wow. Judah persuaded his brothers to sell Joseph into slavery, and he slept with a prostitute, actually his daughter-in-law. The line to David, the line to Jesus, runs from this union.

Joseph had his ups and downs in Egypt. The Lord blessed him – but he married the daughter of the priest of On. He uses the famine to gather up the wealth of the land for the Pharaoh. After taxing the people in the seven good years to lay away stores he gives them food in exchange for their livestock, and then in exchange for their land. A rather oppressive scheme resulting from the good God intended with the dreams and interpretation.

And then we turn to Exodus. With the Israelites now oppressed in Egypt, God raises up Moses to lead them out. But the tale is one of human failure after failure. The golden calf fashioned by Aaron at the request of the people is the most striking example of this failure, but it is in the company of many others. 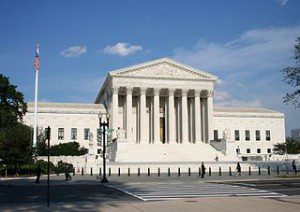 The Law and Society. Provan turns next to a consideration of the place of the Law in the biblical story. (image source) The Law is not designed to build a perfect society.  The laws concerning slaves illustrate the point. Slavery is assumed, and it is not condemned. The laws establish a clear sense of humanity of slaves, but slaves are not equal in their humanity and foreign slaves were property.

How does such a society qualify as “good”? Where is the “good”? It consists in this: that if there are going to be slaves in a society, there should at least be laws regulating their treatment. That such laws were absolutely necessary in ancient Israel is obvious from the many texts that describe people ignoring them. … There was, it seems, no natural predisposition on the part of many ancient Israelites to treat slaves well. It is good, in such a context, that laws were introduced whose aim was to ensure that slaves enjoyed a certain degree of protection from those who wished to exploit them. God himself is described as the source of such legislation and as the ultimate guarantor of its enactment. (p. 265-266)

Importantly, virtue is clearly defined in this passage in terms that exceed what is required in the law. The law forbids adultery (Exodus 20:14), but Job claims not only to have avoided adultery but also to have refrained from looking lustfully at a girl (Job 31:1). Not only has he refrained from stealing (Exodus 20:15) but he has also not “denied the desires of the poor or let the eyes of the widow grow weary” (31:16), nor has he kept bread to himself rather than sharing it with orphans (31:17). Most importantly for our present purposes, Job has not denied justice to his slaves whenever they have brought a “complaint” against him (31:13). This is to move far beyond the terms of the master-slave relationship that are laid down in the law; it is to treat the slave as a neighbor. Indeed, the basis for Job’s approach is explicitly the common humanity of both the master and the slave (Job 31:15). Both are fashioned by God in the womb; in the language of Genesis 1, both are created in the image of God. (p. 266)

The law isn’t an imposition of a perfect society on the people of Israel. It contains concessions to the evils it seeks to restrain. According to Provan the Old Testament “does not promote slavery; it simply recognizes that slavery exists. While it exists, biblical law seeks to regulate it in a way that is appropriate to the historical and cultural circumstances at hand, measuring what is realistically possible in those circumstances.” (p. 267)

The laws concerning women are another example, including the laws regulating divorce. The Law permits divorce, Jesus said, “because your hearts were hard. But it was not this way from the beginning.” (Mt 19:7) But we don’t have to go to the New Testament to learn that divorce is not the biblical moral vision. “Malachi puts the matter bluntly, when he records God himself as saying, “I hate divorce” (2:16). Divorce is, nevertheless, permitted in biblical law; a legal framework is created in which marital breakdown can be negotiated.” (p. 271)

The Law isn’t about creating a perfect society, the kingdom of God on earth. The biblical laws create order out of chaos, they set the stage for a level of stability and justice. The ritual laws are not about moral right and wrong but about “orienting the chosen people toward God in obedience.” Many of these laws seem rather obscure and pointless to us today – but they probably served to turn the Israelites, in their ancient Near Eastern Culture where such rituals were common, toward the Lord their God.

God, the Good, and the Ideal.  Here is Provan’s main point in this chapter.

In summation, it is not the purpose of law in the Old Testament only to promote the biblical moral vision. The society that is built around the law is certainly called to pursue the moral vision. The fundamental commands to love God and neighbor are themselves embedded in the law, and these commands are worked out in all sorts of practical and detailed ways in the same law. In torah, however, what is ideal is always balanced with what is already “there”—in human beings and in human society—and the ideal is often accommodated to the reality. God, in biblical thinking, accommodates himself to ongoing reality, so that human society itself can continue. To put this in a different way: in biblical thinking, even God does not attempt to legislate the kingdom of God into being. It follows, then, that human beings, who are constantly exhorted in the biblical tradition to “be like God,” should likewise not attempt to do so. (p. 272)

God calls people to worship him, to treat their neighbors well, to be his image in creation. But the laws governing society are pragmatic rather than idealistic in many instances. They deal with the down and dirty culture of the time.  Even the institution of a king in Israel is an accommodation to the culture.

And what does this mean for us? According to Provan:

Like God, biblical faith looks for a society that promotes righteousness in the world as much as is realistically possible, while at the same time restraining and minimizing evil as much as it can—and even redeeming evil, where it can, and turning it toward the good. It is this “middled” society that I should be helping to build, as I participate (with God) in nudging contemporary society ever more closely toward the good. (p. 278)

God is a gradualist. We have thousands of years of history and a multitude of stories, from Abraham to Moses, the judges, the kings, the prophets, the exile. I’d add the New Testament and the history of the church. If God is a gradualist we should be as well, following the biblical moral vision but calling others to it, not attempting to impose it upon them.  By the way – this doesn’t mean that all laws establishing justice are bad and libertarian freedom the aim. The biblical laws do set limits on personal liberties versus responsibilities. They do create order where there would otherwise be chaos and seek to establish a level of justice for all. Rather it means having a pragmatic realism and trusting God for the future.

But we are called to live lives of love toward God and toward others.

We often think of heroes in the bible, but heroes are few and far between, and almost all (all?) have serious failings at times. What does this tell us about the nature of God and his ways?

What do you think of Provan’s sketch of the purpose of the law?

February 5, 2015 Krish Kandiah to Stephen Fry's Rant about God
Recent Comments
10 Comments | Leave a Comment
Browse Our Archives
get the latest from
Evangelical
Sign up for our newsletter
POPULAR AT PATHEOS Evangelical
1