Source, Christian Today, where you can read the whole of Krish’s response:

2. You might be closer to Christian faith than you realise.

Why does Fry, and indeed most human beings, feel a sense of outrage at the suffering and injustice in the world? In Mere Christianity CS Lewis describes his own conversion from atheism to Christianity and it bears some uncanny similarities with Fry’s outburst.

“My argument against God was that the universe seemed so cruel and unjust. But how had I got this idea of just and unjust? A man does not call a line crooked unless he has some idea of a straight line. What was I com­paring this universe with when I called it unjust? If the whole show was bad and senseless from A to Z, so to speak, why did I, who was supposed to be part of the show, find myself in such violent reaction against it? A man feels wet when he falls into water, because man is not a water animal: A fish would not feel wet. Of course I could have given up my idea of justice by saying it was nothing but a private idea of my own. But if I did that, then my argument against God collapsed too—for the argument depended on saying that the world was really unjust, not simply that it did not happen to please my private fancies. Thus in the very act of trying to prove that God did not exist—in other words, that the whole of reality was senseless—I found I was forced to assume that one part of reality—namely my idea of justice—was full of sense. Consequently atheism turns out to be too simple.”

As we see, Lewis eventually concluded that outrage at the suffering in our world is better understood within the intellectual framework of Christianity rather than atheism. The early line of argument, so eloquently put by Lewis, is so close to Fry’s current position I wonder whether Fry might follow suit. 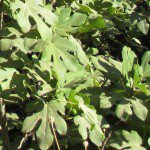 February 5, 2015 What Catholics Believe about Salvation
Recent Comments
7 Comments | Leave a Comment
Browse Our Archives
get the latest from
Evangelical
Sign up for our newsletter
POPULAR AT PATHEOS Evangelical
1