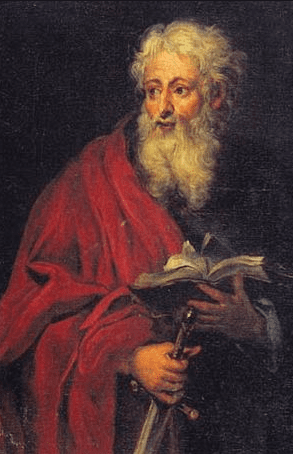 I am hard at work on the apostle Paul these days, writing an extensive commentary on Colossians (NICNT), and part of that work means sorting out some of the discussion about Paul. Which means JDG Dunn, NT Wright, D Campbell, B Gaventa, M Gorman, and Stephen Westerholm — and others. Recently I posted how Douglas Campbell sees the “old” perspective, or the Lutheran Paul, or the Paul of what he calls Justification Theory (I repost that analysis at the end of this post) — which he thinks was actually the view not of Paul but those whom he calls “The Teachers.”

Is this your view of Paul? Where do you differ? Why?

Thesis 1: Human nature, created good, has been so corrupted by sin that human beings are incapable of God-pleasing action. They are rightly subject to God’s condemnation.

Thesis 2: Human beings must be justified by divine grace, responded to in faith, and not by any works of their own.

Thesis 3: Justification by grace through faith leaves human beings with nothing of which they may boast in God’s presence. The (false) notion that human beings can contribute to their justification opens the door to a presumption that ill suits creatures in the presence of their Creator.

Thesis 4: Those justified by faith apart from works must nonetheless do good works as believers.

Thesis 5: The Mosaic law was given, in part, to awaken in human beings an awareness of their need of divine grace. Believers are delivered from its condemnation and need not observe its ceremonial prescriptions. The gift of God’s Spirit enables them (in some measure) to fulfill its moral demands.

Thesis 6: Whether sin remains a reality in the lives of justified believers is an issue that “Lutherans” cannot but confront, though they disagree in their assessment of it.

Thesis 7: Whether the divine grace to which salvation is to be attributed must be deemed the irresistible source of the believer’s faith is an issue that “Lutherans” cannot but confront, though they disagree in their assessment of it.

Now back to Douglas Campbell, leaving us with a big question:

Which of these two views is most accurate when it comes to the “old” perspective? (Lutheran, Reformed) Is this view of Campbell’s the same as Westerholm’s own sketch?

The first phase: the rigorous contract

1 a.     God is omnipotent (and presumably also omnipresent and omniscient).

1e.       God’s moral demands in terms of righteousness are revealed to Jews through written legislation (1c and d).

1g.        Salvation will be apportioned by God (so 1a) in relation to the individual’s fulfillment of His revealed moral demands (so 1c—f), i.e. through righteous behavior, which constitutes righteousness, and hence on the basis of desert. ‘If you do X, then you will be rewarded; if not, then you will be punished.’ Note that this salvation can be experienced in this life in terms of blessing, prosperity, etc.

2d.      Humans must attempt to behave righteously (1g), and can do so because they know the content of righteousness (1d-f), which ultimately stems from God’s just moral nature (1c).

3a.        Any injustices in relation to desert within life on earth will be rectified by a final judgment at the end of the present age.

3b.       Those dead will be resurrected in order to take part in this through 1a.

3e.       God will determine on this ‘day’ (through 1a) which state each individual will enter on the basis of desert (3a, 3b, 2d, and 1g). The righteous will enjoy the positive state (3c), and the unrighteous the negative state (3d).

4a.       Humans are inherently sinful; that is, everyone violates God’s moral demands (and probably often, in which case see also the supplementary argumentative ‘loop’ immediately following).

4b.       Honest self-reflection notes the consistent production of immoral deeds, that is, the truth of 4a.

4c.       Such self-reflection concludes, in an accurate anticipation, that God’s final judgment will be negative (see 3e and 3d).

The loop of despair (correct)

The loop of foolishness (incorrect)

1a”.      Resistant individuals perceive and claim themselves to be righteous.

1f”.      If they boast of their righteousness to others, they are liars and fakes.

1g”.     If they upbraid others, and exhort others to imitate them, they are hypocritical and judgmental.

1h ‘’.    If they continue this calculus and its behavior, they are irrational and obstinate, courting hell.

1i’’.      If they invoke the names of God and religion they are religious charlatans.

2’’.       The correct conclusion (obvious to the outsider): they doubly deserve the negative judgment awaiting them under 3d (via 3b and 3e) above

The second phase: the generous contract

The satisfaction of God’s justice

5a.       God redirects, generously, the punishment that people deserve to Christ [who dies).

5b.       Christ, being sinless and divine, can offer limitless satisfaction through dying.)

5c.       God redirects, generously, the perfect righteousness of Christ to sinners as well, who are now viewed as if it were theirs.

The appropriation of salvation

6a.       God, again generously, stipulates a manageable criterion (in view of 4a) for accessing or appropriating these redirections, namely, ‘faith’

6b.       People having ‘faith’, and thereby accessing 5a (and perhaps 5c, if that is thought necessary), thereby technically fulfill the criteria of requisite punishment and perfect righteousness, and will receive a positive evaluation (via 1g) on the day of judgment (3a, b, and e), proceeding to the state of ‘heaven’ or blessed eternal life (3c). 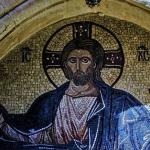 April 6, 2015 I Don't Have to be a Conservative or ... (by Allan Bevere)
Recent Comments
12 Comments | Leave a Comment
Browse Our Archives
get the latest from
Evangelical
Sign up for our newsletter
POPULAR AT PATHEOS Evangelical
1