Willard and a Gentle Apologetics

Today I want to conclude this brief series on Dallas Willard’s view of apologetics in his new book, The Allure of Gentleness. And this means some random topics at work in this fine new book.

First, the disconnect between some who believe in Jesus but not God.

Many Christians, in their heart of hearts, also believe that their faith is just another superstition. They really do. That is why I often say that I know many people who believe in Jesus, but don’t believe in God (12).

I define knowledge as being able to deal with things as they are on an appropriate basis of thought and experience (13).

The traditional view of truth has always been that truth, knowledge, and reality are not matters of what you or your group think; the task of truth is to come to correct terms with what is actually there, regardless of how you or others may view it. The earth is round, you have to have gas in your tank to make your car run and money in your account to buy things, you are degraded by doing what is morally wrong, you will face judgment after death and an eternal destiny of a certain nature, regardless of what you may or may not think about such th ings (18-19).

We need to emphasize that point strongly, because the great problem facing the gospel of Jesus Christ is not the doubt that is outside the church; it is the doubt that is inside the church. We need to be able to deal with doubt lovingly, helpfully, and especially without ever scolding or shaming anyone for doubting. We must allow people to be who they are and then be able to meet them where they are (25).

Fourth, we need to be better thinkers:

Fifth, the aim is not to be Right:

That’s why so many churches have “Grace” in their name. Not many people want to go to “Right Church,” but we’ll gladly go to “Grace Church.” I’ve been to Right Church you may have been there too—it’s a tough place. There are a lot of dead people at Right Church, because life comes by grace (47).

Sixth, a brief response to the question of why God is not more obvious:

If you’re going to do apologetics in a way that is helpful for yourself and others, you’re going to have to explain why God is not more obvious than he is. One of the reasons I often give to people is that if God showed up in his full glory, we could all just kiss our free will good-bye (65).

God did not create hell because he’s mad, he wants to see people suffer, and he enjoys torturing them for eternity. The only reason there is a hell is because God makes provision for what people want, and hell is simply the best God can do for some people (69-70).

We need to spend some time thinking about the Jews as a people. There are no people on earth like the Jews. They owe their existence for millennia up to the present to God alone and to the truth that God gave to them in their history and in their laws, which have been incorporated into a book. The highest iteration of God that has ever been given to humanity is in the Old Testament. And the New Testament, once you understand the Old, is simply a natural consequence (99).

Finally, the ultimate apologetic is a person filled with Christlike character:

The ultimate apologetic is the life of the individual who is living out of the resources of the kingdom of God (143).

Which includes an interactive relationship of talking to and listening to God.

Many kinds of objections have been raised about the idea of God speaking to us. For example, many people feel that this is a threat to the authority of the scriptures. No, it is a threat to the authority of the scriptures to teach and to act as if God does not speak to individuals, because it is the clear teaching of the scriptures that he does speak. Read John 14. Read the book of Acts. You will see that he does. Scripture stands as an objective historical measurement of what God will say. It’s important to remember that no communication that God ever gives to anyone will ever conflict with scripture, but he also needs to say a lot of things to you that aren’t in scripture (152). 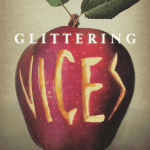 May 29, 2015 So Let's Talk a Minute or Two about Sloth
Recent Comments
20 Comments | Leave a Comment
"I am just amazed at the hedging against “male leadership” in marriage, and the church. ..."
Tom Harmon Elisabeth Elliot and Me (by Ruth ..."
"Christians are attacked for following a man who may not be a Christian or be ..."
Kelly Church Attendance is Down, But Why?
"I don't know where you are from,but in THIS country, WE are the 'government', and ..."
Christiane Smith Is Religious Freedom an Issue Today ..."
"A 'dominionist' religion would be something to endure and try to survive, but without the ..."
Christiane Smith Is Religious Freedom an Issue Today ..."
Browse Our Archives
Follow Us!