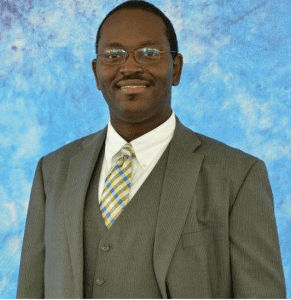 Reverend Clementa Pinckney, a South Carolina state senator and the pastor of the Emanuel A.M.E. Church in Charleston, South Carolina, was fatally shot in a mass shooting at the church Wednesday night that left nine dead, NBC News reports.…

Pinckney, 41, and several others were shot at the historic black church by a white gunman. The shooting happened during a prayer meeting.

Pinckney has been in South Carolina’s legislature since 1996, when he was elected as a state representative at the age of 23, according to his biography on the church’s website. He was the youngest African American ever elected to the legislature.

He was then elected to the State Senate in 2000.

A Beaufort, South Carolina, native, Pinckney graduated from Allen University in 1995, was a Princeton University Research Fellow in 1994, earned his Master’s of Public Administration from the University of South Carolina in 1999 and studied at the Lutheran Theological Southern Seminary, according to his state senate website.

“It is a devastating loss and that’s putting it mildly,” said Reverend Joseph Darby, the presiding elder at Beaufort AME Church, in an interview on MSNBC. “He was an advocate for the people, he was a very caring and competent pastor, and he was a very brave man. Brave men sometimes die difficult deaths. He would’ve wanted to go out serving the people, it’s unfortunate that he’s gone.”