A New Metric (by Jonathan Storment) 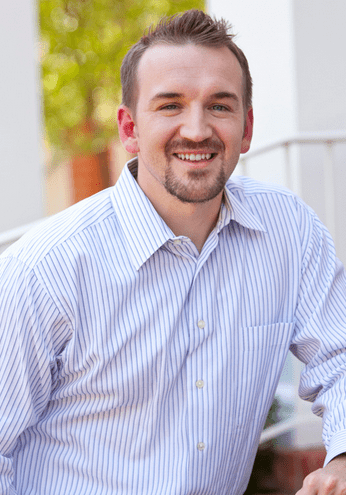 A New Metric, by Jonathan Storment

For the past 12 years, I have worked only at large churches.  This is neither a bragging statement nor a dismissive one.  Frankly, they are the only churches that would hire me.  And they are great churches.  They care about the right things, and they want to serve God and make the world a better place.

For the longest time, I have heard that we must stop measuring the ABC’s of church (Attendance, Buildings, and Contribution), but I have never really heard many alternatives to what we should be measuring instead.  Every now and then, people like a Leonard Sweet will suggest that we need to measure the amount of cigarette butts in the parking lots, (an idea I like) but for the most part we deconstruct what we measure without any healthy alternative.  But any human community wants to have some way of measuring health, and the ABC’s aren’t bad measurements, they are just woefully incomplete ones.

And that is why I like Scot’s book A Fellowship of Differents so much.  He starts off by giving us a new way of thinking about measuring a church.

The Success of a church is first determined by how many invisible people become visible to those not like them.

Great, another abstract lofty idea from some ivory tower telling me not to count people in the seats, right? Nope.  Here’s how Scot sets this idea up:

To get some concrete ideas in our heads right away, we need to see that these early Christians did not meet in churches and sit apart from one another in pews and then when the music ended get in their cars and go home… those early churches were small and were much closer to our home Bible studies than most of our worship services…a recent very careful study by a British scholar concluded that if the apostle Paul’s house churches were composed of about 30 people, a maximal estimate, this would have been their approximate make-up:

Add to this mix some Jewish folks and a perhaps an enslaved prostitute and we see how many “different tastes” were in a typical house church in Rome:  men and women, citizens and freed slaves and slaves (who had no legal rights), Jews and Gentiles, people from all moral walks of life, and perhaps most notably, people from elite classes all the way down the social scale to homeless people. Do you think these folks agreed on everything?…Was it hard? Yes. That’s the whole point of what it means to be a church.

I agree wholeheartedly, to be a good church is to come to a community with different people, who don’t agree on everything, but who fellowship around Jesus anyway.  And the only thing harder than doing this, is what happens, over time, when we don’t.

Maybe you saw this article last year about how people who disagreed with each other about the tragedy at Ferguson just avoided each other on Twitter.  If you didn’t see the story, chances are you already saw it happening in real life, maybe even in how people attended church.

We have carved up the world in such specific ghettos, we have categorized and sub-categorized ourselves so much that we have lost the ability to have meaningful, kind, arguments with one another about what is good, right and true.  And what is worse, we have lost the ability to worship Jesus together.  Unlike the Churches and Christians who have gone before us, we no longer have to be around people who aren’t like us.  Here is Scot again:

If we are going to be like Jesus, the Jesus who spent His ministry around people who drove him crazy, people who didn’t agree with each other on anything but followed Him together anyway, we are going to have to re-learn the ancient Christian art of being a fellowship of differents.

And this probably won’t be a thing that happens primarily in our churches’ programming (but pastors should try to make their programming diverse), it won’t be something that can just be solved by singing a song in Spanish occasionally (but that’s a great idea too!).  It will happen on the local, nuclear building blocks of a church level – in our small groups and Bible classes and discipleship times.  It happens when the leader who is calling a new group together looks over their list of people and asks who is invisible in this church?  Are the people I am inviting to this, ones who all look alike?

It happens when one of those homogenous groups or classes decides to do a service project with another; when a group of senior saints decides to stock the pantry with the student ministry, or when the Hispanic ministry and the men’s ministry decide to do a Habitat house together.

Our world is broken and divided, but the church, the soul of the world, can help.

We just need to start measuring ourselves differently.

July 8, 2015
They Dared to Forgive (Donald Nwankwo)
Next Post