They Dared to Forgive (Donald Nwankwo) 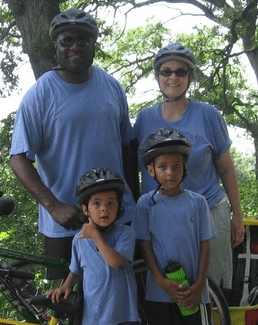 News about the response of relatives of some of the slain members of Emanuel AME Church in Charleston, S.C. was so strong it stood on its own legs as a news item, side by side the massacre at a weekday prayer meeting. At the bond hearing, some of the victims’ family members pronounced their offer of forgiveness to the alleged killer, Dylann Roof. Reactions to this pronouncement have been mixed – welcomed by some, unwelcome by others, all over the media. In the past few days, I have pondered the issues, and below are some of my thoughts.

Why such forgiveness could be discomforting to some:

It is normally helpful to hear all sides with the best possible benefit of the argument. Some of the negative reactions were more constructive than others. In this section, I will simply attempt to garner what I think to be the main idea behind the reactions of those who showed disfavor with the pronouncement of forgiveness.

Possible misunderstandings about such acts of forgiveness:

It is tricky to strap down forgiveness as a manifestation of any specific stage of grief. First, the stages of grief do not necessarily refer to our actions as much as to what is happening internally that might help explain those active responses or tendencies. They are tools to help us understand our shifting attitudes as we grieve over time. This is why for different people, the same stage could play out differently externally. Forgiveness, therefore, does not solely have to be a product of the final stage called ‘acceptance’. In any case, acceptance as a stage does not necessarily mean you have become okay with what happened, it simply means you have come to terms with the reality and implications of it. The point is, forgiveness can come at that stage, but nothing prevents it from playing out at any stage (except perhaps, denial). If anything, its timing could be indicative of a person’s in-depth shaping and formation, playing out in character.

In fact, speaking of grief and the stages of it, in certain cases forgiveness could be a good way to lift a heavy burden off our shoulders which then allows us to grieve in a healthier manner – again, depending on situations.

The ongoing challenge of forgiveness and the nature of Christian discipleship:

Anyone who has submitted to biblical discipleship understands how some tough aspects of spiritual formation happen. Sometimes we make the right choices because we have already been shaped to do so. But other times we commit to what we know to be the right thing, in spite of our current conflicting inclinations. And that commitment acts as a jump-start to live into it. It is like committing to a tough choice in spite of your weakness, but one you know to be right, and doing so in lieu of what you know or the person you desire to be in that context. This latter scenario is what I might call – advance commitment. That choice, even when our desires prompt us differently, is made in some sort of advance and borne on the wings of hope.

The challenge therefore is with time as it passes, and with the moments of weakness that are sure to come afterwards. These people remain broken. The grief continues. In fact, it should. The church entrance will still bring back fearful memories. Their minds will still play games on them as they gather each weekday and stay out some 90 minutes of prayer time with each other, before that altar. They will go home each night to miss their loved ones. It will be a tough road going forward. These make forgiveness difficult as an ongoing journey. But they committed to forgiveness when they publicly proclaimed it, and that advance-commitment will play a role in their hearts when they battle the bitterness that will come back now and then. Some lonely night will still come when all this media and social upheaval settles down. And sometimes they might wonder, themselves, if they really should have forgiven. The tears and fears are not over yet, but they dared to forgive.