Which Character are You? 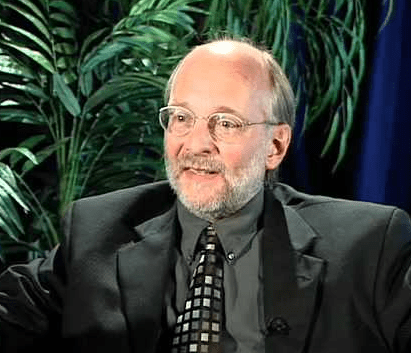 We Protestants teach everyone this: You must read the Bible for yourself. Of course, we don’t want those “you”s to get too clever and start saying things that aren’t there, but there is a lot in this teaching we hold so dear. And that is why everyone who reads and teaches the Bible needs to read Mark Allan Powell’s What Do They Hear? I think this book is solid gold.

Why? Because Mark seriously asks what it is like for preachers to address an audience and know (1) that what they “hear” is not always what the preacher “said” and (2) that what Christians “read” is shaped by their “social location.” This book is HermeneuticsLite in the best and every sense of the word. Wait until you see what Mark has discovered because it reveals plenty about you and me.

Before we get too far, let me ask you this: When you have read the Parable of the Prodigal Son did you hear the part about the famine? Does it matter to how you read the Parable? Is the younger son “wicked” or “foolish”? Was he personally saved or was he drawn back to his family? How do you hear the gospel? It is not that one must make a choice between these options — it is only that we do.

What can each of us do to expand our “seeings” and our “hearings” and our “readings” of the Bible? No one should deny us the right to hear what we hear; no one should claim that hearing to be the only hearing until one has listened to all the hearings. (I’m not going pluralist here, either; I’m not suggesting “your reading is as good as my reading because mine is mine and yours is yours.”) I’m suggesting that we need to realize we have readings, that our readings are shaped by our social location, and that is desirable to hear the readings of other social locations. And, what can we do to get more readings? To hear how others are hearing?

He tells the story of his mom saying she liked one of Marks’ songs when he was in high school, listening to Creedence Clearwater Revival. Mark is an expert on music (and I’ve heard of this group but not listened to them that I know of). She heard “There’s a bathroom on the right!” when they were singing “There’s a bad moon on the rise.” The focus of the 1st chp is on this very thing: People hear things we don’t intend because they absorb what we say into their social location. And, he admits, “We want to be taken out of context — but only when that is a good thing.”

Eastern commentaries on the parable focus on the son’s being enamored with luxury and splendor, that the boy wasted his money living luxuriously, that he pursued a life of entertainment and amusement, and that he was trouble-free. Western commentaries say he wasted his money on sexual misconduct, he went the whole route in sinful indulgence, he wasted his money on wine,women and song, and he went abroad to live a sinful life. Westerners see the point in reform; Russians see it in recovery. Americans see moral waste; Russians see opulence.
His Tanzanian students saw a major issue in the lack of help that the foreigners gave (the help they did not give) to the “immigrant” and they saw the father’s house as the kingdom where the young man was taken care of. The parable contrasts the far country and the father’s house; it contrasts a kingdom with a non-kingdom society.

Mark Powell’s book assumes a significant distinction between clergy and laity and, if you are in a reasonably traditional church, the assumption is a good one. Most importantly, Mark asks this question: How do clergy read a text when compared to how laity read the same text? The answer boggles.

Here’s the text. You read it. Then we’ll have a conversation.

1 The Pharisees and some of the teachers of the law who had come from Jerusalem gathered around Jesus and 2 saw some of his disciples eating food with hands that were “unclean,” thais, unwashed. 3 (The Pharisees and all the Jews do not eat unless they give their hands a ceremonial washing, holding to the tradition of the elders. 4 When they come from the marketplace they do not eat unless they wash. And they observe many other traditions, such as the washing of cups, pitchers and kettles.*) 5 So the Pharisees and teachers of the law asked Jesus, “Why don’t your disciples live according to the tradition of the elders instead of eating their food with ‘unclean’ hands?” 6 He replied, “Isaiah was right when he prophesied about you hypocrites; as it is written: “ ‘These people honor me with their lips, but their hearts are far from me.7 They worship me in vain;their teachings are but rules taught by men.’ 8 You have let go of the commands of God and are holding on to the traditions of men.”

Question: When you read this text, with which character did you empathize? With Jesus? With the disciples? With the Pharisees? With “other”?

Here’s the result of Mark’s own study; get ready to be shocked. 50 clergy; 50 laity.

1. Cast the Scriptures: “cast” means as in a play. Preachers can play the roles of each character in their own reading of the Scriptures and notice the differences.
2. In preaching you might choose to identify with one character or another.
3. Allow for multiple responses to the text.

What is your response to this? I’ll be honest: I’m disappointed preachers don’t identify with being a disciple more; I’m concerned laity don’t empathize with the character of Jesus. What I’m shocked by is the absolute difference.

Mark Allan Powell’s book, What Do They Hear?, opens up for pastors and laity the differences between how they read the Bible and what they hear when they read it — especially when they are not together. Chp 4 concerns “meaning” and “effect.” This chp presents a very important difference in reading the Bible between clergy and laity.

He had readers look at Luke 3:3-17, Luke’s description of John Baptist’s ministry and message. He asked clergy and laity to answer this question: “what does this story mean?” Here are some conclusions:

I found this interesting, and I find it interesting because (1) I teach students and laity how to read the Bible and (2) I’ve struggled with the transition of trying to get students and laity to learn how to “objectify” the text so they are speaking about “Luke’s intention.” Now the question arises — sure, that is a struggle. Is that the necessary struggle in order to acquire the skill of learning to read the Bible? Are we sufficiently aware of how “untrained readers of the Bible” read the Bible? Do we too easily skip over the reader response stuff to get to the history, to the analogous, to the original intent?

October 15, 2015 Spectators or Participants? (RJS)
Recent Comments
4 Comments | Leave a Comment
"Hi Dr. McKnight and others,I wish to make a couple observations concerning what is the ..."
David Russell The Gospel of With Us and ..."
"I am just amazed at the hedging against “male leadership” in marriage, and the church. ..."
Tom Harmon Elisabeth Elliot and Me (by Ruth ..."
"Christians are attacked for following a man who may not be a Christian or be ..."
Kelly Church Attendance is Down, But Why?
"I don't know where you are from,but in THIS country, WE are the 'government', and ..."
Christiane Smith Is Religious Freedom an Issue Today ..."
Browse Our Archives
Follow Us!

Christians, COVID-19, and the Dangerous Idol...
The Chorus In The Chaos
Related posts from Jesus Creed