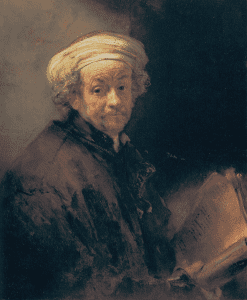 The major debate about the apostle Paul shifted in the 21st Century from a debate between the “old” and the “new” perspective of Paul to the new perspective vs. the apocalyptic Paul. In saying that, the tussle ends up being between NT Wright (a version of the NPP) and Lou Martyn and his followers (e.g., de Boer, Gaventa, Campbell). It is not that J.D.G. Dunn’s work has fallen to the side, for it hasn’t — though he is no longer as active in Pauline studies as he once was (as his 3d volume in Beginnings of Christianity is about to appear).

The debate, I say, is between new vs. apocalyptic, and this explains why in NT Wright’s Paul and His Recent Interpreters there is a vigorous interaction with the apocalyptic school. The section — Part 2 of the book — is almost 100 pages. The following provides some of the emphases of Wright’s interaction and criticisms.

First, the lineup of scholars: Ernst Käsemann, J.C. Beker,  J. Louis Martyn, Martin de Boer, and Douglas Campbell — with a glance or two at Bev Gaventa. There is a trajectory and some very interesting differences (and tensions) between these scholars.

Second, the term “apocalyptic” becomes in the apocalyptic Paul (AP) a worldview and a theology rather than an a careful analysis of what apocalyptic means, of what books count as apocalypses, and a careful of Paul and how he fits or does not fit that more refined analysis of apocalyptic. What is called apocalyptic often enough has little to do with Jewish apocalypses. The only scholar in this group who has independently looked at apocalyptic is de Boer and his view, Wright contends, collapses in on itself (forensic vs. cosmic apocalyptic) yet has been used in reified ways by Martyn and Campbell. Käsemann did not examine Jewish apocalyptic, and we know so much more today about it than in his day.

As a worldview, it has become a desired item among the AP, but notice this irony: “… it might appear that the ‘Jesus Seminar’ disliked fundamentalism, and so avoided ‘apocalyptic’, whereas Martyn and others also dislike fundamentalism, and so have embraced ‘apocalyptic'” (142-143). This clever simplification, which carries some important truth, illustrates that apocalyptic for the AP is a worldview and a theology that carries itself into the 1st Century from the modern world and in so doing at times imposes a modern discussion on the ancient world. Precisely what Sanders warned about in reading a Lutheran Paul into 1st Century Judaism/Paul. So Wright: “… the impression is that Martyn’s ‘Teachers’ [and Campbell’s too] are simply a construct of the bits and pieces of Paul’s writings that he, Martyn, does not want to see in his own would-be ‘Pauline’ theology” (143). One wonders if the cover to the SPCK edition in England is not aimed at the AP school. (It is Rembrandt painting a self-portrait as the apostle Paul.)

Third, Käsemann: the focus is divine victory over superhuman evil through the death/resurrection of Christ and the new age that Christ event ushers in with justice, freedom and peace for all of creation. Hence, the AP becomes more cosmic. This in the face of Bultmannian existentialism and individualism, which in some ways (as Wright said earlier) leads too handily to the Holocaust. Wright thinks in the end Käsemann’s apocalyptic simply replaced Bultmann’s Gnosticism but the essential Lutheran theology carried the day. The Jew for Käsemann remains the homo religiosus, the human being condemned before God for religion and thus good works.

Fourth, J.C. Beker. Famous for his coherency (the apocalyptic gospel of Paul) and contingency (the concrete expressions of that coherency in individual letters of Paul). Again, apocalyptic means “the divine triumph over the powers of evil and death that have usurped control over God’s good creation” (151). Unlike many, Beker thinks justification and participation in Christ are inseparable. (Campbell radically separates them, as did Schweitzer and Sanders but less so.)

He turns to the Union School: Martyn, de Boer and Campbell (with Gaventa).

Fifth, Martin de Boer. Religion is overthrown by the gospel of grace. At work in de Boer, whose dissertation was used extensively by his teacher Lou Martyn, is apocalyptic as two ages (which Wright proves is not at all demarcating for finding apocalyptic thinking; all forms of Judaism believed in the two ages, including the rabbis and they were anti-apocalyptic). But de Boer breaks down apocalyptic into two kinds: forensic (4 Ezra, 2 Baruch) and cosmological (1 Enoch) apocalyptic eschatologies. Wright says his cosmic/cosmological are slippery terms; he ignores Israel in the story of the apocalyptic literature; no other apocalyptic scholar sees these two branches of apocalyptic; the two tracks of apocalyptic are often enough not separable but together in Jewish literature.

Sixth, J. Louis Martyn. Apocalyptic for him, too, is an event in time — God’s invasion to overthrow evil and bring new creation and grace. Martyn reifies de Boer’s two kinds of apocalyptic (this will lead to Campbell’s Justification Theory vs. Apocalyptic Gospel in Rom 1-4 vs. 5-8). The Galatian Teachers, found in Paul’s Galatians, are forensic while Paul is cosmological, so forensic categories in Galatians are deposits of the Teachers, not Paul.  Hence, for Martyn the two strands become religion vs. revelation. (Barthian neo-orthodoxy is found in Paul.) In the end, much of the AP is not that much different from the old perspective. Sanders is barely acknowledged — Wright doesn’t say this but Sanders was a Union student under Davies.  Wright thinks in Martyn we get a more sophisticated version of Lutheran readings of Paul. [I sensed this in my reading esp of Campbell.] And a return to pre-Sanders.

Seventh, Douglas Campbell. Campbell’s big ideas — he’s on page with with the same drift of meaning for apocalyptic (it’s a worldview, a theology). Most importantly for Campbell: essentially Romans 1-4 is not Paul’s theology but largely Pauline takedowns of the Teacher (who is about to show up in Rome) who adheres to a contractual theology of justification (contractual, foundationalist, rationalistic, and a different God) while Paul’s gospel is found in Romans 5-8, which affirms a covenant theology, a grace theology, a different God of grace, but esp an apocalyptic theology. (For Campbell’s own outline, see here. Hence, I’m unsure why Wright says Campbell never justifies his apocalyptic gospel.) Wright puts to the test the viability of Campbell’s own theory of “speech in person” for Rom 1-4, which Wright says Campbell has now shifted considerably, and Wright contends Campbell’s omitted sufficient attention to the presence of justification in Romans 5-8. The theology behind Campbell, under the theme of apocalyptic, is that of JB Torrance’s rather brief article on contract vs. covenant in Calvinist theology a few centuries back. Wright then offers a different reading of Romans 1-8, which updates his commentary on Romans.

All we are left with then is a theological appeal to a scheme which focuses on the imminent parousia (Käsemann), the victory of the cross (Beker), the two ‘ages’ and the two ‘tracks’ of ‘apocalyptic’ (de Boer), the three cosmic ‘agents’ (God, humans, the powers) (Martyn), the distinction between ‘sins’ and ‘Sin’ (Gaventa), or the importance of divine sovereignty over against human initiative (Campbell) (216).

In a footnote on the following page Wright asks “Does ‘apocalyptic,’ after all, now simply mean ‘Augustinian’?” Indeed, I have wondered that myself.

Is then, we ask, the debate between the new and the old redivivus in a new costume? Has the old been cosmologized and de-individualized and the God of grace replaced the old God? Is it not an irony to now ask Is it not the old God who alone can sit in judgment on evil?

November 16, 2015
Stephen Covey and the Pastor (by Jeff Wigley)
Next Post