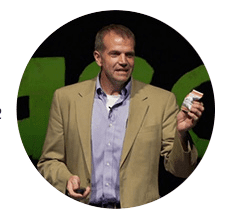 Mark Moore is author of Nourish, A God Who Loves to Feed Us. He is founder of MANA Nutrition and co-founder of Calorie Cloud, a revolutionary way to collect and donate extra energy in the USA and feed hungry kids.

This blog post is not for everyone.  Only 54 million of us.  Actually its 54,928,004 of us. I got that number by taking the latest US population numbers (321,216,397), dividing them by the percentage of Americans who admit to making New Years resolutions (45%) and then taking the percentage of those resolutions that will be to eat better, exercise and lose weight (37%).

Wow!  That’s a lot of people and a lot of promises.  More people than the population of Australia, Chile and the Netherlands…COMBINED. In fact, only 24 counties in the world have more people than that.  So think about it:  at some point on New Years Eve, 54.9 million Americans will sit down and resolve to have a better relationship with food.

This time for sure!  I swear!  I’m tired of being fat!

A lot of people.  A lot of (broken) promises.  Largely broken promises to ourselves.

Ariely, whose TED Talks are well worth your time over the holidays by the way, is an expert at looking at how and why people behave the way they do, and at conducting experiments to develop empirical data on the subject.  One of his books is, The Honest Truth about Dishonesty, How We Lie to Everyone- Especially Ourselves, may be helpful to the 54 million of us looking to make a change this January 1st.

In his book, and in various TED Talks, Ariely talks about ‘ego depletion’.  Ego depletion is the effect of moral decisions on our ability to make future moral decisions.  Each and every one of us encounters multiple conflicts during the day where our higher moral selves must control our lower impulsive selves.  We all have a certain energy level for making those decisions.  Ariely describes it as a type of muscle.  Every time we make one of these decisions, we fatigue the muscle and make future decisions more difficult.  You may note that we didn’t really need a behavioral economist from Duke to point this out.  Our parents called this will power and we all know we lack it when we need it most.

No where is this more true than in our continual daily decisions around “good” and “bad” foods. We make a few good decisions, but by days end, weeks end, months end, each little decision has fatigued us to the point that we start making bad ones. Turns out the apostle Paul was right, and not alone when he said, “I don’t do what I want to do, and I do what I do not want to do…oh wretched man that I am!”

Good News:  So if you promise this New year to start making the right decisions around food and then don’t do it, don’t worry about it.  You are normal. Whew.  You are just like Paul, just like the other 50 million or so Americans who will decide to do something and then go right out and do the opposite.  Bad News:  re-read the above sentences following Good News.

So here you are in this very odd position this New Year’s Eve.  You know you need a change.  Your cardiologist says you need a change.  The people in your culture who discern what is and what is not attractive who see you at the beach in a bathing suit would tell you (had they the courage) that you need a change, your life coach, your wife, those too-tight jeans in your closet, your common sense… all are telling you that you need to do this for YOU.  But you won’t do it for you.  Those are the facts.

In the midst of all the lies and failures here is a little Good news.  Paul, after admitting his failed struggle with ego-depletion or will power or whatever you call it, asks a rhetorical question, “Who will deliver me from this “body of death”.  We all know his next words in Romans 7.  “Thanks be to God who delivers me though Jesus Christ our Lord!”

Now the problem with that statement is that we really don’t believe it. Not in any practical sense anyway.  We have too many failures in our past to think that Jesus would deliver us from our failures and supernaturally give us the “willpower” to keep yet another “resolution”.  We all have track records, Ariely would call it “empirical data”, debunking that notion.  But what if we took to heart Ariely’s observations about ego depletion and thought about what it is that serves to replenish depleted humans— it’s food.  Then we noticed that our God cares quite a bit about food.  Both the body-type and the ego-type.  Here’s what I mean.

In the Bible our story starts in a garden, at least in part because the God who made us wanted us to be properly nourished.  We quickly see that humans make some bad choices around food and BOOM, we are out on our own, struggling with the thorny process of trying to feed ourselves.  Soon Cain and Able are struggling to come to terms with the right food/sacrifice for God, Esau is trading his birthright for soup, and Joseph is in a pit because God has to save the world from famine. Food and God issues steamroll from there:  Israelite slaves become the means of food production for the man-god Pharaoh, mana falls on the Israelites heads in the desert as they search for a land flowing with milk and honey. Ruth gleans, David’s men eat the bread of the temple, Daniel is faithful in what he east, Elijah is fed by ravens, the food and hunger theme is everywhere.  Famines crush nations, locusts gobble up gardens and the Old testament ends with prophets predicting a better time when the messiah comes for a “great banquet.”

There are many ways to read the Old Testament, but one way is man’s struggle to feed himself and a misguided sense that he needs to feed God.  This is true of all the ancient civilizations, the Incas, the Myans, the ancient people of Ur (Sumer)…all built amazing mega-temples (ziggurats) that still exist today. One major aspect to these places was a way to offer sacrifices (even human sacrifices) to feed their gods.

Now here is the cool part that Paul noticed in Roman 7. Finally, into such a world comes a baby, born in a feeding trough, born in Bethlehem (the House of Bread) who would call himself the bread of life. Satan tempts him with bread and he passes. He feeds people by the thousands and repurposes the ancient passover meal of the Jews by saying “eat my flesh and drink my blood”. The last night he is with his disciples he eats a meal, then he resurrects and feeds them on a lakeside.  “Feed my sheep” he tells them.  Wow!  It’s everywhere in a continual blurring of the lines between “real” and spiritual food.

That’s the ancient stuff that we all already knew, though we may have missed the foodie theme as we tended to focus on others.  But what about the cutting edge “new” stuff?  We mentioned Ariely as a behavioral economist and how his work might apply to our behaviors around food,  but what’s even more interest is the work of medical professionals in the field of health and the revolution they see around food.  Dr Mark Hyman, who jokes that he may be the only Jewish guy to break into the Christian best seller list with his book, The Daniel Diet with Rick Warren, says this:  “I think one of the biggest scientific discoveries of the last 30 years is that food isn’t just energy, that it’s actually information that actually provides instructions in a literally minute-to-minute, bite-by-bite basis to everything that’s going on in your body.”

I don’t know about you, but this “discovery” sounds a lot like Christ quoting the ancient text of Deuteronomy when he said, “Man does not live by bread alone but by every word that proceeds from the mouth of God.”  Bite by bite, bye by byte, the “information” that provides instructions to everything that’s going on in our bodies.  The bread of life!

So what am I saying?  Am I some sort of weird-o, new age foodie?  No.  But I do think we’d do well to pause and reflect on this obsession and perhaps consider it anew.  Most of you will say, “so what!” but maybe this lens gives a few of us a new way to see this years resolution as a struggle that comes with spiritual resources.  Maybe some combination of the thoughts of these four Jewish guys…Paul, Jesus, Hyman and Ariely will be helpful this new year as you resolve to get your act together with food.  The God who loves to feed you may not supernaturally put you in the 18% who make it, but it’s evident that he cares deeply about this struggle and, scripture says, longs to offer people resources to be delivered from this “body of death”.  That may not be the specific killer new diet you were looking for, but it does sound like profoundly good news…at least for 54 million of us anyway.

December 29, 2015 Redemption of Creation or Harps and Clouds? (RJS)
Recent Comments
1 Comment | Leave a Comment
"Avoidance of these verses is at the heart of faulty conclusions. Humanistic interpretations are why ..."
Glenn Harrell What To Say When Someone Says ..."
"I think what you should say is: "I don't want to kink shame, but that's ..."
Spirit Plumber What To Say When Someone Says ..."
"Jesus dying temporarily for our sins doesn't really make much sense. Here's why:Let's say I ..."
C Nault What is a “Sacrifice of Atonement”?
"Any updates on when it will be released???"
Brian Kelly The “Second” Testament
Browse Our Archives
get the latest from
Evangelical
Sign up for our newsletter
POPULAR AT PATHEOS Evangelical
1