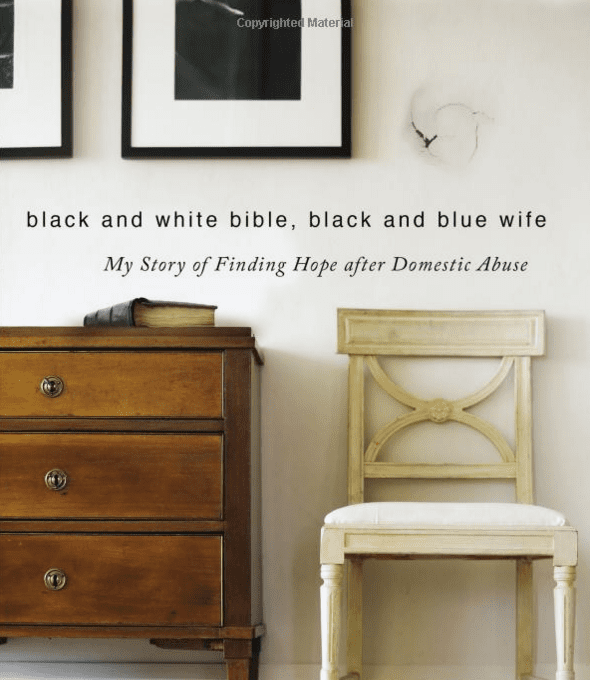 Tim Challies wrote a review of Ruth Tucker’s new book, Black and White Bible, Black and Blue Wife. I have opened this space to Ruth to respond to Tim’s review. Here it is:

First of all, Thank you, Tim, for the review. Your last sentence, however, is disappointing: “I am glad I read it but cannot give it my recommendation.” As a seminary professor, I very often assigned readings that offered positions I didn’t agree with—books that required the student’s assessment, books that helped to sharpen their own critical skills. I wish that this book could have been one such book for you.

Here is my response to a few matters you raise:

I’m wondering why you would twice reference “her own experience” in this short paragraph in relation to my “entire theological understanding” of complementarianism. I did know, however, that by the title and content of the book I was setting myself up for this type of criticism.

I might take this as a gender put-down, but I’ll try not to. Neither will I suggest that the one who speaks against egalitarianism does so out of “his own experience.” Nor do I think that I am more guilty of emotionalism than, let’s say, someone like John Piper. You state: “In fact, the proof she offers for her position is often emotional rather than biblical.”

Of course, I’m “emotional” when it comes to a wife raped by a husband—when a woman is beaten black and blue. Yes, I get a little emotional—even in print.

You say you don’t recognize the story of my marriage as a “truly complementarian union,” but have you actually counseled or listened to the stories of abused Christian women? (Or are such women too afraid to speak out, as I was for decades?) Are you aware of the inflammatory rhetoric by fellow complementarians? Do you condemn slurs against women such as Mark Driscoll’s “pussified nation”? And what about Doug Wilson? He has written: In other words, however we try, the sexual act cannot be made into an egalitarian pleasuring party. A man penetrates, conquers, colonizes, plants. A woman receives, surrenders, accepts. This is of course offensive to all egalitarians. . . .” Conquering man, good; pleasuring sex, bad. And then there are those who say there is no such thing as marital rape.

What is your response (and the response of other prominent complementarians on such language?) If you all have condemned it, good. But you all need to shout out on such matters.

You state that I offer “no compelling engagement with the complementarian understanding of many key biblical texts.” I have heard for decades compelling engagements from both sides of the debate, and I say in the first chapter where I discuss the Piper-Tucker debate at Wheaton College in 1995, that I now think we ought to set aside for a time the debates and talk about real life, which I do in the book. But I also make several points (for which you do not give me credit) that speak to the biblical issues. For example, I call for more attention to biblical narratives—from Genesis to narratives in the Gospels, Acts and Paul’s letters. I likewise focus on biblical interpretation and how some, for example, focus only on portions of what is written in 1 Tim. 2 (related to women teaching and having authority) while entirely ignoring Paul’s lengthier passage in 1 Tim. 5 on widows. (Even the male-headship claims for the 1 Tim. 2 passage are by no means slam-dunks.) I do engage the biblical text, but this was not the place to offer a rehash of the whole debate.

You take strong issue with one particular “emotional” statement I make in the book: “Imagine saying that African Americans are fully equal to whites before God, but they are not permitted to hold church office and must be subject to Caucasians. The claim would be ludicrous. And so it is regarding gender.” You go on to say: “But unless race and gender are the same category, this is an invalid means to advance her argument. It succeeds emotionally but fails biblically.” Well, gee, thanks, Tim, for saying it succeeds emotionally. And if you would say that women are fully equal, it would also succeed emotionally.

My point here in the passage in the book, as elsewhere, was to challenge the straightforward meaning of the word equality. It’s simply wrong to argue that inequality is equality. The most honest statement a complementarian could make is: “The Bible does not teach equality for women, and as politically incorrect as that is, I stand by the Bible.” I would greatly respect such an admission. That would be straight talk. Egalitarians say the Bible teaches equality for women; complementarians say it doesn’t. We would then start out the discussion in plain English (or whatever language is being used).

Another weakness you cite relates to divorce. I won’t get into that here except to say it is incorrect when you use the phrase “her case for divorcing her ex-husband.” I did not divorce him; he divorced me some years after I had gone to court and been granted “separate maintenance” and full custody of our son. [Tim has just emailed saying he would correct this.]

March 9, 2016 The End of Chapter One (by Nika Maples)
Recent Comments
189 Comments | Leave a Comment
Browse Our Archives
Related posts from Jesus Creed