For a limited time (April 8-30, 2016) Wipf and Stock Publishers is offering 40%-off retail from their website. Just use discount code DOUBLEB at www.wipfandstock.com.

To enter a drawing for a free copy of The Doubled Life of Dietrich Bonhoeffer, please email Chris Graham at cgraham@wipfandstock.com and include Jesus Creed book giveaway in the subject line. Three winners will be chosen on April 30, 2016.

The people closest to Dietrich Bonhoeffer weren’t there when he died at Flossenbürg concentration camp, but one he was probably thinking of was his twin sister Sabine.

Bonhoeffer, who would become famous for both his theological writings and his life resisting Hitler, had a very wide acquaintance and many friends. He was part of the interwar trans-European elite and knew almost everybody. He had by all accounts, a self-assurance and a perfect command of manners that made him welcome in the highest echelons of society. He performed the role of a man in charge.

Yet what surprised me as I researched Bonhoeffer was the extent to which women populated his innermost circle of intimacy. For example, in a letter to Bethge, Bonhoeffer wrote that Bethge and Sabine, his twin, were the two to whom he felt, “in contrast to . . . other people … a remarkable sense of closeness.

I discovered (common, I learned in the German biographical tradition) that a male perspective on Bonhoeffer dominates the discourse, best typified by Eberhard Bethge’s mammoth biography. Thus, I began my book on Bonhoeffer and women, called The Doubled Life of Dietrich Bonhoeffer, to reinsert women more fully back into Bonhoeffer’s life story. In a very real sense, I wrote the book that wasn’t in my library. (For details on a drawing for a free copy of the book, see above.) 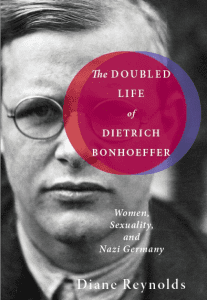 Women have often been downplayed in Bonhoeffer’s story. Not entirely, of course, but strange omissions occur. For example, there is no published photo of Elisabeth Zinn, who more than one writer, including Eric Metaxas in his bestselling Bonhoeffer biography, calls Bonhoeffer’s fiancée. (I have a photo of her in my book thanks to the generosity of Zinn’s daughter, Aleida Assman.) And, in another example, the story of his relationship with his fiancée, Maria von Wedermeyer, has been routinely misrepresented: Maria’s story has become part of what filmmaker Laura Pointras calls a “locked narrative:” a somewhat distorted story that has been told so often it attains the status of truth.

My book tells—or tries to tell—the true story of the women closest to Bonhoeffer. This seemed important because it was in dialogue with women (as well as men) that Bonhoeffer hammered out his theology. Further, this man for whom the personal was always the theological and the theological always the personal, built up through these women the layers of experience—all-important to him– that helped form his theology.

For this book, I used the letters and memoirs of some of the women in Bonhoeffer’s life. These sources were a species of women’s writing, often with a strong emphasis on the domestic. In my book, I aimed to capture some of the domestic flavor of the women’s writing—and, through narrative nonfiction also to provide a sensory context for life in Weimar and Nazi Germany.

In writing about this book on women a little more than ten years after finding Scot’s blog, I have a sense of coming full circle. I arrived at Jesus Creed, new to the blogosphere, late in 2005, entering cyberspace to see if others were as concerned as I was about comments Mark Driscoll, former pastor of Mars Hill Church in Seattle, had made about pastors’ wives “letting themselves go.” At Jesus Creed, I found a safe haven after having been surprised at the extent and nature of attacks on men and women challenging Driscoll. I also found Scot unafraid to talk about women’s issues in the church.

Questions of women’s place in the church world continue to surface. To what extent do we still downplay the voice of women in the church or in the lives of famous men—and why? Why does it matter?

April 8, 2016 A Protestant Purgatory?
Recent Comments
0 | Leave a Comment
"WOW UR TESTIMONY JUST SAVED ME. WOW. Thank you praise Jesus. (I feel like that ..."
Luu Saturday Afternoon Book Review: Andrew Farley
"Avoidance of these verses is at the heart of faulty conclusions. Humanistic interpretations are why ..."
Glenn Harrell What To Say When Someone Says ..."
"I think what you should say is: "I don't want to kink shame, but that's ..."
Spirit Plumber What To Say When Someone Says ..."
"Jesus dying temporarily for our sins doesn't really make much sense. Here's why:Let's say I ..."
C Nault What is a “Sacrifice of Atonement”?
Browse Our Archives
get the latest from
Evangelical
Sign up for our newsletter
POPULAR AT PATHEOS Evangelical
1 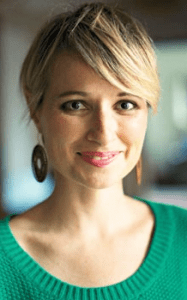 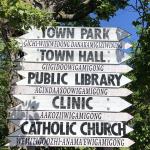