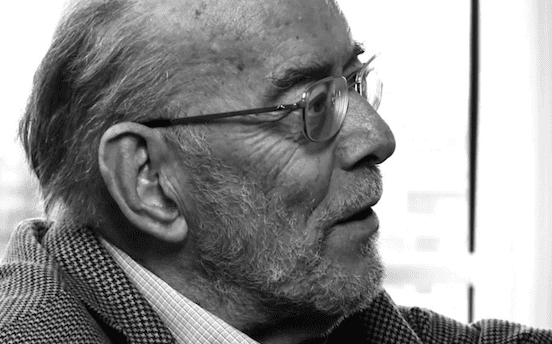 James D.G. Dunn prefaces Part Twelve of Neither Jew Nor Greek: A Contested Identity with these informed, if not depressing, words:

There is something of an oddity about the title ‘Jewish Christianity’. For in a very important sense, that is what Christianity is — at least in its beginnings, and integrally in its character. In an important sense, often lost to view, the adjective ‘Jewish’ is quite unnecessary, since Christianity, with a Jewish Messiah as its central figure, and its holy scripture predominantly written by Jews, can hardly be anything other than ‘Jewish’ in a crucially defining sense. The oddity, rather, at least arguably, is that Christianity so quickly lost sight of its Jewish roots and character, that ‘Jewish Christianity’ became just one form of Christianity, almost a primitive form to be lost increasingly to view as Christianity became more international and less definitively Jewish in character. The increasing loss of distinctively Jewish identity is one of the most striking features of the first two centuries of Christianity. The growth of a contradictory adversus Iudaeos tradition which came to dominate Christianity more or less up to the present day has a self-contradictory character. To reckon seriously with this fact is still one of the great challenges facing twenty-first-century Christians, when the memory of the Holocaust is still unspeakably raw (507).

What can we do? AT the end of the post we will get to his recommendations, but this set of observations is very important for those who want to be faithful to Jesus and the apostles. Here’s why:

* that it is a Jewish sect which has become predominantly non-Jewish, and traditionally dismissive of and antagonistic to the religion of the Jews;
* that more than three-quarters of its sacred scriptures are the scriptures of Israel, the Hebrew Bible and its Greek version (LXX);
* that the God it worships is the God of these scriptures, that is, the God of Israel;
* that the Saviour it exalts is Jesus Christ, that is, Messiah Jesus, whom the first Christians regarded as the emissary from God long-expected by Israel’s prophets and seers;
* all the apostles, on whom the Christian church is built, were Jews (508).

Paul already faced the tensions of incorporating Gentiles and Gentiles welcoming the Jewish believers… and for all intents of purposes Paul’s vision did not win. While the church made great gains into the Roman empire, it often did so at the expense of our Jewish brothers and sisters.

After examining in detail the enigma of James, brother of Jesus, and the Jerusalem church’s aftermath, Dunn sketches the Jewish Christian writings of the NT (to show how Jewish it all was), the Jewish character of 2d Century Christian writings, how important Second Temple Judaism was to it vs. rabbinic Judaism (a much more narrow segment), and the Minim accusations, Dunn draws the following conclusions for our comprehension of Jewish Christianity:

April 21, 2016 Must We Play the Game? (RJS)
Recent Comments
0 | Leave a Comment
"This is a really weak take on DBH's arguments. I dont understand the impulse critique ..."
zech Reviewing David Bentley Hart
"So because 1-9 genesis referes to penis and then vagina. Therefore we can deduce that ..."
Jostein Syvertsen Yarhouse And Gender Dysphoria
"In some of the TTTE episodes pride goes before a fall crops up and that's ..."
Erica L Thomas the Tank Engine (Deconstructed)
"TTTE helped me learn to distinguish feelings, something I had trouble with as a kid. ..."
Erica L Thomas the Tank Engine (Deconstructed)
Browse Our Archives
get the latest from
Evangelical
Sign up for our newsletter
POPULAR AT PATHEOS Evangelical
1