Must We Play the Game? (RJS) 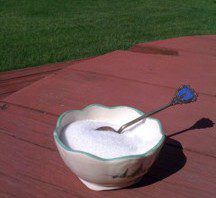 The next chapter of Matthew Nelson Hills new book  Evolution and Holiness: Sociobiology, Altruism, and the Quest for Weslyan Perfection explores a topic at the cutting edge of science – the existence or not of human freedom … the free will question. This is a question I’ve posted on a number of times over the years.  Is there any such thing as free will?  Not libertine free will with choice unconstrained by body, brain.  This clearly doesn’t exist. We are embodied creatures. Choice can be constrained by injury to the brain, by past experience, by addictive predispositions. The question is more fundamental than this – do we have any more real freedom than the bowl of sugar has?

Anthony R. Cashmore wrote his inaugural article following election to the National Academy of Science on The Lucretian swerve: The biological basis of human behavior and the criminal justice system.  I posted on this article shortly after it appeared (Is Free Will Anti-Science?). In his article Cashmore argues that we have no more free will than a bacterium or a bowl of sugar. He isn’t describing a Newtonian determinism – rather he is pointing out that a combination of genes, environment and stochasticism (i.e. randomness) governs all of biology, including behavior. While the introduction of randomness into response eliminates a strict determinism, it does not introduce a “will.” A free will requires some degree of feedback control. There is no physical mechanism for “will” to exercise control.

Cashmore suggests that free will is an illusion having evolutionary selective advantage. “Consciousness confers the illusion of responsibility.”

A couple of years later the The Chronicle Review section of The Chronicle of Higher Education explored the question of free will starting with a rather provocative cover.

You may think you decided to read this.

In fact, a scientific consensus is emerging:

Free will is an illusion.

We looked at the question raised by the essayists in this issue in a post Is Free Will an Illusion?.  The views ranged from reductive materialism, something like the view presented by Cashmore, to deliberation of the workings of the human mind and the constraints and impact of human society on decision making.

In chapter 4 of Evolution and Holiness, Overcoming Genetic and Environmental Constraints on Altruism, Hill asserts that humans do have an element of real freedom, “the idea of “free will as an illusion” does not fit into the common human experience that implies genuinely free actions – including actions of self-sacrifice.” (p. 110)  Later he elaborates:

The assumption by the determinists that materialism is the only logical answer to the question of how humans make decisions and perform actions should be challenged. The mind, for determinists, is composed of “merely matter” and is thus nothing but a “physical phenomenon.” Therefore any choice is actually not a choice at all due to its biological constraints. But as we shall see, there is reason to believe that individuals are not total slaves to their biology. Humans instinctually know that we have some sense of freedom in choice – we are not solely bound or determined. (p. 114) 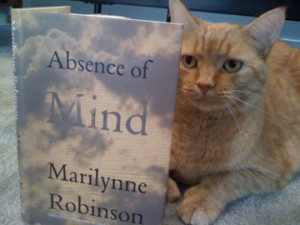 Hill doesn’t make any claims about the origin of human free will. It could be derived through evolution – with humans on a continuum with other animals. Certainly cats can exercise what appears to be reasoned decision making at times. Much research has been done with chimpanzees and bonobos. There is no need to postulate a gap, making humans ontologically distinct form other creatures. I am not sure that Hill quite grasps the depth of the problem posed by free will. Causality itself is at stake – can the immaterial (an idea) change the material?  This isn’t really a biological question, it is rooted in physics.

The reality of free will could be evidence for “intelligent design,” the existence of something beyond the laws of the physical world. Cause and effect is well established within this realm, mechanisms, models, and possibilities abound. Will, “free” will, if real, is something completely outside our current scientific understanding. We have no model for the cause  (the will) and no mechanism to connect cause and effect. However, free will could be explicable by laws of the physical world – but point to something beyond our current understanding, new laws and processes we do not yet understand. What this is, how it works out, is unknown at this time but the unknown is what fuels research and the quest for understanding.  Hill wisely wishes to avoid God of the gaps arguments – and make no specific claims, beyond the claim that humans have a real capacity to make reasoned free choices.

Human free will, even when influenced by biological and environmental factors, provides an opening for humans to move beyond instinct and survival and make genuinely altruistic decisions. Given free will, the usual explanations for human altruism are insufficient. They all assume that we are pieces in a complex game. We have evolved to make the choices that have in the past resulted in the survival of our species. As social creatures this may include traits that benefit the group, because a healthy stable social context promotes survival. No human, or cat, is consciously concerned about the selfish gene – but this is immaterial. In the absence of genuine freedom, game theory is all we have to go by.

But we don’t have to play the game. Humans have the freedom to think beyond biological and environmental constraints. This is a freedom, however, that must be cultivated. It doesn’t just happen. In the next chapters of his book Hill will look at the Weslyan quest for holiness and the ways that social environment can encourage Christians to altruistic actions …  to do justice, to love kindness, and to walk humbly with our God.

Must we play the game? Is free will genuine or is it an illusion?

Is materialism all its cracked up to be?

How could the discussion of genuine human freedom open doors to talk about the gospel?

April 21, 2016 Manhood Fail (by Carolyn Custis James)
Recent Comments
0 | Leave a Comment
Browse Our Archives
get the latest from
Evangelical
Sign up for our newsletter
POPULAR AT PATHEOS Evangelical
1