The Genes Agree – The Answer Is No (RJS) 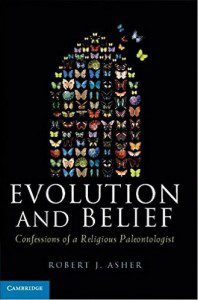 No, evolution isn’t a theory in trouble. There is ample evidence for common descent and evolution by natural selection.

Common descent implies common ancestors, and this can be traced through DNA.

Having a common ancestor means specifically that different animals alive today – chimp and human, for example – can trace their heritage to a real population of interbreeding animals in the distant past that lived in a specific place at a specific time, and furthermore had a uniform anatomical and genetic make-up. It would be reasonable to conclude that if evolution actually happened, then two animals descended from an immediate common ancestor would show more similarity (anatomical, genetic, paleontological, and geographic) than either would with a more distant relative. (p. 158)

It is important not to be two simplistic in the analysis however.

[D]ifferences may accumulate in one animal or plan lineage more slowly than in another, for example leading to a descendant that is similar to its parent and very different from its sibling. Similarity that has nothing to do with common ancestry may result from adaptations to a similar environment (digging, swimming, foraging at night), or the unpredictability of mutation and fossilization. Changes in sea level and mobile continents enable some animals to disperse together to a certain area whether or not they are closely related. (p. 159)

But the evidence tells us that these events are relatively uncommon. DNA sequences can be used to build up phylogenetic trees illustrating the connections between different species of plants and animals. 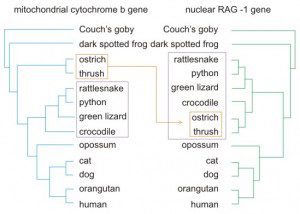 Much of the genetic evidence is readily available to anyone with internet access. Asher provides general instructions as well as a link to the mitochondrial DNA coding for cytochrome b that he used to construct a phylogenetic tree for thirteen vertebrates ranging from a fish (Couch’s goby) to humans. Small data sets (like the cytochrome b gene) can provide a rough tree, while larger genetic data sets may change some of the details. A simple analysis of similarities in cytochrome b usine the criterion of parsimony (the simplest explanation is the best) provides the tree on the left side of this figure. Larger data sets, with the RAG-1 gene as an example, demonstrate the close relationship between the birds (ostrich and thrush) and the crocodile. This is one piece of evidence, corroborated by others, that birds evolved from dinosaurs.

We observed in Chapter 4 how the fossil record is also consistent with the tree depicted {in the figure above} … So now we’ve got anatomy, development, the fossil record, and DNA sequences from the mitochondrial and nuclear genome showing us the same basic pattern. We can establish that this pattern is not due to ecology or physiology, and it is clearly not a chance result from the immense number of possible genealogies among sampled organisms. In the parlance of a prosecuting attorney, the observations are analogous to finding a bloodstain on the victim matching your suspect, in addition to a bogus alibi, fingerprints, eyewitness testimony, and a confession. The ability to predict such correspondence in patterns across very different sources of data doesn’t just happen unless you’ve got a process behind it, and we do: evolution by natural selection. (p. 166)

When investigators make a mistake or speculate outside the strength of the evidence other scientists are quick to jump on it an publish rebuttals, sometimes rubbing it in ruthlessly. (Asher cites an example in an endnote.) 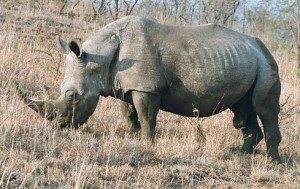 DNA evidence hasn’t only confirmed already suspected trends. Sometimes anatomy alone isn’t an adequate guide. At times the genetic evidence has led to significant rearrangements within broad outlines. Placental mammals provide an example. The distinctions between fish, amphibians, reptiles, and mammals are crystal clear. The distinctions and connections between monotremes, marsupials, and placental mammals are also clear. But it was only after the advent of DNA sequencing that some connections within placental mammals could be determined with any degree of certainty.   For example, the bat was thought to be closely related to the colugo and horses (an odd-toed ungulate or perissodactyl) to the elephant – both of which were wrong.  Odd-toed ungulates are within a broad group of Laurasiatheria while elephants belong to Afrotheria. (The rhinoceros is also an odd-toed ungulate.) Science is an ongoing process and we are still learning.  There will likely be additional tweaks as more evidence is uncovered, both in DNA and in the fossil record.

DNA and new features. Can evolution create information? This has been posed as another challenge to evolutionary theory. In chapter 10 Asher digs into this question. He doesn’t really address the creation of completely new features, but he does provide a fascinating discussion of the myriad ways that differences in phenotype (an organism’s observable characteristics or traits), can be modified through evolutionary means.Although point mutations occur (single amino acid changes) these are not the most important or powerful processes.

The inclusion of viral DNA is one mechanism. If viral DNA is incorporated into germ cells (eggs or sperm) it can be passed on. Not all viruses are detrimental, and the additional genetic material provides room for the development of new capacities without harming already functional systems.

Gene duplication is another mechanism for development of new features and capabilities. Cell division can go awry, often with disastrous consequences (cancer for example), but sometimes innocuous changes occur. Two or more copies of a gene may result. The ability to perceive color is related to the presence of several closely related proteins coded by opsin genes. Slight variations in three different opsin genes cause changes the absorption spectrum of the chromophore in the protein making it sensitive to short, long, or middle wavelengths in the visible spectrum. These changes are exploited for color perception. Some animals (zebra fish for example) have a fourth opsin allowing UV-sensitive vision outside the range of humans.

It has been demonstrated that a gene duplication event of the long-wavelength, X-chromosome opsin gene in the common ancestor of catarrhines, combined with simple point mutations … was the source of our middle-wavelength X-linked opsin gene that enables trichromatic vision in humans, great apes and Afro-Asian monkeys.  (p. 190)

How do we know that gene duplication is responsible for two versus three opsins in various species of primates? First, we know because the mechanisms of DNA transcription and replication are good, but their not perfect. Categories of genetic duplication include retroposition, tandem duplication, and polyploidy, and each differs in terms of the amount of genetic material copied. … All these forms of gene duplication are common in the natural world. (p. 190-191)

The DNA sequences and the patterns between species contain clues to the history of these changes.

A third mechanism available is in the presence of gene sequences that control the expression of genes. Small repeat units can modify “downstream activity of other molecules.”  Asher provides an example connected to skull shape in dogs and other carnivora. A longer snout is connected with a higher ratio of glutamine to glutamic acid in these microsatellite repeat units. Because these microsatellite regions can have variable length, they provide a “tuning knob” for changes in features.

A final example provided by Asher involves the development of the mammalian ear. There is a control cascade, something of a Rube Goldberg sequence of events, that controls the development of the ear. In one step of the process, differential expression of a couple of genes involved in ear development control the final length of the cochlear coil and the sensitivity of the animal to sound. They “help to control the activity of retinoic acid, which in turn influences the location and extent of coiling in the organ of hearing, the cochlea.” (p, 198)  Small changes in gene expression can cause gradual small changes in phenotype – consistent with the fossil record of intermediate forms.

The examples of vision and ear development represent relatively minor changes, but the toolkit that give rise to these can, over geological time scales five rise to far more profound changes as well, in a stepwise relatively slow progression. Macroevolution is nothing more than microevolution when the time available gets large.

If you are interested in more of the details, I’ve only scratched the surface of Asher’s discussion in these chapters. The book goes into much more detail.

The origin of life is a mystery. The toolkit available for genetic modification and evolution by natural selection is becoming clearer.  Many unknowns remain, but evolution is not a theory in trouble.

April 27, 2016 Household Liturgies (by Jonathan Storment)
Recent Comments
1 Comment | Leave a Comment
"Yes! Just read this article today May 26, 2022; but it's relevance and accuracy has ..."
Michael Nations The Future Isn’t Where We Thought ..."
"Curious as to why my comment was deleted? Here it is again for all who ..."
zfari Go Home or At Home?
"From my experiences, a God who has a Gender, a Sex, and a Biological Orientation... ..."
Kyllein MacKellerann What to Say When Someone says ..."
"What is the "final destruction of sin" please?"
Bob Shiloh What to Say When Someone says ..."
Browse Our Archives
Related posts from Jesus Creed