An Open and Relational God? 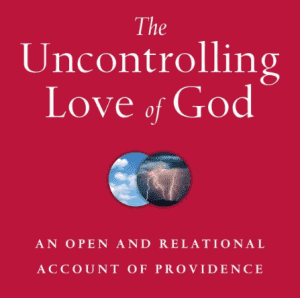 How does God engage in a meaningful relationship with humans and not change? And if God changes, are we to think of God in what is now called an “open and relational” theology?

In the last post on Thomas Jay Oord’s book  The Uncontrolling Love of God we sketched six or seven models of how God relates to the world, from God as omnicause or at least overpowering to God little more than impersonal force. And I quoted Tom as he summarized the kenotic view, which is his view, in these terms:

The model of God as essentially kenotic says God’s eternal nature is uncontrolling love. Because of love, God necessarily provides freedom/agency to creatures, and God works by empowering and inspiring creation toward well-being. God also necessarily upholds the regularities of the universe because those regularities derive from God’s eternal nature of love. Randomness in the world and creaturely free will are genuine, and God is not a dictator mysteriously pulling the strings. God never controls others. But God sometimes acts miraculously, in noncoercive ways. God providentially guides and calls all creation toward love and beauty.

The model of God as voluntarily self-limited thinks self-limitation is a free divine choice… The model of providence as essentially kenotic, by contrast, portrays God’s self-limitation as involuntary: God’s nature of love logically precedes God’s sovereign will. This means that God’s self-limiting Kenosis derives primarily from God’s eternal and unchanging nature of love and not from voluntary divine decisions. Because God’s nature is love, God always gives freedom, agency and self-organization to creatures, and God sustains the regularities of nature.

In another chp Oord opens the window onto this view with more clarity, and so I quote him so we get this right:

Open and relational theology embraces the reality of randomness and regularity, freedom and necessity, good and evil. It asserts that God exists and that God acts objectively and responsively in the world. This theology usually embraces at least these three ideas:

2. The future is not set because it has not yet been determined. Neither God nor creatures know with certainty all that will actually occur. The future is open.

3. Love is Gods chief attribute. Love is the primary lens through which we best understand God s relation with creatures and the relations creatures should have with God and others. Love matters most (107). 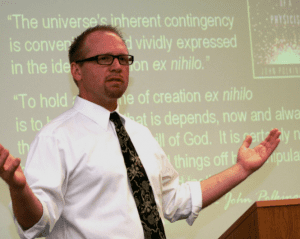 He finds four different paths to this view:

First. There are Bible verses used for an open and relational theory. Including the conditionality of passages like 2 Chronicles 7:14, 19-20, or that God regrets things (Genesis 6:5-6), or that God “learns something” (Genesis 22:12), or that God says one thing to Hezekiah, the man repents, so what God said did not come to pass (Isaiah 38:1-5), or that God changed his mind (Jonah 3:9-10).

Open and relational theology rejects that the Bible teaches that God controls all things (111). Which is to say, “History is open, and creatures join God in writing it” (111).

Second. Christian theologies, depending upon emphases, sometimes lead to open and relational theology. This approach is fairly recent in emphasis but it is not new, and Oord points to a number of theologians in this section.

[E.g.,] Pentecostal theologian Joshua D. Reichard says, “God’s activity in the world is not primarily unilateral but relational.” God shares power with believers through concursus which means God cooperates with creatures to accomplish the divine will. Pentecostal-charismatic affirmations, such as contemporary spiritual gifts and the possibility of miracles, says Reichard, ‘have inherent compatibility with open and relational theology.'” (114)

. God does not foreknow the future exhaustively. They believe God experiences time in a way similar to the way creatures experience it. The future is full of possibilities, and, being omniscient, God knows them all. But God cannot foreknow with absolute certainty which possibilities will become actual (117).

Third. Philosophy at times leads this in this direction, and he focuses on William Hasker — who moved from simple foreknowledge, to middle knowledge, and then to open and relational theology.

For free will to be genuine, the future must be open, not settled (124).

Fourth. Science, and here he looks at John Polkinghorne.

Polkinghorne came to believe the randomness in the world tells us something true about the openness of reality itself. This belief stems from his commitment to philosophical realism, which says our observations tell us something true about the world. “Affirming that what we know or cannot know should be treated as a reliable guide to what is the case,” he explains. Or to put it more philosophically, “intelligibility is the reliable guide to ontology” (128).

“If I can act in this way in a world of becoming that is open to its future,” [Polkinghorne] says, T see no reason to suppose that God, that worlds creator, cannot also act providentially in some analogous way within the course of its history” (129).

Oord knows open and relational theology is a big umbrella covering a variety of theorists and theories.

Open and relational scholars do not agree on all the specifics, of course. The details of their visions of providence, for instance, differ depending on their interests, expertise, inclinations and primary concerns. The open and relational umbrella is broad enough to include a diversity of ideas (130).