Why We Gather (RJS) 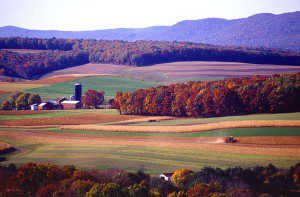 I had the privilege of attending a Celebration of Life (i.e. memorial service) earlier this summer for my uncle, ’54 MDiv Northern Seminary, for 35 years a bivocational pastor in rural Illinois. Growing up I knew him as my uncle the pastor, this is what shaped his identity.  His work as a teacher and school counselor was secondary to his Christian vocation and calling. Retirement took him out of the pulpit and out of that small town, but not out of the church.  Nor did it  change his calling as a Christian.  At the celebration he was remembered as a man constantly on ministry, searching out relationships.  He was active in a few different churches in the 20+ years after retirement. One common remembrance was his willingness to strike up a conversation anywhere, another his regular coffee shop gatherings with people, Starbucks, Dunkin’ Donuts, Panera. He was not a saint (and didn’t want to be portrayed as such), but he was heart and soul a Christian and a member of the church both global and local. This is what he asked that people, especially his children and grandchildren, focus on at the service.

If we listen to some Christian leaders today he was a failure. After all, he never had a church in the thousands (I am not sure of the size, a couple hundred at most), he had no staff and didn’t aspire to “success” as a Christian leader. A rural church wasn’t a stepping stone to bigger and better things. His goal wasn’t a bigger personal following, but making disciples of Christ. He followed his calling to be a pastor (i.e. a shepherd) to those around him.   He raised a family, preached weekly, led a summer community VBS, delivered meals on wheels, visited with people, not only those in his own church (all points raised in the celebration). Those of us who knew him and the impact he had on others, know that he was no failure. As Christians we are not called to success as measured by the world, not even when it is baptized as “holy” because it involves church work. 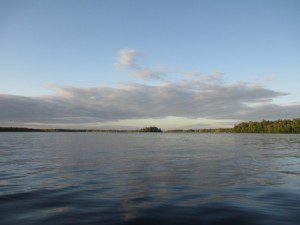 Along the same lines – I was on vacation earlier this month in the north woods of Minnesota and Wisconsin, attending a different rural church each of the two Sundays. Neither is perfect (no church is) but both have energetic youngish pastors, relatively new on the job, who are eager to make a difference in their communities. Both churches do make a difference. Neither church will ever be more than a few hundred at best (one is located in a county nearly 2000 square miles with only ~16000 residents, i.e. ~8 or 9 permanent residents per square mile!), largest town under 2500. Both of these churches have larger attendance in the summer (lake cabins abound) than winter. One has an important ministry in the county jail. Poverty, drugs, alcohol and depression can be big problems in rural America. The other may as well. Although neither pastor is bivocational at least one of them has a wife whose employment as a teacher helps to support the family. It is not uncommon for rural pastors to be paid at a level making them eligible for SNAP (food stamps) or other such programs if dependent on one income for a family. 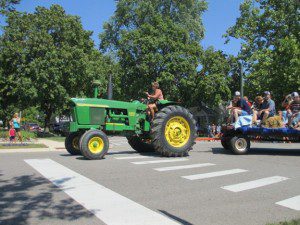 Another pastor in my acquaintance spent a decade or so post “retirement” focused as pastor of a small church with a ministry among the “unchurched” in a rural community – an octogenarian with a significant ministry focused on youth and young adults neglected by most of the established structures. This was not a large church, and never will be, but it made a difference for those it touched. Again “success” in the eyes of the world was not part of the picture.

Scot posted recently on a book Renegade Pastor by Nelson Searcy and some aspects of this struck me as a little “off.” Rather than comment blindly I read the book while traveling this week. It is an easy read – an ideal airport book. It was a little annoying that the book seemed to be a commercial for his other books and his Renegade Pastor network.

There were a few sections that I found quite helpful – particularly his chapter on time management. I am not in Searcy’s target audience (which appears to be lead pastors of multi-staff churches), but as a professor I have the same kind of flexibility and need for self-direction and organization.

Searcy encourages pastors to read regularly, with the Bible at the top of the list. Good. But he then recommended reading at least one “Best Practice” book a month (like his) as a higher priority than theology, or history, or philosophy (all of which need to be spread across several months in his example schedule in Chapter 3) so that in a year one would read 12 “Best Practice” books, 2 theology books, 1 history book and 1 philosophy book. This isn’t really the “Best Practice.” I find most “Best Practice” books, like most self-help books, to be light reading with much hype and little meat. A steady diet of this would get tedious – and seem like mostly ice cream and candy.

But the aspect of this book that concerned me the most (as it does with most evangelical leadership books) brings me back to the introduction to this post. Searcy is focused on ambition, systems, organization, fund raising, recruitment of volunteers, and growing the Sunday morning audience. There are some nuggets of wisdom  like reminding pastors that they are not in competition with other churches in the area and that comparison on standard metrics of “success” is unwise and not useful. Money and numbers don’t equal success. He recommends that pastors practice their Sunday sermon before the staff each week – on Thursday to give time to adapt and revise. This reminded me of an observation one of my cousins made at the Celebration of Life service. They grew up hearing the Sunday sermon twice weekly, because my uncle would practice before the family each week to work out the bugs. 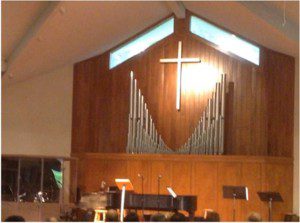 The primary problem with this book (like so many I’ve seen) is that it is focused on “leadership”, not on the body of Christ. There is little humanity in his leadership advice. But the church isn’t composed of systems, it is composed of human beings created in the image of God. Searcy doesn’t seem focused on making disciples and peers of people (after all a pastor is only another flawed human who stands before God). I came away from the book, as a parishioner rather than a pastor, with the impression that I am a sheep – a cog in the machine – rather than a person. The goal is to get me to attend, give, and serve – not to grow and mature. The occasional allusions to discipleship seem to measure this by attendance, tithing, and serving. This isn’t advice aimed at working with people, it is advice aimed at growing an institution. So Searcy recommends “sending a handwritten thank-you note to every first-time guest who visits your church. (p. 137)” But he doesn’t advocate this out of a concern for people, but to grow the attendance. This is a great practice – but it should arise from a deep concern for humans created in the image of God, not as a growth strategy.

Searcy comments on the success of a stewardship challenge at increasing giving to his church. He underestimates the human power of persuasion. “Did that many people take the challenge because of my eloquence and brilliant articulation on the principle of tithing? Absolutely not.” Ah, Searcy, I have a reality check for you. Such an immediate response doesn’t come from a human desire to grow – it is usually an emotional response to a powerful speaker. Growth is slow and takes work.  The response may lead to growth as disciples of Jesus, especially in a church that emphasizes godly leadership, but it takes time. (And while discipleship should be accompanied by radical generosity – this isn’t measured by giving to one particular institution, including your church.)

People not institutions. There is some excellent advice in Searcy’s book but it needs a change in emphasis.

The pastors, including my uncle, mentioned at the top of this post are (or were) focused on people not on leadership techniques and the growth of an institution. Because the focus was on people and their growth as Christians, “pastoring” extended well beyond retirement. My uncle was 87 when he died – still deeply engaged until cancer struck. The other octogenarian (my father-in-law as it happens) was focused on the hurting people in his region.

Scot has often recalled a bit of advice he received when a young professor. We don’t teach subjects, we teach students. Likewise, a good pastor doesn’t lead an institution, he or she makes disciples of Jesus Christ – peers to stand before God. If this isn’t the focus from which all else follows, something is out-of-whack. Not God, Church, Sheep but God, People, Church.

We gather because we are the people of God, the body of Christ.

Why do you lead?

Why should we gather?

Keep a Stiff Upper Lip in Life, Even...
The Merriam-Webster Dictionary defines “stiff upper lip” as “a steady and determined...
view all Evangelical blogs
What Are Your Thoughts?leave a comment
Copyright 2008-2021, Patheos. All rights reserved.
Close Ad