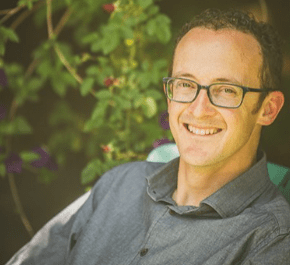 John Frye’s review of A Man Attested by God, part one.

Like many pastors I am intrigued by ongoing scholarship in Jesus studies. Authors like the late Ben F. Meyer, N. T. Wright, Scot McKnight, Larry Hurtado and Richard Bauckman (and many others) keep the Jesus conversation vibrant and fascinating. A new Eerdmans Publishing release is J. R. Daniel Kirk’s A Man Attested by God: The Human Jesus of the Synoptic Gospels. I am grateful to James D. Ernest at Eerdmans and Scot X. McKnight of Jesus Creed for inviting me to review Kirk’s latest contribution to Jesus studies. In Part 1 of the review we will consider Kirk’s Introduction (1-43).

Why is it important for local church pastors to keep in touch with some aspect of ongoing biblical and theological scholarship?

Kirk, Ph.D. in New Testament from Duke, sparks the Jesus conversation by proposing the hypothesis that the Synoptic Gospels present Jesus as “an idealized human figure” based on Peter’s first post-resurrection sermon that “Jesus of Nazareth was a man attested by God to you by miracles, wonders, and signs, which God did among you through him…” (Acts 2:22). Kirk will established that “idealized human figures” populate 1st century Jewish literature and that these figures are strongly identified with deity, but not identified as deity. “I [Kirk] show that identification with God is not tantamount to identification as God in the ways that other scholars suggest…” (24). A few of the “idealized human figures” (to be considered later) are Adam, Moses, and Enoch.

Bauckman— creates category for “divine identity” but is pressed to find all the features in the Synoptics (17-21).

Hays— does not pay close attention to what Jesus actually says about himself in Luke 24 (23-26).

Hurtado— avoids texts that show cultic devotion to Jesus as an idealized man (26-29).

Gathercole— against the evidence puts Jesus on the creator side of the creator/creature divide (29-31).

These authors see a high divine Christology, yet also in many ways see Jesus as truly (almost only) human. Some of the authors take, according to Kirk, an extra interpretive step by importing in criteria not in the dataset of the Synoptics themselves. These scholars cross some non-Synoptic gap to conclude that Jesus is ontologically divine.

Kirk attributes “vagueness” to Darrell Bock’s “suprahuman Jesus” (Bock’s term) in Luke’s Gospel. Bock is an example of “the conceptual quandary of early high Christology” (37-38). “Importantly, Bock never explains how the Christ is divine, as he understands it, while the Lukan narratives consistently depict the character of ‘God’ who acts as an agent distinguishable from Jesus throughout” (38). In summary, Kirk believes his “idealized human figures” hypothesis applied to Jesus best fits all the Synoptic material. Kirk offers “a better paradigm for reading the Synoptics” (39).

What do you think of the category of Jewish “idealized human figures” applied to Jesus? What questions would you ask Kirk?

What is Kirk not saying? “While the force of my argument is, throughout, to show the sufficiency of the human category for explaining the many Christologies narrated in the Synoptic Tradition, this book should not be read as constituting the claim to the effect that Jesus is not, in fact, God in the way confessed by many Christian traditions or that idealized human Christologies are incompatible with divine Christologies” (3-4). The question Kirk wrestles with is: “what assumptions about the identity of Jesus make sense of the [Synoptic] Gospel stories as told” (6)? “Divine and preexistence Christology is attested to in other early Christian literature” (4). Kirk admits the Gospel of John and many New Testament letters offer a high divine Christology. His sharp focus is on the Jesus presented in Matthew, Mark, and Luke.

I imagine more conservative scholars will react too quickly to Kirk’s hypothesis. What we all need to do, pastors and scholars alike, is to give Kirk latest work a fair reading.