Scooby Doo, How Wrong are You? 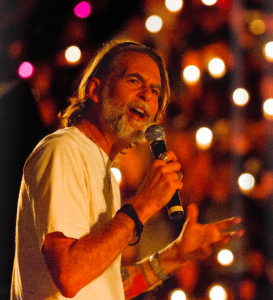 I’m in a blog series reviewing one of the best books I’ve read this year. It is Reviving Old Scratch by Richard Beck and it’s all about the Devil and Spiritual Warfare.

But before you turn up your nose at this, I want you to know this isn’t like the other spiritual warfare books out there. It is written specifically for the kinds of Christians who stopped believing in the Devil/Demons a long time ago, by someone who went down that same road.

The best way I could summarize Beck’s work is that he quotes the Canadian Philosopher Charles Taylor, lots of Scripture, lots of theologians, and talks often about Scooby Doo.

So if you haven’t read Charles Taylor’s seminal book “A Secular Age” the basis premise is that we modern “enlightened” people are telling ourselves the wrong kind of story. We tell ourselves that we used to believe in God and demons and dragons but now we believe in science and rational thinking and if it can’t be proven it is probably not true.

But in reality, Taylor says (in 850 pages!), what really happened was a variety of cultural shifts that were largely implications of the Christian faith. Ideas like loving God meant loving the people around you, and stewarding and learning about the creation really helped lead to the invention of things like the scientific method.

I am way oversimplifying here, but Taylor’s story is comprehensive and compelling, and because of all the culture shifts, he says that we were able to create something called the immanent self.

Immanent meaning closed off to both the good and hostile spiritual forces around us. The demons lost their power over us, and the church lost its magic too.

This is at the heart of the arguments over the Sacraments in the Catholic/Protestant divide. The Eucharist stopped being seen as mysteriously the actual Body and Blood of Christ, and started being a symbol.

At first glance that might be a hard connection to make between communion and spiritual warfare, but does it make a difference if you know that witches used to sneak into Mass and steal bits of the bread to make their spells? Or that the Latin phrase Hoc Est Corpus that was pronounced by the priest over the bread is where we get the phrase “Hocus Pocus”

500 years ago, everyone lived in what Taylor calls “an enchanted world” where anything is possible. We were “porous,” open to enchantment and vulnerable to both the good and the bad spiritual forces in the world.

Today, not so much.

We live in a secular, disenchanted age. We don’t believe in demons or angels around every corner, and we haven’t worried about witches sneaking in to steal communion.

I get that there are a lot of positives to these developments, but there is a cost to this kind of thinking as well. Because what happens when you bump into something that feels…well magical?

Here’s how Beck says it:

Here and there in this secular age we also experience updrafts of transcendence, a pull toward the heavens. We’re interrupted by wonder and awe. We’re surprised by joy. We experience a deep-seated ache and yearning, a feeling of restlessness, a longing for home. Even in an age of particle physics and brain scans, we still bump into the magic from time to time, still experience the enchantment of the world. We’re skeptical and scientific people, yes, but we’re also haunted by the suspicion that the universe is more than the sum of its subatomic parts. We have downward pressure of skepticism and disenchantment, where the enchanted world is emptied out and all that is left is the flat, horizontal drama of human action and interaction.

So Beck, summarizing Charles Taylor’s work says that in our secular age, all of us have these kind of Cross pressures we live in. One that pushes us downward toward skepticism and disenchantment and materialism, but occasionally we feel the updraft of transcendence and we don’t know what to do with it.

And that leads me to Scooby Doo.

Because Scooby Doo is a perfect example of what it looks like to live in a disenchanted age.Think about every Scooby Doo episode you’ve ever seen. It starts out with an enchanted world. They’re in some haunted mansion, chasing down a ghost or goblin of some kind. All of them are terrified because they are vulnerable to the spiritual forces of the universe and at some point Shaggy runs away screaming and Scooby says “ruh­roh”

But then the turn comes. And the ghost trips over some chair or accidentally overplays its hand, and these detective kids suddenly realize that this isn’t a ghost at all.

Then there is the great unmasking, where they pull back the disguise and sure enough…there are no demons in the world, this is just Old Mr. Dickerson, the greedy banker trying to get rich.

When the downward pressure of skepticism win and the enchanted world is emptied out, all that is left is the flat, horizontal drama of human action and interaction. This is the trajectory of a Scooby-Doo episode, the journey to discover that, in the end, there are no ghosts or gods or devils. In the final analysis, at the end of the thirty-minute adventure, there are only human beings.

And here is Beck’s sweet spot, because I know him well, I really appreciated this section, because I’ve seen him live it out. What happens when progressive, disenchanted Christians try to follow Jesus into the messy places of the world without a robust theology of Spiritual warfare?

The battle becomes precisely against flesh and blood.

Social justice becomes entirely political without regard for the Christian tradition that recognizes there are forces larger than any one person at work animating the evil at work in the world. And when we can’t see, or don’t believe in those forces, when we Scooby Doo the situation in front of us, we beat the crap out of the greedy banker.

Here’s how Beck says it:

Spiritual warfare is a battle between good and evil if we focus exclusively on the spiritual element. But what happens to doubting and disenchanted Christians is that the spiritual element is rejected or ignored in favor of a completely political vision. Spiritual warfare is routinely traded in for political warfare. And in political warfare the battle becomes very much about “flesh and blood,” about defeating the Bad People. People like Justine Sacco. So the mob forms, picking up their Twitter pitchforks. The Angels of Light go marching off to war. We want to fight things like racism but in the process we end up attacking human beings and ruining their lives. And it’s this violence against human beings that a vision of spiritual warfare is trying to prevent.

If there isn’t a spiritual dynamic at work in the struggle, if the struggle for social justice is thoroughly disenchanted, then it’s destined to be a battle against other human beings, against the Bad People. When spiritual warfare loses its spiritual component our battle can’t help but become against flesh and blood.

I recently had a conversation with an older, very wise Christian woman who told me that in her experience over the past decade something has changed in church.

It used to be that people who were more conservative were mean and unkind to each other when they disagreed, there was always a fear of stepping over some line and being called a heretic (and to be sure in some circles that still happens a lot today), but then she said, in her experience, today it is the more progressive Christians who more often act out in mean and unkind ways. If you dare to not endorse their particular version of social justice, or don’t care about the same issues to the same degree they do, they will lash out using very similar language to what she used to hear from the more conservative group.

She asked me why I thought that was.

I told her that it was because Western Christianity has watched too much Scooby Doo.

Next Up: A Theology of Revolt

September 1, 2016 "Missional" May Not be What You Think
Recent Comments
30 Comments | Leave a Comment
"Avoidance of these verses is at the heart of faulty conclusions. Humanistic interpretations are why ..."
Glenn Harrell What To Say When Someone Says ..."
"I think what you should say is: "I don't want to kink shame, but that's ..."
Spirit Plumber What To Say When Someone Says ..."
"Jesus dying temporarily for our sins doesn't really make much sense. Here's why:Let's say I ..."
C Nault What is a “Sacrifice of Atonement”?
"Any updates on when it will be released???"
Brian Kelly The “Second” Testament
Browse Our Archives
get the latest from
Evangelical
Sign up for our newsletter
POPULAR AT PATHEOS Evangelical
1